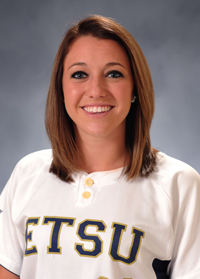 Prior to ETSU:  A switch hitting outfielder who has played multiple sports throughout her high school career – lettering in softball, track, and basketball … as a junior, Fox hit a blistering .615 (40-for-65) with 11 doubles, four triples and two home runs … also drove in 19 runs, while going 21-of-23 in the stolen base department ... helped guide the War Eagle to a 5A Region Championship and State Sectionals … was named Region 5A Defensive Player of the Year, Offensive Player of the Year, and posted the highest batting average, slugging percentage (1.000), and on-base percentage (.643) among players in the region as well.