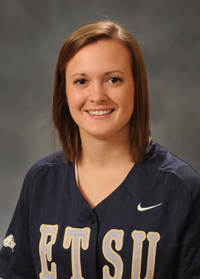 2012 Season: Appeared in 22 games and was used in key situations in 14 pinch running opportunities … scored five runs … made her only start at shortstop at Tennessee Tech (4/24).

High School:  A catcher/utility player out of Houston High School in Germantown, Tenn. … hit .398 with a .553 on-base percentage for her career with the Mustangs … the four-year varsity letterwinner was named All-Metro Best of Preps in 2010 and appeared in the 2008 and 2009 sectional championships … played her summer ball for the Nashville Cruisers and Forth Worth Batbusters Gold.