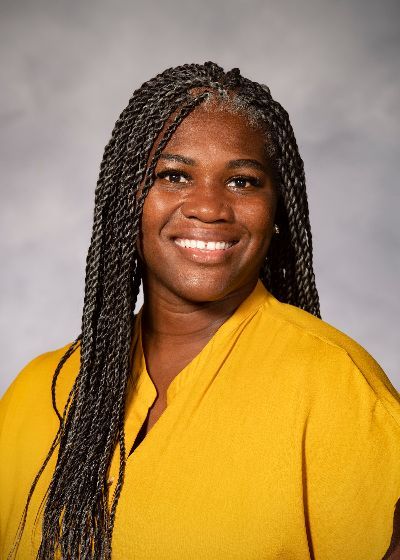 Jenkins enters her fourth season leading the Buccaneer volleyball program with a compiled record of 43-32.

Jenkins, who became the seventh head coach in program history, spent three seasons as an assistant coach at the University of South Florida prior to ETSU. Prior to her time at USF, Jenkins coached as an assistant at Coastal Carolina, Santa Fe College in Gainesville, Fla., and was the head coach at Lincoln Park Academy.

During her time at USF, Jenkins made an immediate impact coaching the middle blockers and outside hitters. Jenkins saw outside hitter Jac’cara Walker and middle blocker Clara Payne receive All-American Athletic Conference honors in 2018. Walker totaled 375 kills, which ranked third among AAC outside hitters, and also recorded 14 double-doubles. Payne, who finished her career fifth all-time in USF history in block assists (360) and eighth in hitting percentage (.282), posted 280 kills, 115 blocks and 29 service aces this past season.

As a team, USF won 20 matches in 2018, and made its first postseason appearance since 2002. The 20 wins were also the most by a Bulls team in over 15 years. The 2018 squad ranked third in the conference in blocks and fourth in hitting percentage, while Jaeden Brown finished the year ranked 32nd nationally in total blocks with 146.

In her first season at USF, the Bulls posted an eight-win improvement from the previous year as they totaled 19 victories. USF ranked in the top-5 among conference leaders in hitting percentage, with middle blocker Joli Holland (.337) and Payne (.321) both ranking in the top-10 in the statistical category. Over her career, Holland ranked fifth all-time in program history with a .302 attack percentage.

Prior to USF, Jenkins spent the 2015 season at Coastal Carolina where the Chanticleers went 29-5 overall, 14-0 in the Big South and went to the NCAA Tournament. Coastal Carolina won 18 straight matches during the year, while the Chanticleers boasted the ninth-best hitting percentage in the country. Jenkins made an impact on the Coastal Carolina hitters as Eszter Nagy ranked 12th nationally with a .417 hitting percentage and Annayka Legros finished 55th with a .364 clip. Both Nagy and Legros earned all-Big South honors, while Jenkins also saw Leah Hardeman earn Big South Player of the Year and AVCA All-Region accolades.

Jenkins began her coaching career at Lincoln Park Academy from 2010-12, and was the founder of the A-Vaneb Volleyball Academy in Fort Pierce, Fla. Following her three-year stint as head coach at Lincoln Park Academy, Jenkins took over as an assistant coach at Santa Fe College. In 2014, their first year of competition, the Saints went 31-7 and won a share of the Mid-Florida Conference title.

Jenkins has compiled an overall record of 111-55 as an assistant coach. She also played collegiately at the University of Florida from 1999-2003. During her playing career, Jenkins helped guide the Gators to a 127-12 overall record (72-0 in Southeastern Conference play) and two Final Four trips, including an appearance in the 2003 NCAA Championship.

Jenkins was an All-American middle blocker at Florida where she totaled over 1,000 kills and 600 blocks. The Fort Pierce, Fla. native became the first Gator to finish with over 600 career blocks, and was a three-time AVCA All-American and four-time all-SEC performer. During her four years in Gainesville, Florida won four straight SEC championships and advanced to back-to-back Final 4 appearances, while reaching the championship game in Jenkins’ senior season. Jenkins was inducted into the Florida Hall of Fame in 2017.