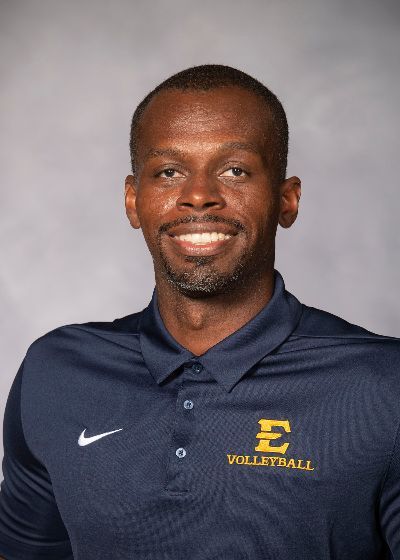 “I am thrilled to have Giovanny join us at ETSU,” shared Jenkins. “Giovanny has worked on the NJCAA and NCAA level developing setters and coaching the offensive side of the game. Giovanny is personable, relatable, and has a passion for developing people with a servant mentality. Giovanny has a relentless work ethic that will continue to help him be a successful coach, as well as helping our program continue to propel forward. Please help me in welcoming Giovanny to our ETSU family.”

Delevry has coached at all levels, including two Division I programs, one Division II program, and at the JUCO level.

“I want to thank Scott Carter, Director of Intercollegiate Athletics, and Benavia Jenkins for inviting me to be part of such a successful program,” Delevry said. “Benavia and I have known each other quite some time. I know where she’s coming from and her goals are my goals. The first time I spoke to Scott on the phone, you could hear and feel the energy and pride he has in ETSU and its athletic programs. He is a Buccaneer through and through.”

Delevry joins the ETSU staff after serving a year as an assistant coach at Marshall University. During his stint at Marshall, Delevry helped Marshall defeat ACC opponent Georgia Tech at the Hampton Inn Bama Bash. As the middle blocker coach in charge of team blocking schemes, he played an active role in Lauren Mattmuller recording a career high in kills, blocks, digs, aces, and assists in her final season. He coordinated the logistics for Herd camps and clinics, and also has experience using VolleyMetrics and opponent scouting.

Prior to Marshall, Delevry spent a year at Winthrop University, where he served as the passing and defensive coach. He was in charge of developing and coordinating block and floor defense, solidifying serve receive and getting passers passing to their strength. He was also in charge of clinics and opponent scouting. Delevry helped Winthrop to a Big South Conference All-Tournament appearance and three Big South All-Conference Regular Season Honors.

Before joining Winthrop, Delevry spent three years as an assistant coach of Florida Institute of Technology. He coached the setters, middle blockers, and pin hitters. Delevry was the recruiting coordinator and camp coordinator. Under his guidance, Florida Tech had an All-SSC Honorable Mention Senior middle blocker and a Freshman middle blocker that were named to the All-Newcomer Team. Florida Tech defeated #17 ranked Florida Southern in 2015.

Delevry began his volleyball coaching career in 2010 at Indian River State College, working with all athletes to develop skills, as well as strength and conditioning. He started the programs’ first social media accounts and handled the recruiting efforts. He led his team to 24 All-Conference selections, three All-State selections, and one All-American, which was the first in 13 years. Indian River State also had two state appearances in four years and a 21-win season in their first year, sending five players to play at the Division I level.

Delevry has been a head coach for 11 years between Club and High Performance. Prior to coaching in the NCAA, Delevry worked privately with several Division I players, one of which led the nation in blocking during her time at the University of Louisville, three professional players, and one national team player.

Delevry graduated in May 2015 from Warner University with a degree in Business Administration.