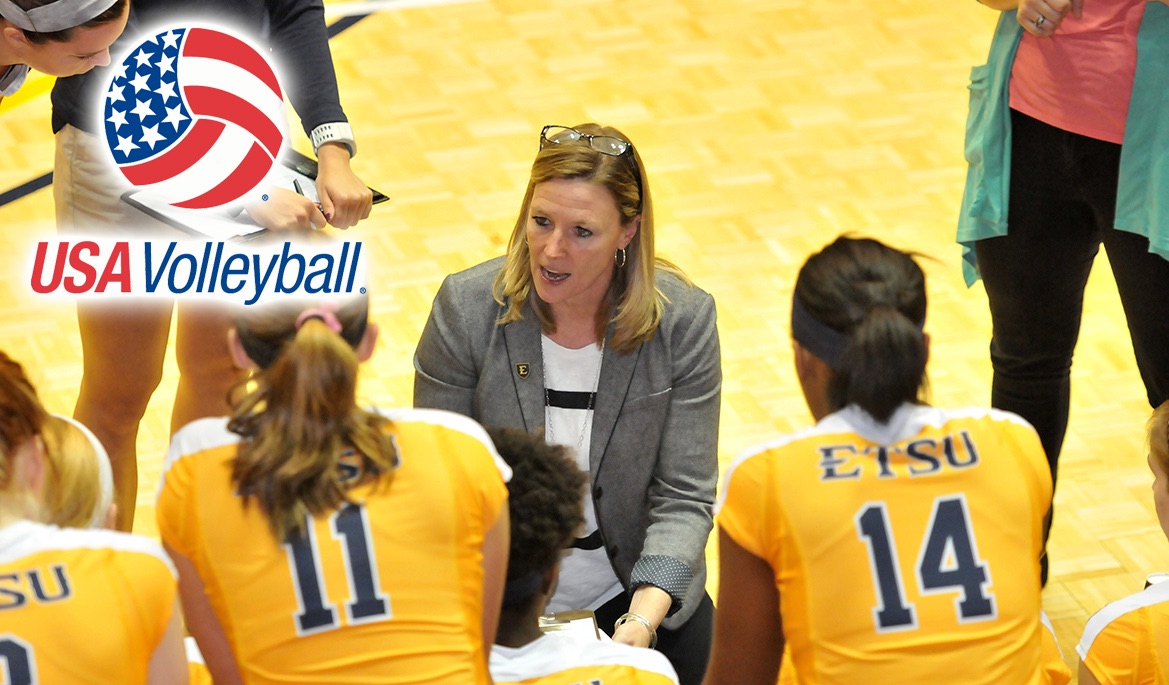 JOHNSON CITY, Tenn. (July 30, 2015) – ETSU volleyball head coach Lindsey Devine gears up for another coaching stint with the U.S. Girls’ Youth National Volleyball Team (GYNT) as they begin preparations for the 2015 FIVB Youth World Championship, which will be held August 7-16 in Peru.

Devine wrapped up a stint at the U.S. Olympic Training Center in Colorado Springs, Colo., as the team finalized its 12-player roster and held training sessions. The GYNT traveled to Buenos Aires, Argentina, on July 28 and will participate in a Pre-World Championship Competition hosted by the Argentina Volleyball Federation. The GYNT delegation will travel to Lima on Aug. 4 to train and acclimate before the World Championship.

Team USA qualified for the World Championship after finishing with the silver medal at the 2014 NORCECA Women’s U18 Continental Championship in Costa Rica.

Coach Devine has been successful on a national level as she began her coaching duties for USA Volleyball in the summer of 2012. Devine, who is coaching with Jim Stone, took the U.S. Girls’ Youth National Team to Pula, Croatia to compete in the 2012 European Challenge.

In the summer of 2013, Devine rejoined Coach Stone for a second straight year, as the Buccaneer leader was appointed an assistant coach for the U.S. Girls’ Youth National Team. Devine spent time in Colorado Springs, Colo. and Anaheim, Calif., helping select the team before taking part in the World Championships in Thailand. While in Thailand, the U.S. made history by winning the silver medal, marking the first time the team had ever medaled at the championships.

Devine, ETSU’s all-time winningest coach with 204 career victories, enters her 13th season with the Buccaneers. ETSU opens the 2015 at Virginia Tech on August 28.