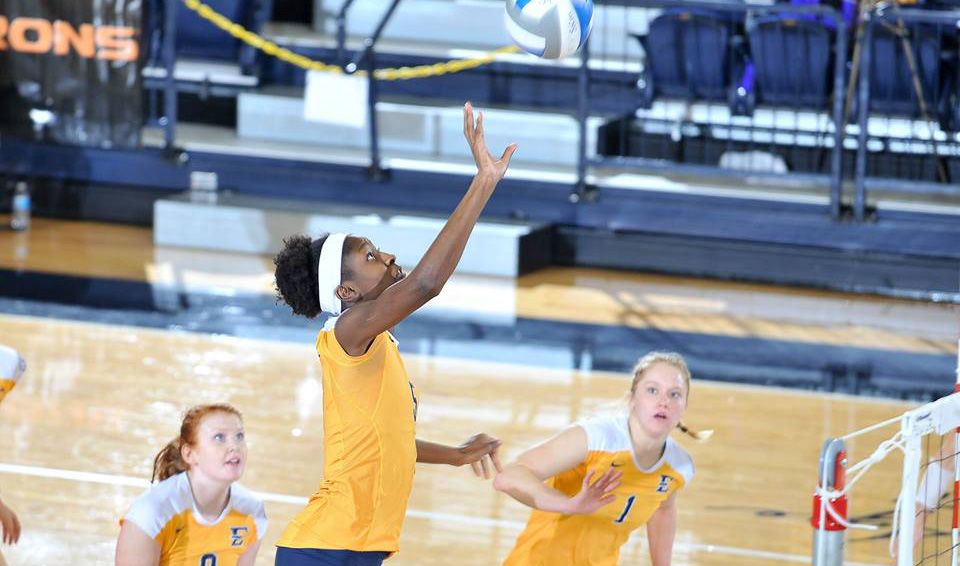 “I thought we were prepared to compete as soon as the match began,” said ETSU head coach Lindsey Devine. “Everyone that was on the court and the bench were all into the game, which is something we always stress.”

Set 1: The Hokies got out to a quick 3-0 lead in the first set and never looked back as they won the first stanza, 25-19. Despite trailing the frame, ETSU trailed by just three points late (18-15), before VT scored seven of the next 11 points to take a 1-0 lead on the Buccaneers.

Set 2: The Bucs turned the tables on Virginia Tech in the second set as they scored eight of the first 10 points in the set. The Hokies answered, however, with their most efficient offensive set in the match hitting .370 (12 kills, 2 errors in 27 attempts) in a 15-4 run to not only take the lead on ETSU but also the set, 25-19.

Set 3: Despite having a 4-0 and 3-0 run in the third set, ETSU was not able to upend the Hokies as it fell in the third and deciding set, 25-19. Junior Briana Allmon (Flower Mound, Texas) and freshman Mariah McPartland (Boone, Iowa) paced the Buccaneers’ offense in the third with three and two kills, respectively.

“The biggest thing we have to work on is that we have to be a little more consistent and manage points better,” said Devine.

Next Up: ETSU returns to action Saturday morning at 9 a.m. when it takes on Washington State University on the campus of Radford University. The Buccaneers will also have a match later in the day against LIU Brooklyn. First serve for the second match is scheduled for 4:30 p.m.