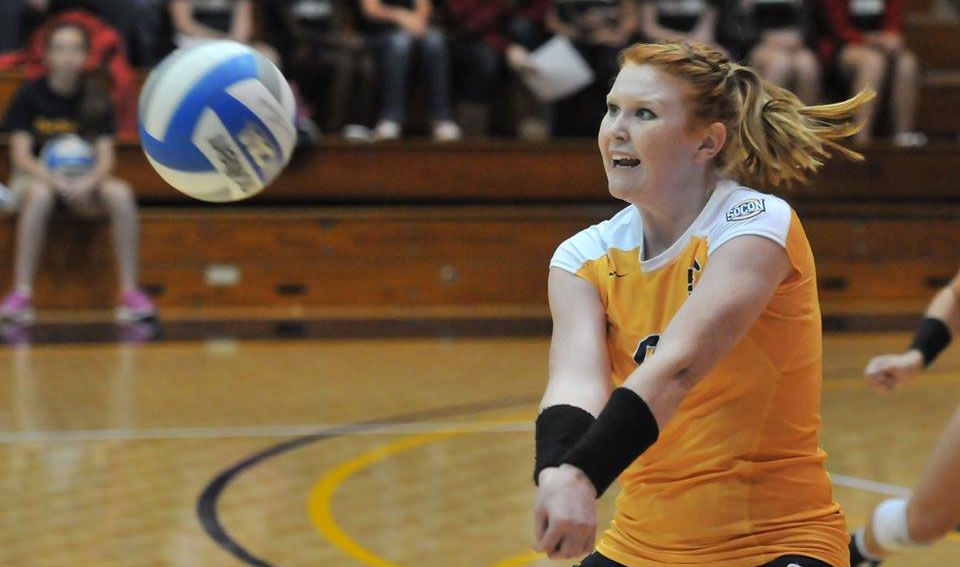 “Our first weekend tournament showed many positive steps,” said ETSU head coach Lindsey Devine. “Getting a win with many new faces contributing was promising for our team. Overall, I was impressed by the way the team battled.”

Washington State Recap: Washington State got out to a quick 7-0 lead in the first set and never looked back as it not only went on to take the first frame, 25-18, but it also took the next two stanzas en route to 3-0 sweep of the Buccaneers.

Despite the loss, ETSU out-blocked the Cougars seven to six in the tilt. It is the second straight match that the Bucs have held the edge in blocks. Khadijah Wiley (Columbus, Ga.) and Mariah McPartland (Boone, Iowa) led the team with four and three denials, respectively. While Wiley and McPartland led on the block, Briana Allmon (Flower Mound, Texas) paced the squad offensively with 11 kills in 31 attempts.

LIU Brooklyn Recap: In the second match of the day, the Buccaneers used a balanced offense along with a stifling defense to earn their first victory of the season, 3-1. ETSU put together its best offensive performance of the season hitting .214, while totaling 15 blocks and 44 digs.

Individually, the Bucs had four players post at least seven kills in the victory: Wiley (14), McPartland (7), Allmon (7) and Rylee Milhorn (7) (Kingsport, Tenn.). Like in the first match of the day, the Buccaneers made their mark on the block. ETSU’s two middle blockers, Wiley and McPartland, combined for six solo blocks and nine block assists. Wiley matched a career-high with nine total blocks.

Next Up: The Buccaneers will return to the court Sept. 4-5 when they compete in the Trojan Invitational in Troy, Ala. ETSU will face off against Alabama State Friday and will compete in a pair of matches Saturday against CSU Bakersfield and Troy.