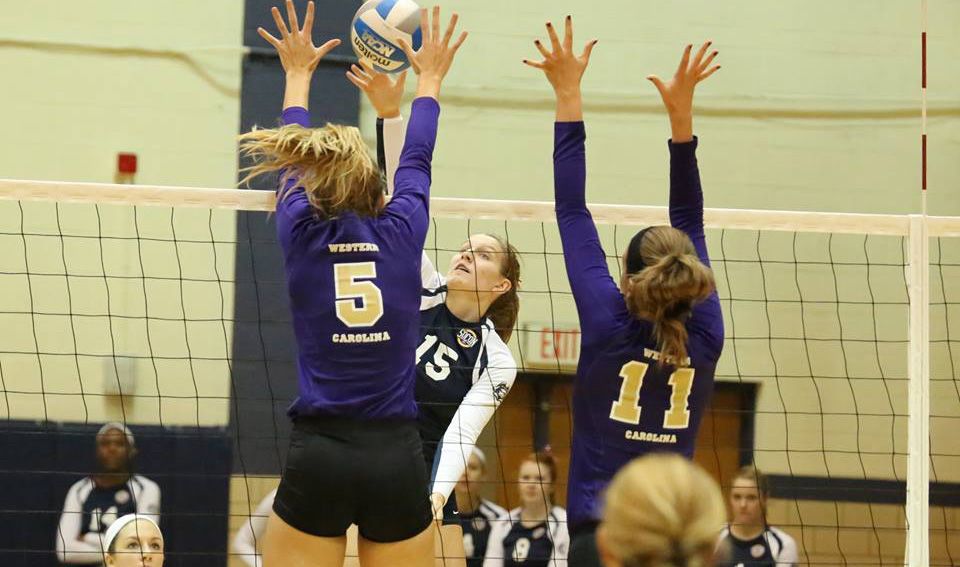 “Once we made adjustments to how they were playing us, our girls responded very well,” said ETSU head coach Lindsey Devine. “Thanks to those adjustments, we were able to get ourselves in good position with a lead for the majority of the match.”

Set 1: ETSU used a strong collective effort defensively to take the first frame from Alabama State, 25-21. The Bucs held the Lady Hornets to a .030 attacking percentage in 33 attempts and five players tallied at least two digs.

Despite being out-blocked six to two, the Bucs were able to prevail thanks in part from the offensive production of Rylee Milhorn (Kingsport, Tenn.). Milhorn notched six kills in 13 attack attempts, while committing just two errors (.308 hitting percentage). The six kills were just one shy of her season-high in that category.

Set 2: In the second set, ETSU struggled with errors. The Buccaneers committed 14 total miscues in the frame, including four service errors and 10 attack errors. Alabama State took advantage of ETSU’s mistakes and evened the match with a 25-21 win.

Set 3: The Bucs put together their best offensive set of the season in the third, as they hit .480 with just one error to regain the lead, 25-13. ETSU received a spark off the bench from Allison Humes (Somonauk, Ill.). Humes tallied three kills in five attempts to go along with two blocks in the stanza.

Set 4: ETSU’s offense kept rolling in the fourth, which proved to be enough to finish off Alabama State, 25-8. The Bucs hit .408 with 15 kills in 32 attempts, while holding the Lady Hornets to a match-low -.074 hitting percentage. Over the final two sets, ETSU outscored Alabama State 50-21 and hit a collective .441 with 29 kills in 59 attempts.

Next Up: ETSU will compete in a pair of matches Saturday to conclude play at the Troy Invitational. The Bucs will take on CSU Bakersfield at 10:30 a.m. and will close out the invite with a matchup against Troy at 3:30 p.m.