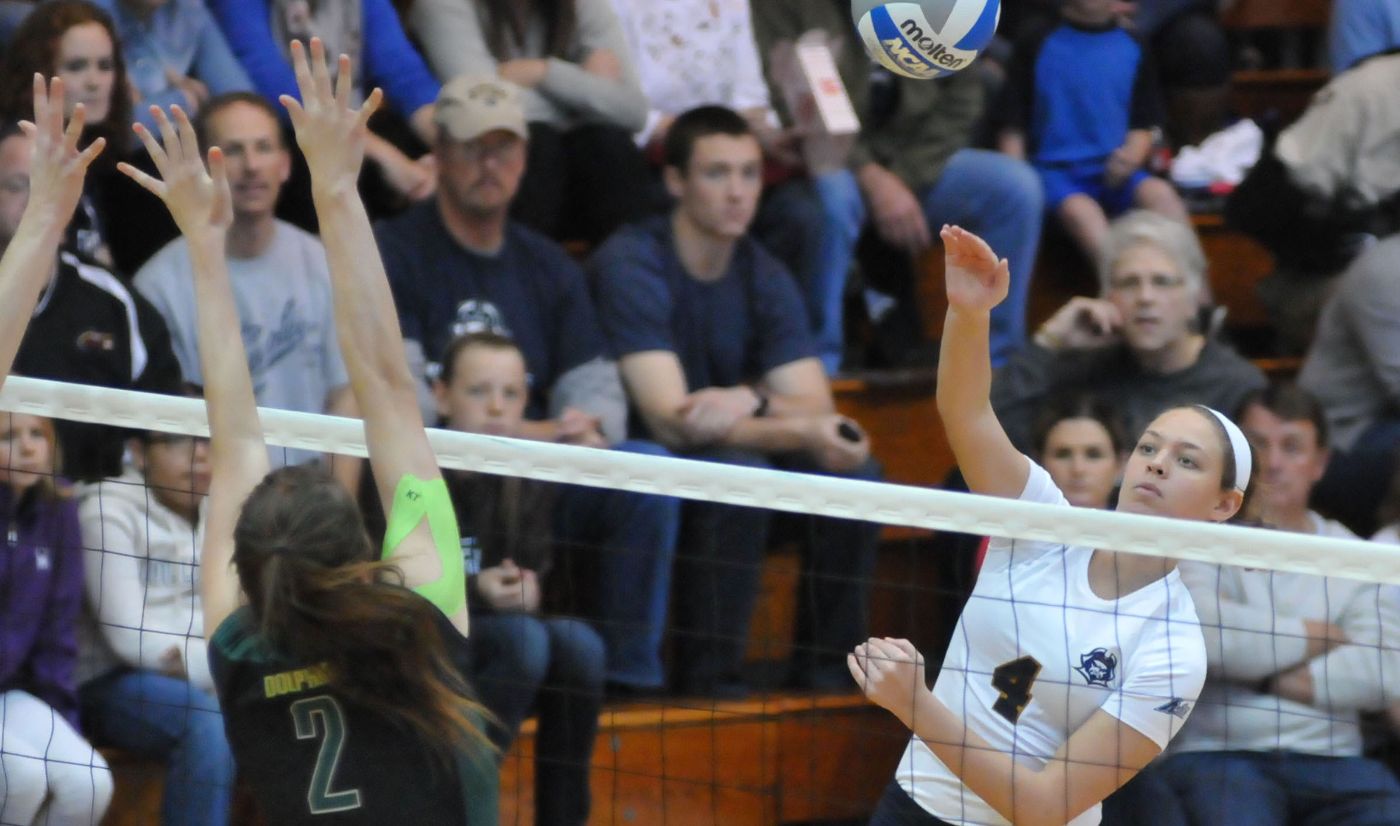 Clemson Recap: Despite receiving several standout performances, the Buccaneers dropped the opening match of the day to Clemson, 3-1. Briana Allmon (Flower Mound, Texas) had a career-high 23 kills to go along with 11 digs to notch her second consecutive double-double, while sophomore Rylee Milhorn (Kingsport, Tenn.) also put together her second straight double-double with 16 kills and 15 digs to lead the Bucs.

The opening frame versus Clemson was very close the entire way as the score was tied at nine different points. Despite the tightness of the set, it was the Tigers that scored when they needed to as they scored back-to-back points with the score tied at 23 to take the set, 25-23.

The Buccaneers held a pair of four-point leads early in the second set, but Clemson clawed its way back to tie the score at 10-10. Despite the Tigers’ persistence, the Buccaneers hit .314 in 35 attempts with just three errors the frame to even the match at one, 25-20.

Clemson got out to a 17-7 lead in the third, but the Bucs rallied all the way back with their most productive offensive frame in the match (.371 in 35 attempts) to force some extra points. Unfortunately for the Bucs, Clemson scored back-to-back points to take the third, 29-27.

In what proved to be the deciding set in the match, the two teams jockeyed for the lead the entire set. There were 14 points at which the score was tied and there were also six lead changes. Both teams had streaks during the frame but Clemson reeled off a 3-0 run to finish of the set and the match, 25-22.

USC Upstate Recap: The Bucs used the momentum they gained against Clemson in their first match to their advantage in the second match against the Spartans. Allmon led the team with 17 kills and Milhorn notched another double-double with 13 kills and 16 digs. In addition to Allmon and Milhorn, Kristen Favre (Plano, Texas) tallied 43 assists (14.33 assists per set) and Hailey Aguilar (Oswego, Ill.) notched 19 digs, which was one shy of a career-high.

The two teams exchanged points for the majority of the first frame until the Bucs rattled off a 10-4 run to take the first set, 25-19. Senior Khadijah Wiley (Columbus, Ga.) tallied three of her seven kills in the first frame during the Bucs’ run.

ETSU struggled offensively in the second not only with errors not only on the attack but also on the serve. Despite hitting a match-low .170, the Bucs won the second 25-23 thanks to their defense holding the Spartans to a .026 hitting percentage.

The Bucs got the first point in the third via Spartan attack error and did not give the lead back as it rode it to the set victory, 25-20. ETSU led by as many as nine points in the final frame.

Next Up: The Bucs will conclude play at the Clemson Classic Saturday morning when they face Presbyterian College at 11 a.m.