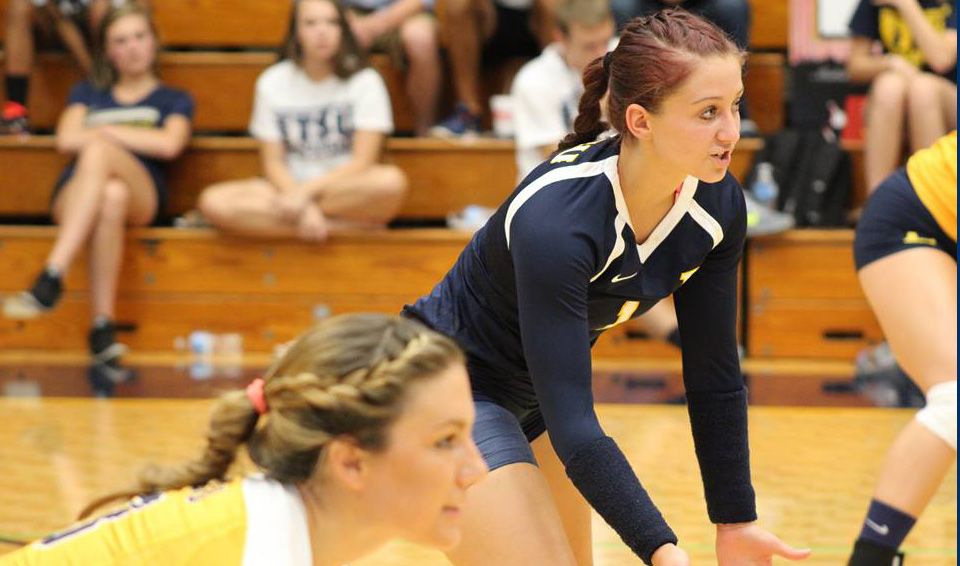 ETSU moves above the .500 mark with the victory

CLEMSON, S.C. (Sept. 12, 2015) – A day after sweeping USC Upstate, the East Tennessee State University volleyball team collected another sweep Saturday against Presbyterian College in the final day of the Clemson Classic. The Bucs took the three frames by scores of 28-26, 25-13 and 25-20. With the win, ETSU improves to 4-2 in its last six matches and 5-4 overall.

“I was really pleased with the effort and the execution this weekend as a whole,” said ETSU head coach Lindsey Devine. “We had a great week of practice and it carried over to the matches.”

Set 1: Both teams came out swinging to begin the match as they put together their best offensive performances in the first. The score was tied at 18 different points during the stanza, but ETSU collected back-to-back points with kills from Rylee Milhorn (Kingsport, Tenn.) and Mariah McPartland (Boone, Iowa) to close out the frame, 28-26.

Set 2: It looked like the Blue Hose would even the match at one as they got out to a 10-7 lead on the Bucs. ETSU answered, however, with a season-high 11 straight points to take the lead and eventually the set, 25-13. Senior Khadijah Wiley (Columbus, Ga.) was one of the main cogs in the comeback for the Bucs collecting three kills and two blocks during the run.

Set 3: The third and what proved to be the final set was much like the first with several tied points. However, the deciding run came a little earlier as ETSU scored six of the last seven points to seal its second straight victory, 25-20.

Notes on the Bucs

Next Up: ETSU, now 5-4, will return to the court in its final non-conference tournament of the season next weekend when it competes in the Comfort Inn-Vitational hosted by Morehead State. The Bucs will face the Eagles, Marshall and Akron at the event.