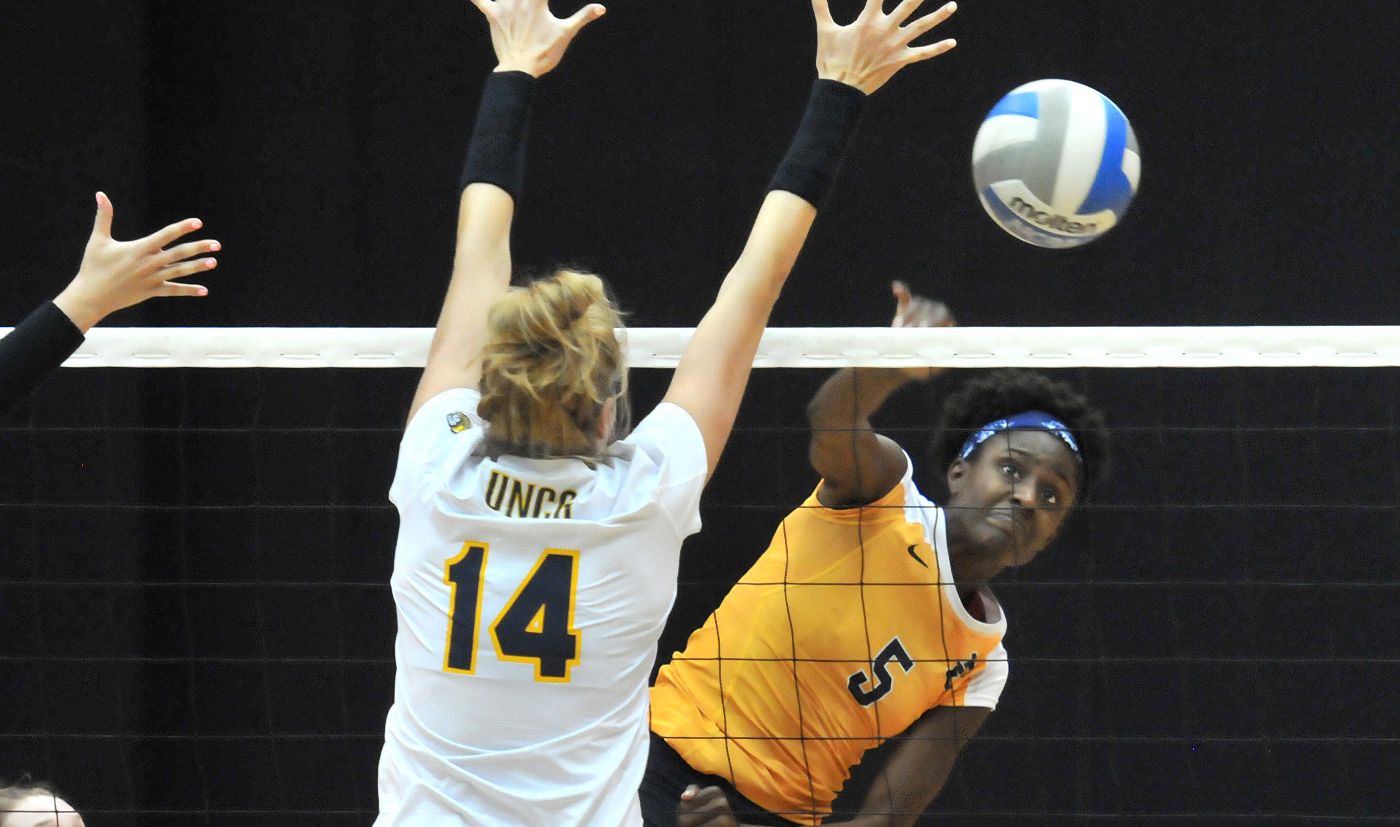 JOHNSON CITY, Tenn. - The East Tennessee State University volleyball team closes out its tournament season this weekend at the Comfort Inn-Vitational in Morehead, Ky. The Bucs will take on Marshall, Morehead State and Akron in the event.

Scouting the Buccaneers
ETSU is coming into weekend after posting back-to-back 2-1 weekends. In the Bucs’ last action they picked up a pair of sweeps over USC Upstate and Presbyterian and lost a close 3-1 decision to Clemson.

The Bucs, now 5-4 this season, have had contributions from several players so far.  Sophomore Rylee Milhorn (Kingsport, Tenn.) leads the team averaging 3.40 kills per set, while ranking second on the squad with 2.80 digs per frame. Senior Khadijah Wiley (Columbus, Ga.) has also been a force on both sides of the ball through the early going as she ranks third on the team with 84 kills and paces ETSU in service aces (10) and blocks (45).

Scouting the Opponents
Marshall: Marshall has hit a little bit of a skid as of late with two straight losses after beginning the season 8-1. The Thundering Herd own victories over ACC teams, Boston College and Wake Forest as well as a five-set loss at West Virginia.

The Thundering Herd’s offense is led by Cassie Weaver who is averaging 3.44 kills per set and their defense is paced by Allie Kellerman who is averaging nearly 5.00 digs per set in 2015 (4.94). Additionally, Kellerman was also named Conference USA’s Defensive Player of the Week Monday.

Morehead State: The Eagles have a 2-8 mark so far this season and have won a total of five matches the past two seasons after posting five straight seasons of at least 21 victories. Morehead State is led this season by Merideth Jewell who leads the Ohio Valley and ranks seventh nationally with 180 kills.

Akron: Tom Hanna is in his first season as the head coach of the Zips and the results have been favorable thus far as the team has nearly reached its win total from 2014 (8 in 2014, 6 in 2015). One of the keys for Akron in its turnaround has been its work from the service line. The Zips have the ninth-most aces in country (76) and lead the MAC in that category.

Quick Hits
Success Sustained
This season ETSU will try to acommplish something that it has only done one other time during its history and that is have a winning record for four consecutive seasons. The only other time the team did that it reeled off seven straight winning campaigns from 1987-1993.

National Defense
Khadijah Wiley has been a force on the block for the Bucs ever since her freshman season in the blue and gold with 410 total blocks. The 410 blocks are the third-most by an ETSU player in program history and ranks 11th nationally among active players.

Favre firing on all cylinders
After averaging 6.43 assists per set through the season’s first weekend, junior Kristen Favre (Plano, Texas) has nearly doubled that over the past two weekends averaging 11.57 assists per frame.  The Plano, Texas native ranks third in the SoCon averaging 10.29 helpers per set.

Starting Right
The Buccaneers have had very diferent levels of success this season based upon if they win the first set or not. ETSU is 5-1 when it takes the first frame but 0-3 when they don’t.

Seeing Double
Sophomore Rylee Milhorn has notched four straight double-doubles. During the stretch, the Kingsport, Tenn. native has averaged identical 4.07 marks in kills and digs. For her work on both sides of the ball, Milhorn has also been named to an All-Tournament team in back-to-back weekends.

Series History vs. Opponents
ETSU and Marshall have one of the longest histories among non-conference foes having met 33 times since 1984. The Bucs hold the edge over the Thundering Herd in the all-time series, 23-10 including a 3-2 victory in 2013 at Brooks Gym.

The Bucs don’t have nearly has much history with their other two opponents this weekend. ETSU is 1-1 all-time against Akron and 0-4 against Morehead State. ETSU won the last meeting with Akron in 2012 and the last meeting agains the Eagles came in 2009.