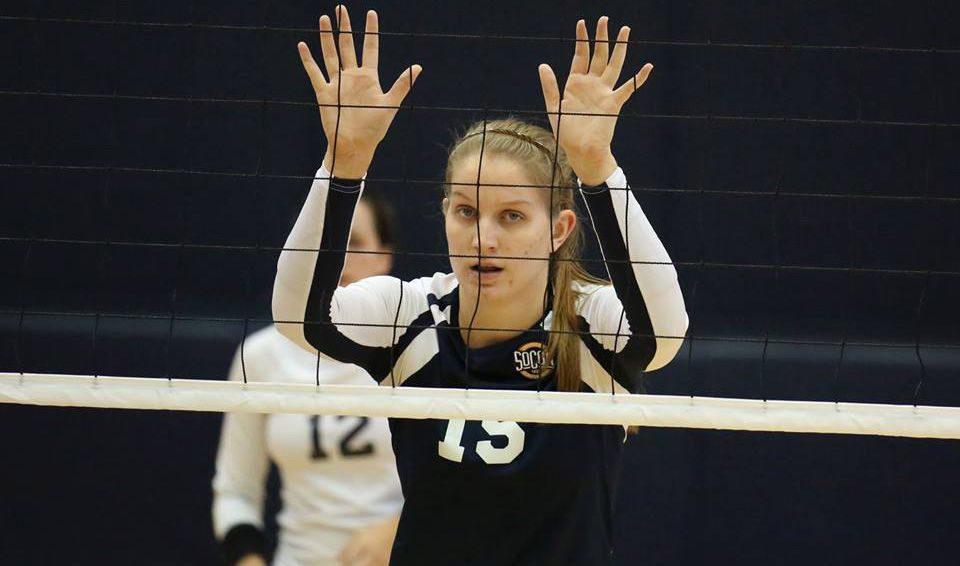 MOREHEAD, Ky. (Sept. 19, 2015) – The East Tennessee State University volleyball team notched its fifth consecutive win as it knocked off Akron, 3-1 (25-19, 21-25, 25-17, 25-18), Saturday at the Comfort Inn-Vitational. With the victory, ETSU not only improves to 8-4 this season, but also clinches its first non-conference tournament title since 2011 when it won the Country Inn & Suites Invitational in Chattanooga, Tenn.

“Everyone that made the trip this weekend had a positive impact in the match against Akron,” said ETSU head coach Lindsey Devine. “It was a very good match to close out the tournament season.”

The Bucs’ offense was rolling in the first set against Akron as it put together a match-high .409 hitting percentage in 22 attempts. Khadijah Wiley (Columbus, Ga.) and Rylee Milhorn (Kingsport, Tenn.) both posted five kills with no errors in the stanza.

ETSU struggled with attacking errors during the second. The Bucs committed 10 errors in the frame and the Zips took advantage of them as they evened the match at one, 25-21. Akron had a pair of 4-0 runs to fuel its victory.

The Bucs turned in a 10-1 run midway through the third set, which proved to be enough for them to regain the lead, 25-17. Freshmen Mariah McPartland (Boone, Iowa) and AJ Lux (Shelbyville, Ind.) sparked ETSU off the bench in the third. McPartland had a kill and a pair of blocks, while Lux added two kills.

Senior Jessica Schafer (Dekalb, Ill.) led the Bucs with three kills in the fourth set. Schafer and the rest of the Bucs got out to a 10 point lead on the Zips, which proved to be enough as ETSU finished off the set, 25-18.

Notes on the Bucs:

Next Up: The Bucs will make the long-awaited home debut Tuesday evening when they host Tennessee State at Brooks Gym. The first serve is scheduled for 5 p.m.