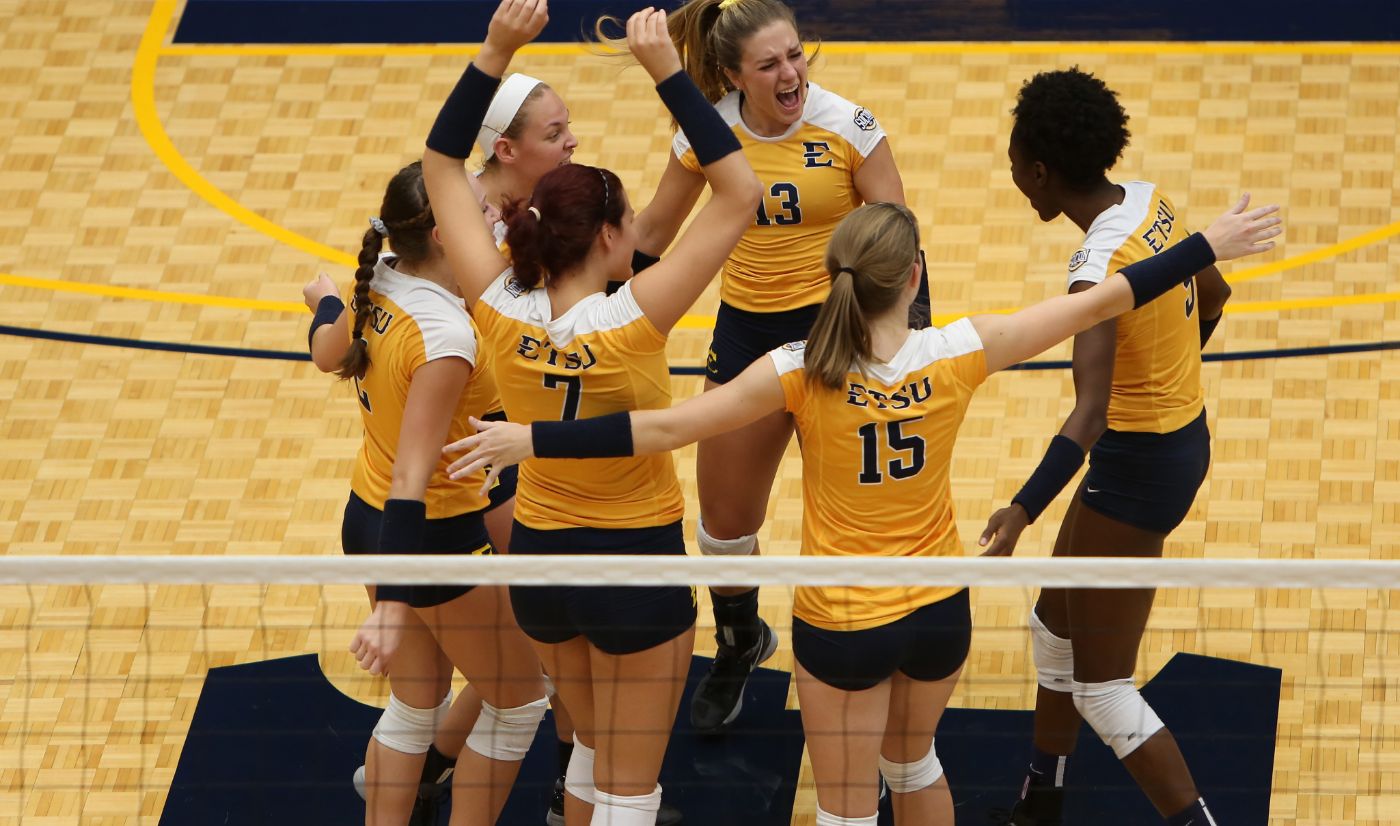 Junior Briana Allmon (Flower Mound, Texas) and sophomore Rylee Milhorn (Kingsport, Tenn.) led the Bucs Tuesday evening as each posted a double-double. Allmon totaled 12 kills and 12 digs, while Milhorn posted 12 kills to go along with 10 digs. The duo of Allmon and Milhorn have combined for 10 double-doubles this season.

ETSU rolled in the first set as it won it by a final score of 25-11. The Bucs’ offense was firing on all cylinders as they hit a collective .652 with no errors in 23 attempts. On the flip side of the ball, the Bucs also held the Tigers’ offense in check holding them to a .077 hitting percentage in the first.

After struggling in the first, Tennessee State rebounded with a stellar effort in the second but the Bucs still won the frame, 25-21. ETSU trailed by as many as five points (11-6) in the stanza but Mariah McPartland (Boone, Iowa), who had three kills in the second, and the rest of the Bucs rallied to take a 2-0 lead.

Next Up: ETSU takes its 9-4 record and six-match winning streak to Greenville, S.C. Friday where it opens conference play at Furman. First serve against the Paladins is scheduled for 6 p.m.