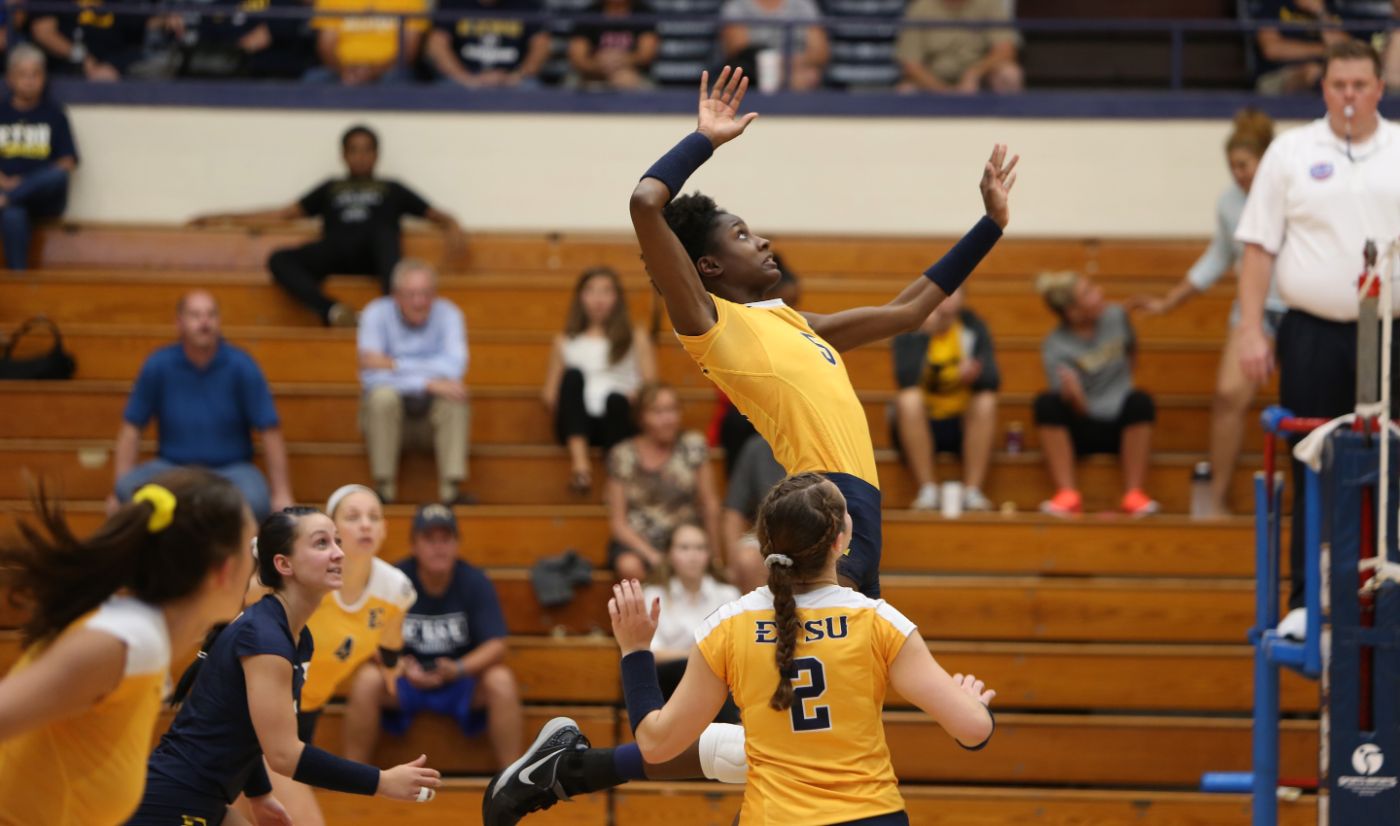 Briana Allmon (Flower Mound, Texas) led the Bucs with 21 kills, which is her second match this season with at least 20 kills. Senior Khadijah Wiley tallied 14 kills with two errors in 24 attempts (.500 hitting percentage) to go along with three blocks and Kristen Favre (Plano, Texas) dished out 51 assists (12.75 per set).

The tone of the first set was set by the hot-hitting by the Buccaneers. ETSU hit a combined .378, which was its highest mark in the match. Allmon, Wiley and Rylee Milhorn (Kingsport, Tenn.) combined for 11 of ETSU’s 16 kills overall as it won the first frame, 25-17.

Despite falling behind early, 6-1, ETSU worked its way back to tie the score at 14-14. After they tied the score, the Bucs used a combination of four Bulldog errors to go along with three kills from Allmon, Milhorn and another from Mariah McPartland (Boone, Iowa) to take a 2-0 lead in the match, 25-21.

Like in the second frame, the turning point was when the score was knotted at 14-14. However, in the third it was the Bulldogs that put together a run to take a set, 25-18. The Bulldogs got their offense rolling in the third hitting a match-high .321 with only a pair of miscues.

Neither team had its ‘A’ game in the fourth and what proved to be the deciding set as the two teams combined for 13 attack errors in the set. Despite the miscues by ETSU, it still opened a 10-point lead on the Bulldogs, 23-13. The deficit proved too large for The Citadel, however, as it fell in the fourth, 25-18.

Next Up: ETSU will return to Brooks Gym for a pair of matches this week as it takes on UNC Greensboro Wednesday and Mercer Saturday. Both matches are scheduled to begin at 6 p.m.