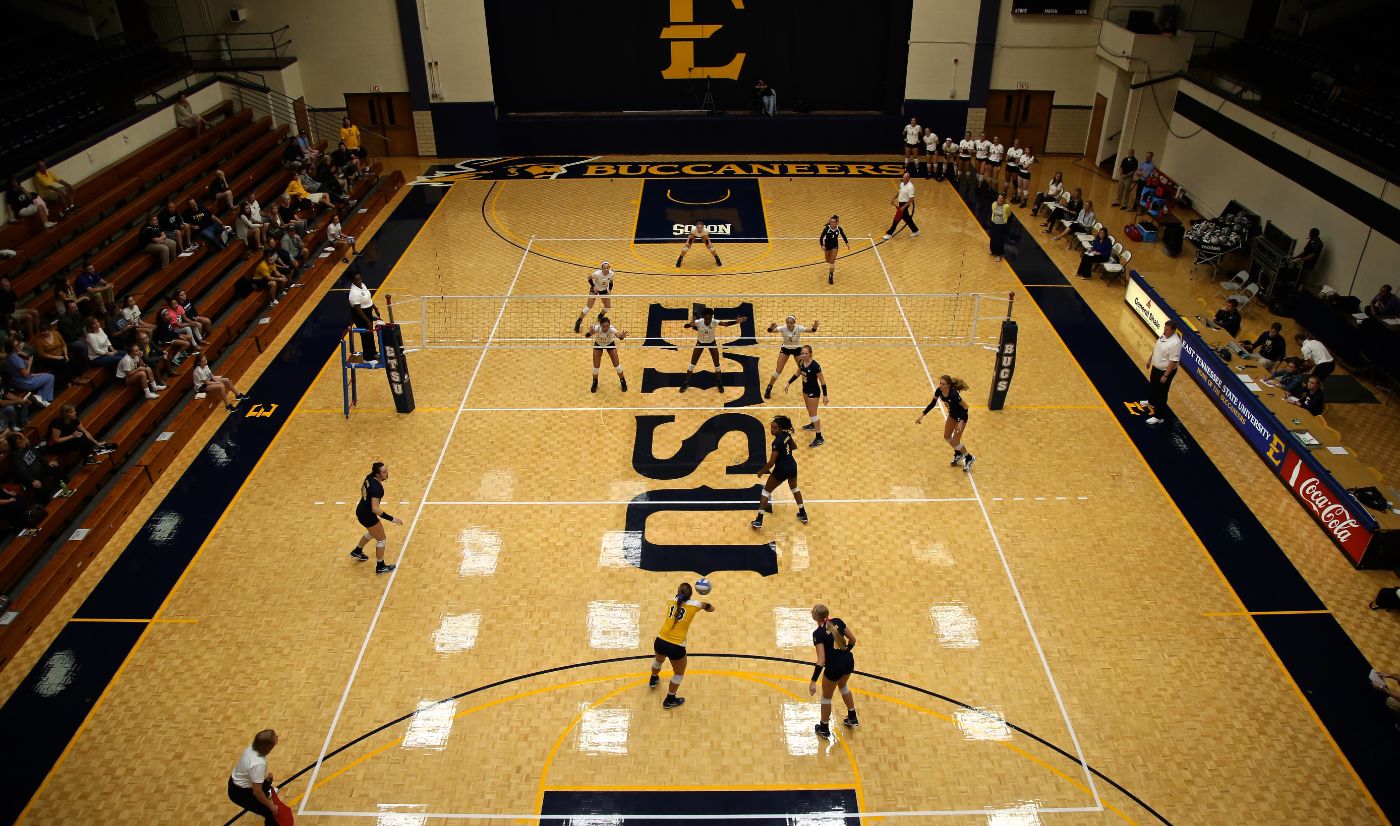 Briana Allmon (Flower Mound, Texas) led the Bucs with 16 kills on 30 attempts with a single attack error for a .500 hitting percentage. The .500 hitting percentage ties the highest mark by an ETSU player this season. Senior Khadijah Wiley (Columbus, Ga.) hit .500 as well in a 3-1 victory over The Citadel last Saturday.

The Buccaneers scored the first point of the opening frame with a kill from Allmon and they never looked back as they never trailed en route to a 25-21 set victory. Allmon paced ETSU with five kills to go along with four digs in the set.

UNCG struggled offensively in the second set hitting a match-low .000 with just five kills in 30 attempts. The Bucs defense totaled 19 digs and four blocks in the frame to increase their lead 2-0 with a 25-14 victory. Freshman Hailey Aguilar (Oswego, Ill.) led ETSU’s defensive effort in the second with six digs, while Rylee Milhorn (Kingsport, Tenn.) and Allmon chipped in four digs a piece.

The Spartans jumped on the Buccaneers out of the break getting out to a 15-9 lead, but after a timeout by Head Coach Lindsey Devine, the team took off scoring 16 of the next 23 points to finish off the match, 25-22. ETSU’s comeback in the third was collective effort as five different players notched a point during the run and three notched at least two, including freshman AJ Lux (Shelbyville, Ind.) who scored the last two points on kills.

Next Up: The Bucs, now 11-5 this season, will return to action Saturday when they host Mercer. The first serve is scheduled for 6 p.m.