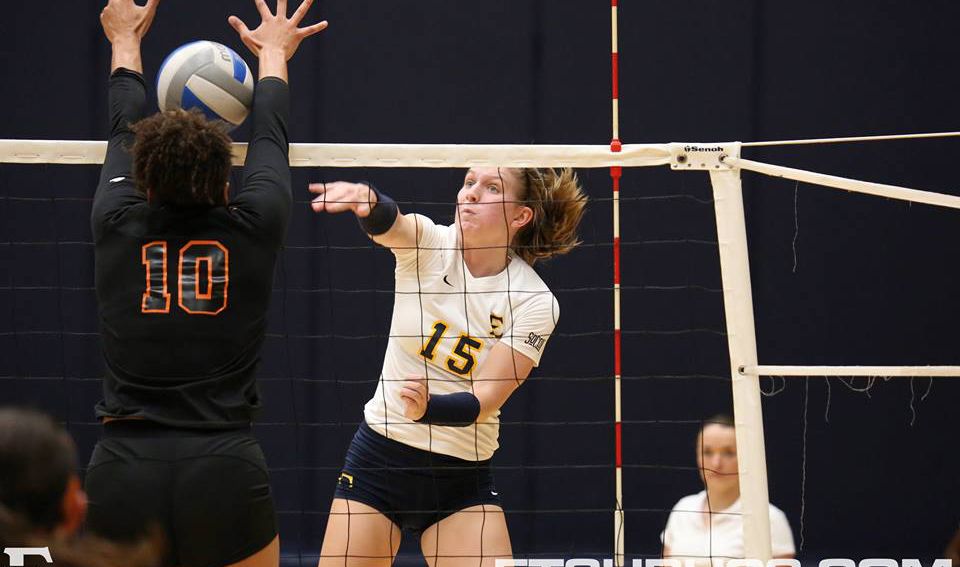 Mercer struggled mightily offensively in the first frame hitting a match-worst .042. ETSU’s defense played a major part in the Bears’ struggles as it dug up 14 attacks and added three blocks. Hailey Aguilar (Oswego, Ill.) notched seven digs in the first to pace the Bucs’ defensive efforts.

The Bucs notched four runs of three points or more en route to a 25-18 set victory. Milhorn built upon a seven kill performance in a first set with six more kills in the second to power the Bucs to a 2-0 lead.

Next Up: The Bucs will be back in action Oct. 9 when they travel to Alabama to take on Samford in another SoCon clash. The match against the Bulldogs is scheduled for 8 p.m.