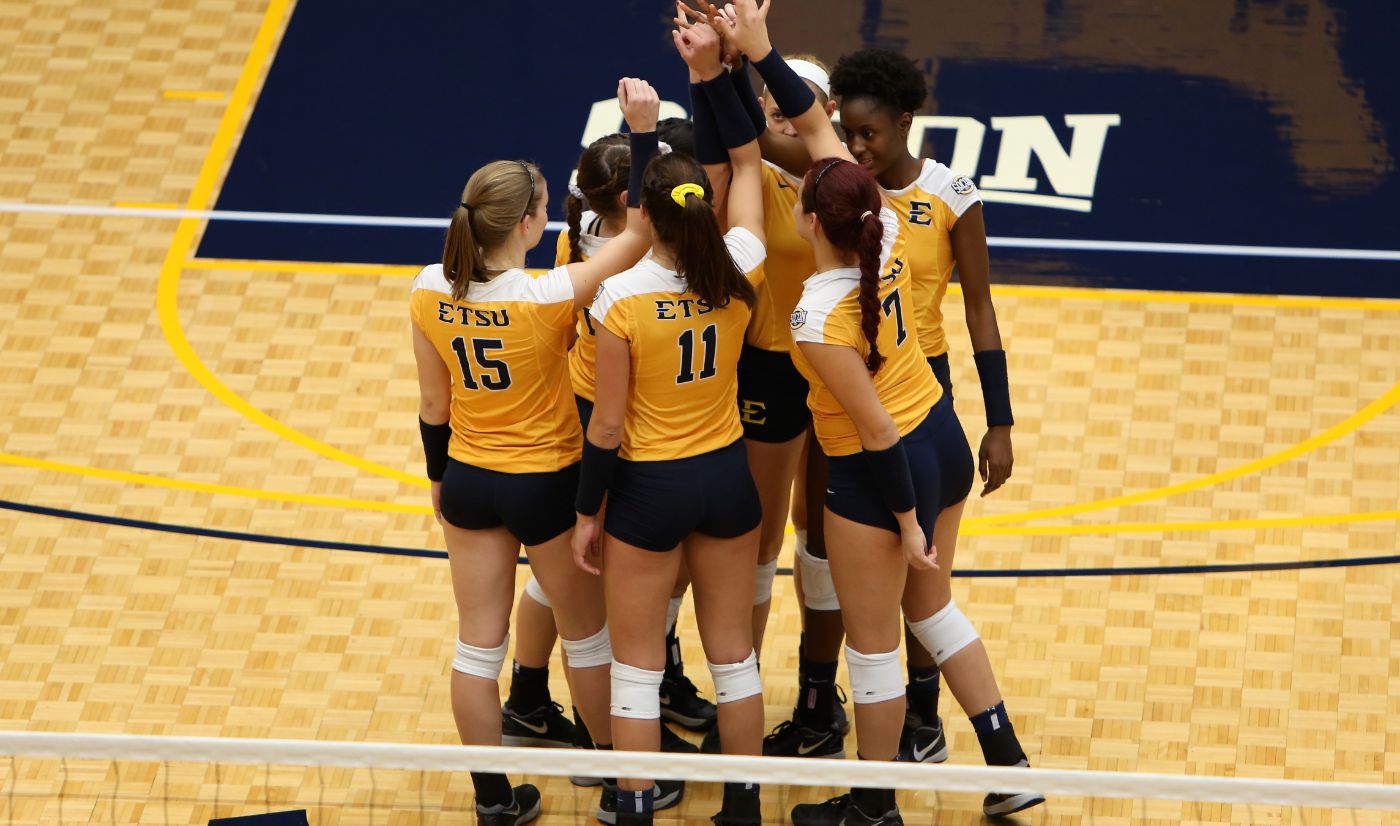 “This match could have gone either way,” said ETSU head coach Lindsey Devine. “When we needed a play, we were able to execute and that was the difference.”

Both the Bucs and Bulldogs were hitting on all cylinders in the first set as they hit .387 and .345, respectively. ETSU scored back-to-back points when the score was knotted at 24-24 to take the first set, 26-24. Khadijah Wiley (Columbus, Ga.) and Briana Allmon (Flower Mound, Texas) powered ETSU’s offense with six kills each and Kristen Favre (Plano, Texas) dished out 13 assists.

ETSU looked like it seized the momentum early as it went on a 4-0 run to give it a 9-5 lead. The Bucs grew their lead to seven at 21-14 but Samford rallied to score 10 of the next 11 points to take a 24-22 lead. Despite losing their early lead, the Buccaneers got three critical kills by Rylee Milhorn (Kingsport, Tenn.) and another from Mariah McPartland (Boone, Iowa) to take the second set, 27-25.

Unlike the first two sets, the third was not an offensive shootout. The Bulldogs were hampered by miscues as they committed six attack errors coupled with three service errors to give the Bucs a 25-17 win in the third. The Bucs continued to hit well in the third, as they were attacked at a .409 clip.

Next Up: ETSU will continue on its three-match road swing Wednesday when it travels to Western Carolina. The matchup against the Catamounts is set to begin at 7 p.m.