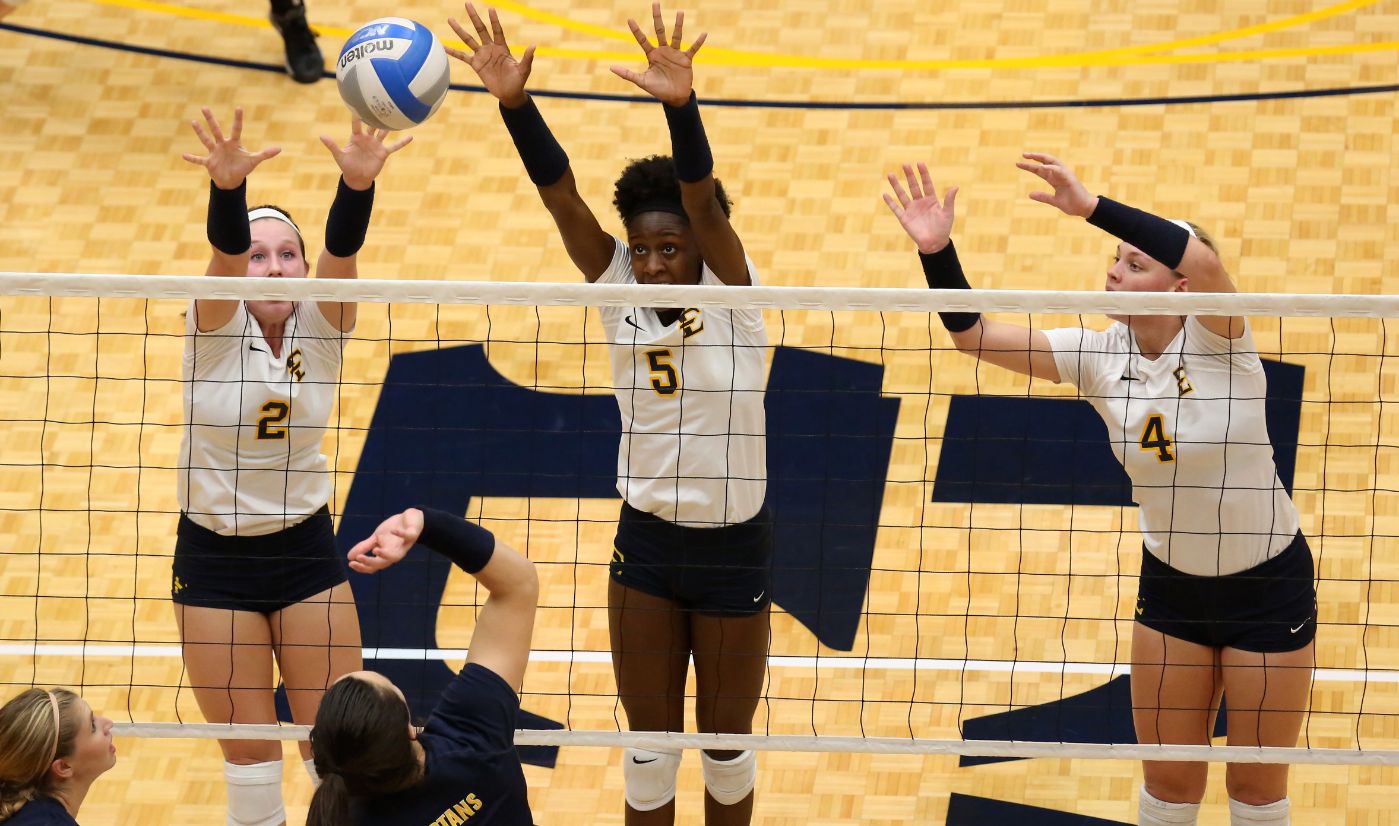 “It was a total team effort tonight,” remarked ETSU head coach Lindsey Devine. “That was the key to our success.”

The first set was one of runs. ETSU got off to a hot start extending its lead to as many as eight points at 21-13. Despite the hot start by the Bucs, Western Carolina answered with a 7-0 run of its own to close the deficit to 21-20. However, ETSU closed the frame with 4-1 run to close out the Catamounts, 25-21.

After hitting .056 in the first set, the Buccaneer offense started to get on track in the second hitting a collective .353 in the second. ETSU took control from the opening serve in the stanza as it scored nine of the first 10 points en route to a 25-16 set victory. In addition to their work offensively, the Bucs also held WCU’s offense in check holding them to nine kills in 38 attempts (.079 hitting percentage) in the second.

Western Carolina got out to its first lead of the match at 7-6 in the early going of the third but could not sustain it as the Buccaneers finished off the match, 25-16. ETSU’s defense stepped up with four total blocks in the third after tallying four in the first two sets combined. The Bucs held WCU’s offense to a match-low .000 attack percentage in the final stanza.

Next Up: The Bucs will close out their three-match road swing Friday when they travel Chattanooga in a matchup of the conference’s top two teams. The first serve is scheduled for 6 p.m.