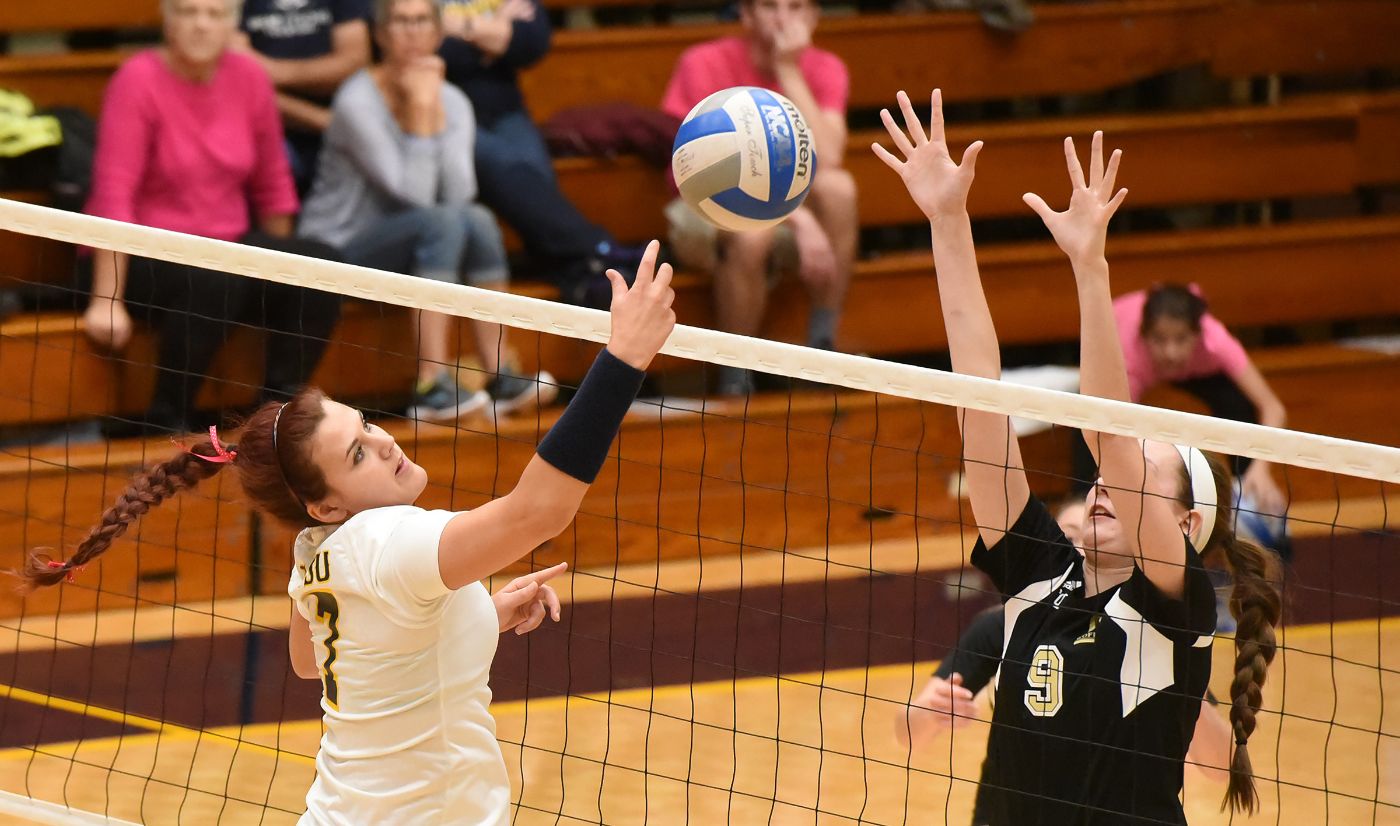 ETSU was led by junior setter Kristen Favre (Plano, Texas) who posted 46 digs to go along with 10 digs for her second double-double of the season. In addition to Favre, freshman Mariah McPartland (Boone, Iowa) set a career-high with nine kills and led the team with five total blocks.

In the opening frame of the match, both teams held leads at different points but the Terriers came out on top, 25-22. The Buccaneers trailed by as little as one point as late as 21-20 late in the stanza but Wofford came out on top. Senior Khadijah Wiley (Columbus, Ga.) paced the Bucs’ offense in the first as she posted five of ETSU’s 14 kills in the frame to go along with a .300 hitting percentage.

The Buccaneers answered Wofford’s set victory with one of their own in the second, 25-23. Junior Briana Allmon (Flower Mound, Texas) scored first point of the stanza for the Bucs as well as the last two in the frame to even the score at 1-1. Allmon registered seven of her 15 kills in the second.

ETSU erased an early six-point deficit in the third set to tie the score at 19-19, but the whenever the Bucs pulled ahead Wofford answered as it won the stanza by a score of 30-28. After the score was tied at 19-all, neither team led by more than two points the rest of the frame.

In the fourth and what proved to be the final set of the match, Wofford’s defense stepped up to curve any momentum ETSU got offensively. In total, the Bucs committed 10 attack errors in the fourth, but the Terriers stopped seven of those with blocks. The miscues proved too much for ETSU to overcome as it dropped the fourth frame, 25-21.

Next Up: The Bucs, now 14-7 overall and 5-3 in conference play, will continue their four-match home stand with a pair of matches next weekend. ETSU will take on The Citadel Oct. 23 and Western Carolina Oct. 24. The matches are scheduled to begin at 6 p.m. and 2 p.m., respectively.