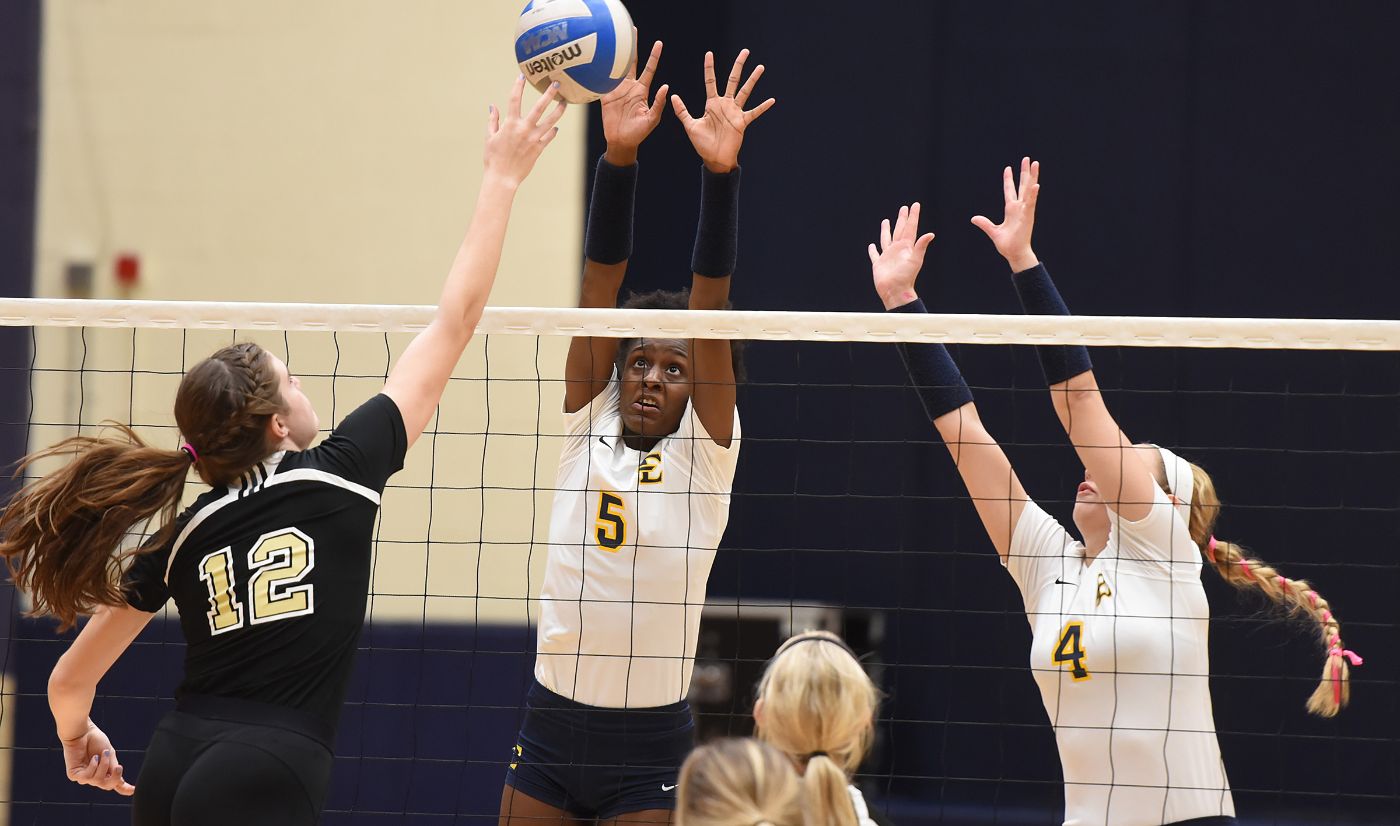 JOHNSON CITY, Tenn. (Oct. 22, 2015) - The ETSU volleyball team enters the second half of SoCon play this weekend when it hosts The Citadel and Western Carolina. The Bucs will host the Bulldogs at 6 p.m. Oct. 23, while they will take on the Catamounts the following day at 2 p.m.

Scouting the Buccaneers
ETSU enters the week with a 14-7 overall record and a 5-3 mark in conference action. The Bucs’, whose 5-3 conference record currently places them third in the league standings,  will look to get back on track after dropping two of their three matches last week.

The Bucs’ defense has been powered by their work on the block. ETSU leads the SoCon in blocks per set at 2.33. Individually, the Bucs have two players in the top five in the conference in the category in Khadijah Wiley (1.29) and Mariah McPartland (Boone, Iowa) (0.91).

Scouting the Opponents
The Citadel:  The Bulldogs are still in search of their first conference victory of the season heading into the weekend. The Citadel, which holds an overall record of 7-17 in 2015, is led by sophomore outside hitter Moriah Smith. Smith, a Durham, N.C. native, leads the SoCon with 317 kills and has scored the most points in the conference as well with 348.5.

Western Carolina: WCU rolls into the weekend with an 8-17 overall record and a 2-7 mark in SoCon play. The Catamounts’ two SoCon victories came against Wofford Sept. 25, 3-2, and against The Citadel Oct. 16, 3-1.

As a team, the Catamounts lead the conference and rank 16th nationally with 1,433 digs this season. WCU also ranks 16th in the nation in total attacks with 3,293. Sophomore setter Jo-Leigh Vervelde has done a bit of everything for the Catamounts as she leads the country with seven triple-doubles. Pacing the Western Carolina’s defensive effort has been Elyssa Mulheron averaging 4.71 digs per frame.

Quick Hits
Two for the Road
ETSU comes into the weekend with a two-match losing streak. It is just the second time all season that the Bucs have lost back-to-back tilts with the first time coming in the first two matches of the season when ETSU was knocked off by Virginia Tech and Washington State.

Playing the Best
Of the seven losses on ETSU’s schedule this season, only one of them came against a team with a losing record. If you take out the loss to Clemson (who is 5-15 in 2015), the combined records of opponents that have defeated ETSU is 83-45 (.648 winning percentage).

Stepping it up in SoCon play
Junior outside hitter Briana Allmon has stepped up her game in conference play. Allmon is second in the league averaging 4.30 kills per set. In comparison, the Flower Mound, Texas native averaged 3.22 kills per set in non-conference action.

National Blockade
Senior Khadijah Wiley has been a force on the block for the Bucs ever since her freshman season in 2012. Wiley ranks eighth among active Division I players with 458 total blocks. The Columbus, Ga. native’s 458 total blocks are the third-most by a player in program history.

Series History vs. Opponents
The Bucs got the better of both of their opponents this weekend earlier this season. ETSU knocked off The Citadel, 3-1 Sept. 26 and swept the Catamounts in Cullowhee, N.C. a little over a week ago.

The Citadel has never beaten the Bucs in 14 previous meetings. In the all-time series against Western Carolina, however, the series is split right down the middle, 30-30. As history would indicate, the ETSU and WCU have split the last four meetings, 2-2.