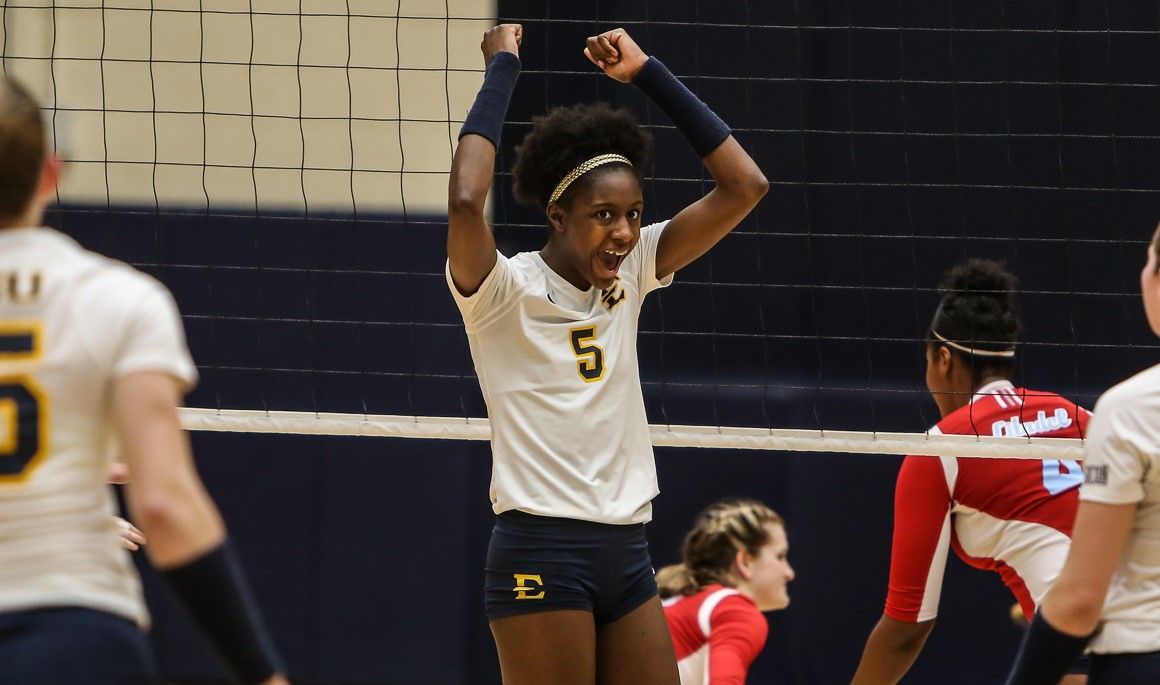 The Citadel jumped on ETSU early in the match scoring the set’s first four points. However, the Bucs rallied to take the lead at the 12-11 and held on to the lead for the duration of the match as they won, 25-19. ETSU’s rally was due to its work defensively (six total blocks and 14 digs) and miscues by the Bulldogs (10 attack errors and two service errors).

In the second set, it was all ETSU as it went on to take the set, 25-11. The Bucs’ defense held The Citadel’s offense in check once again holding it to just two kills in the frame. Despite hitting a match-low themselves at .152, the Bucs got a boost from the service line with four aces in the stanza. Freshman AJ Lux (Shelbyville, Ind.) notched two of those aces for ETSU, while fellow freshmen Peyton Redmond (Liberty Hill, Texas) and Hailey Aguilar (Oswego, Ill.) accounted for the other two.

The Bucs came out swinging in the third set with their best offensive performance of the match as they hit .419 in 31 attempts. The Citadel, however, countered with its best as well hitting .129. The difference in offensive output proved to be the difference though as the Bucs finished off the sweep with a 25-17 set victory.

Next Up: ETSU will return to action Saturday afternoon when it hosts Western Carolina at Brooks Gym. Saturday’s match, which is set for a 2 p.m. start time, will serve as a youth day where all children 12 years old and younger will receive free admission. Following the match, the Bucs will hold a clinic for all youth in attendance.