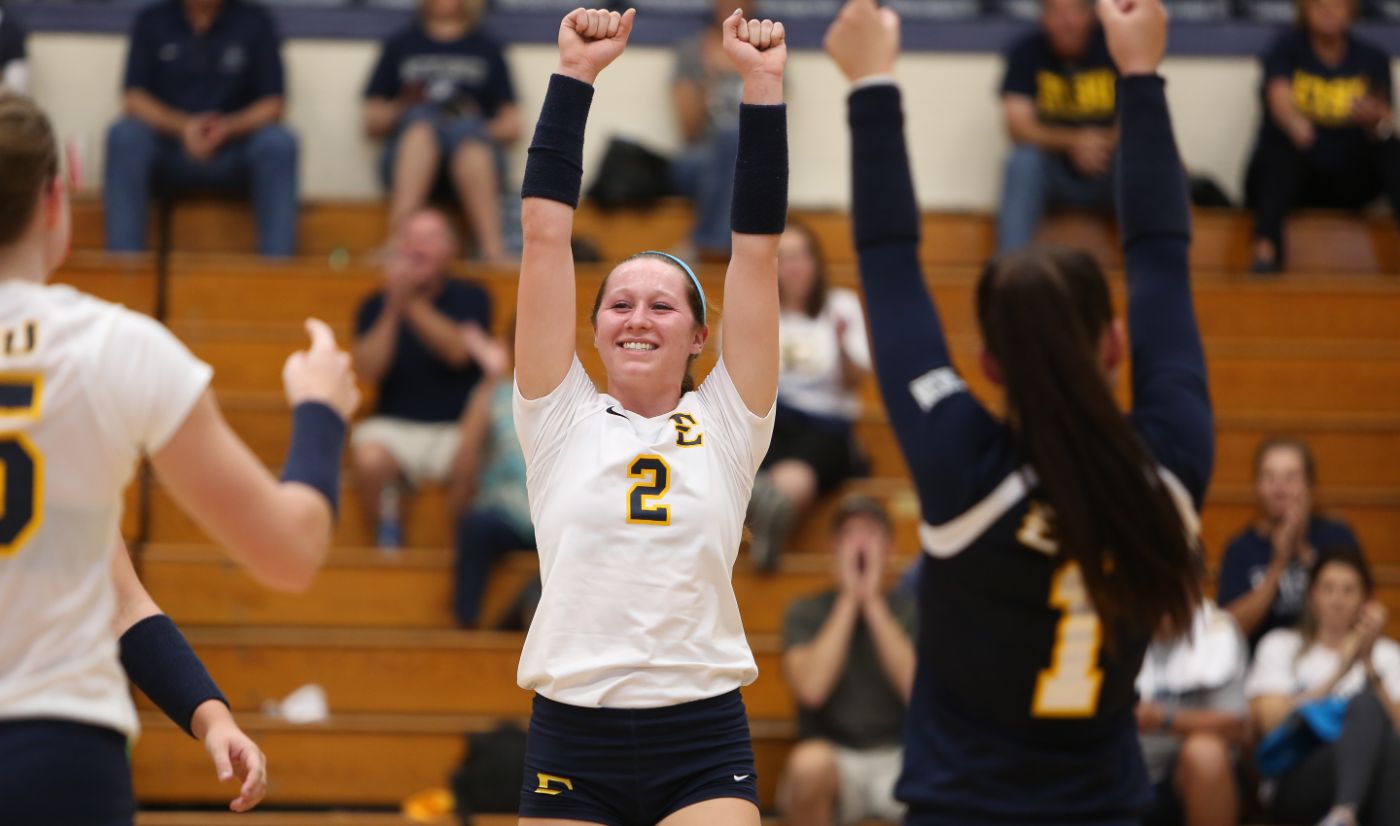 The Bucs were led in the victory by Briana Allmon (Flower Mound, Texas) and Rylee Milhorn (Kingsport, Tenn.) who had 18 and 16 kills, respectively. Setting up Allmon and Milhorn was Kristen Favre (Plano, Texas) who notched her third double-double of the season with 44 assists and 12 digs.

The match started well for ETSU as it scored five of the first six points. However, the Bears rallied and eventually pulled ahead with a 6-0 run to turn the score from a 16-12 lead for ETSU to an 18-16 advantage for the Bears. After the Bears pulled ahead of the Bucs, they did not relinquish the lead as they won the first set, 25-21.

ETSU answered back with one of its best offensive sets of the season in the second. The Bucs had 17 kills in 35 attempts with no attack errors for a .486 hitting percentage in the frame. Leading the way were Allmon and Milhorn who had 12 kills on 19 attempts combined with no attack errors (.632 hitting percentage). The work by the Bucs’ offense was enough for them to even the match at one a piece with a 25-22 set victory.

The Bucs continued their offensive prowess in the third set as they hit a combined .474 in the stanza. Unlike in the second set, however, the Bucs received an added boost offensively with five service aces. Renzey Rice (Johnson City, Tenn.) served up three aces and Milhorn chipped in two more in the frame. The combination of traditional offense and from the service line was too much for Mercer to overcome as it fell to the Bucs, 25-10.

Mercer and ETSU exchanged points throughout the fourth stanza until the score was 22-22. After that, the Bucs scored the last three points to finish off the Bears, 25-22. Like in the third set, the Buccaneers totaled five service aces in the fourth and freshman AJ Lux (Shelbyville, Ind.) had five of her six kills in the fourth to seal the victory for the Blue and Gold.

Next Up: The Bucs will continue their three-match road swing Wednesday when they travel to Spartanburg, S.C. to take on Wofford. The Terriers defeated ETSU earlier this season, 3-1, at Brooks Gym. The start time for Wednesday’s tilt is scheduled for 6 p.m.