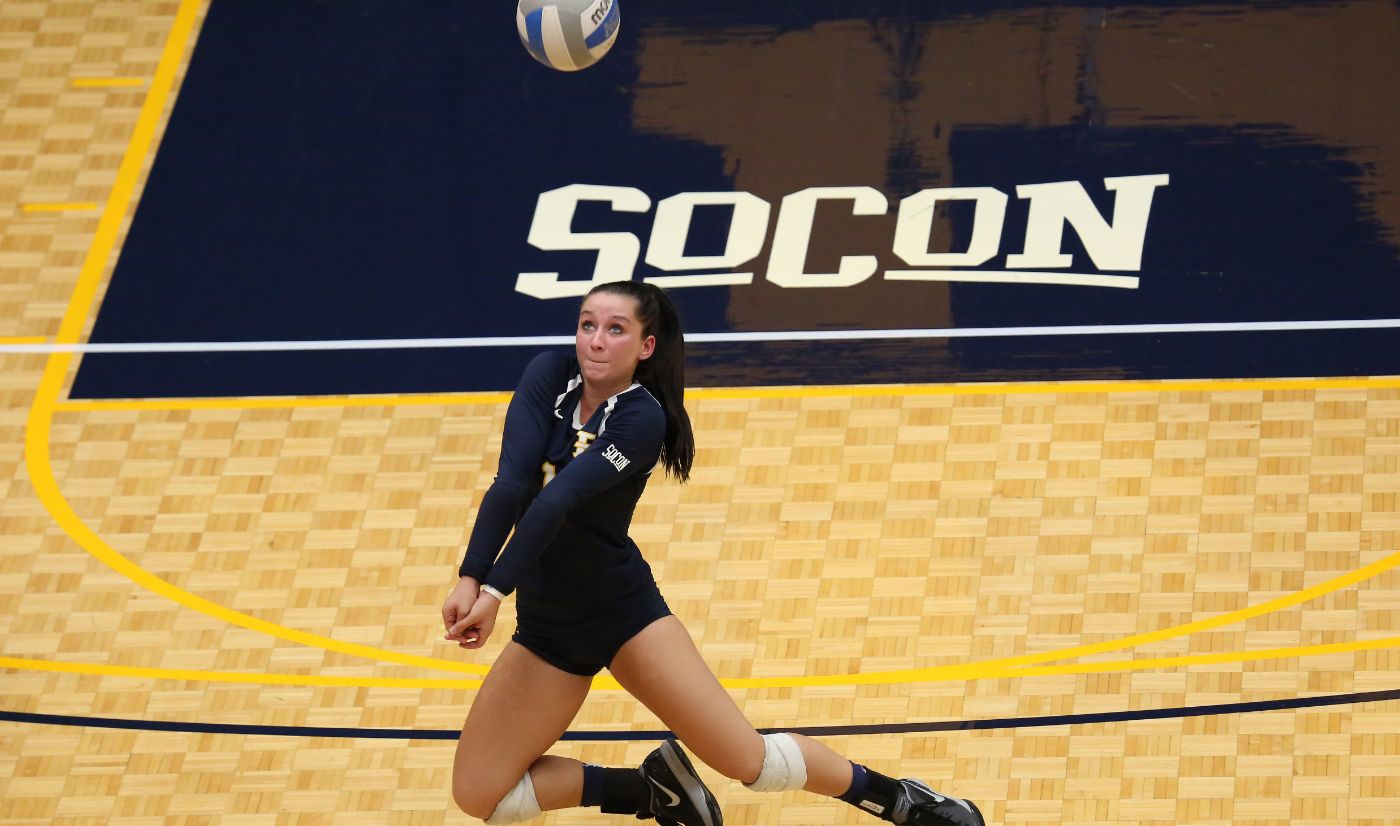 In addition to the career performance from Aguilar, the Bucs received 40 assists from Alyssa Kvarta (Crown Point, Ind.) and Khadijah Wiley (Columbus, Ga.) paced ETSU’s offense with a .379 hitting percentage in 29 attempts to go along with 14 kills.

“It was a hard fought match,” said ETSU Head Coach Lindsey Devine. “Both teams came to battle but when we needed a point or a key play we were able to get it which was the difference.”

Both teams struggled in the early going offensively as neither squad had a positive hitting percentage in the first. The Bucs, however, found their offensive groove scoring nine straight points to change a 20-15 deficit into a 24-20 advantage. Wofford had a spurt of offense of its own but a service error gave the Bucs’ the 25-23 set victory.

The Bucs scored 11 of the second set’s first 12 points en route to a 25-17 set victory. Wofford trimmed ETSU’s lead to as little as five points at 13-8 but that is as close as it would get. Freshman AJ Lux (Shelbyville, Ind.) powered the Bucs’ offense late in the frame with five of her six kills coming in the second.

After totaling 40 kills in the first three sets combined, ETSU’s offense awoke in the fourth frame with 17 kills. Leading the way was Rylee Milhorn (Kingsport, Tenn.) who posted eight of her 15 kills in the stanza, while Briana Allmon (Flower Mound, Texas) added five more. The work offensively by Milhorn, Allmon and the rest of the Bucs was enough to put the Terriers away, 25-23

Next Up: ETSU, now 17-9 overall and 8-5 in SoCon play, will hit the road for the final time in the regular season Saturday when it takes on UNCG at 5 p.m. The Bucs knocked off the Spartans earlier this season at Brooks Gym, 3-0.