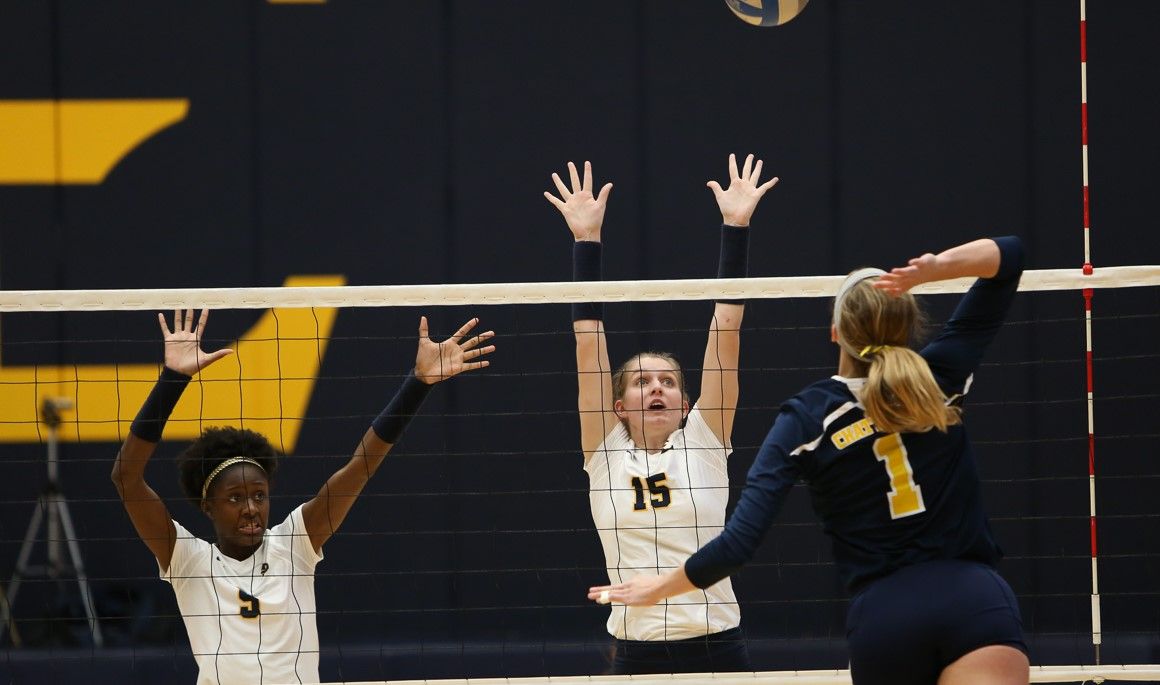 Set 1: The two teams battled in the first frame until the Bucs pulled ahead for good with a kill from Lux to make it 23-22. Following the kill by Lux, ETSU scored two of the next three points to take the first set, 25-23.

Set 2: ETSU’s offense came out red hot in the second as it hit a match-high .400 in the set en route to a 25-14 victory. The Buccaneers put together some extended runs during the frame with a pair of 4-0 runs and another 3-0 spurt of offense to down the Mocs.

Set 4: Like in the second set, one of the teams dominated offensively but this time it was Chattanooga. The Mocs hit .440 in 25 attempts with just one attack error on their way to a 25-14 set victory to force a fifth and deciding set.

Set 5: ETSU scored 11 of the first 12 points in the fifth set but Chattanooga put together one last good run and tied the match to force it into extra points. The Bucs could not recover from the losing the lead and the Mocs completed the comeback with a 21-19 victory.

Next Up: ETSU will wrap up its regular season Saturday afternoon when it hosts Samford at 2 p.m. The match will also serve as Senior Day for the team’s three seniors this season: Khadijah Wiley (Columbus, Ga.), Ashleigh Shain (Geneva, Ill.) and Jessica Schafer (Dekalb, Ill.)