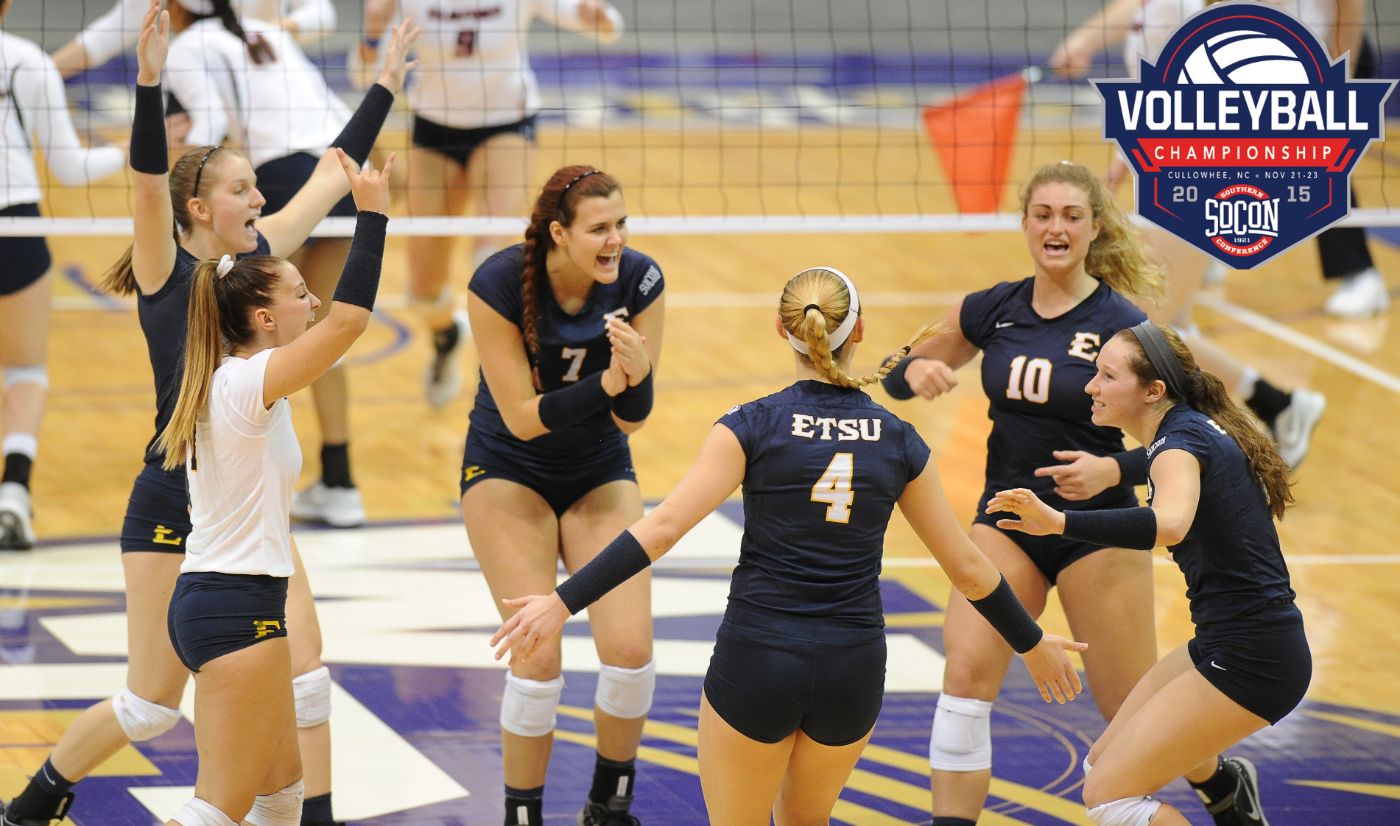 ETSU had several stand-out performances in the match. Briana Alllmon (Flower Mound, Texas) matched a career-high with 23 kills, while Rylee Milhorn (Kingsport, Tenn.) notched her 13th double-double of the season with 17 kills and a career-high 23 digs. Setting up Allmon and Milhorn was Kristen Favre (Plano, Texas) who had 50 assists. In addition to Milhorn’s 23 digs, Hailey Aguilar (Oswego, Ill.) paced the squad with 28 digs of her own.

“We were a little more consistent with our passing game than the last time we played Samford,” said ETSU head coach Lindsey Devine. “Throughout the match we had so many people step up and make a play which was the key for us.”

Set 1: Despite committing nine attack errors in the first set, Samford was able to win the opening frame 25-22. Erin Bognar paced the Bulldogs’ offense with seven kills, while Allmon led the Bucs’ attack with four kills.

Set 2: ETSU withstood a 9-3 run by Samford midway through the frame to take the second set, 25-22. After tallying just one kill in the first frame, Milhorn totaled six kills to go along with a solo block in the second. Mariah McPartland (Boone, Iowa) also chipped in three kills and a pair of block assists for ETSU.

Set 3: After hitting .047 and .200 in the first and second sets, respectively, the Bucs’ offense exploded hitting .531 with 19 kills on 31 attempts with just two attack errors. The offensive outburst was enough for the Bucs to gain the 2-1 advantage in the match with a 25-19 set victory.

Set 4: Four different Bucs had two or more kills, including Allmon who had six kills in the fourth set. Through the varied offense, ETSU had match point twice during the fourth set but they could not close out the Bulldogs as they went on to force a fifth set, 27-25.

Set 5: ETSU and Samford battled back and forth in the fifth and deciding set as the score was tied at 11 different points in the frame. With the score tied 12-12, the Bucs scored three of the next four points to finish off the Bulldogs with a 15-13 set win.

Next Up: The Bucs will take on Chattanooga in the semifinal round of the SoCon tournament Sunday at 2 p.m. The Mocs defeated ETSU twice this season, including a 3-2 win at Brooks Gym Nov. 13.

“We need to play together, fearless and give 100 percent tomorrow,” said Devine. “If we do that we will set ourselves up to be successful.”