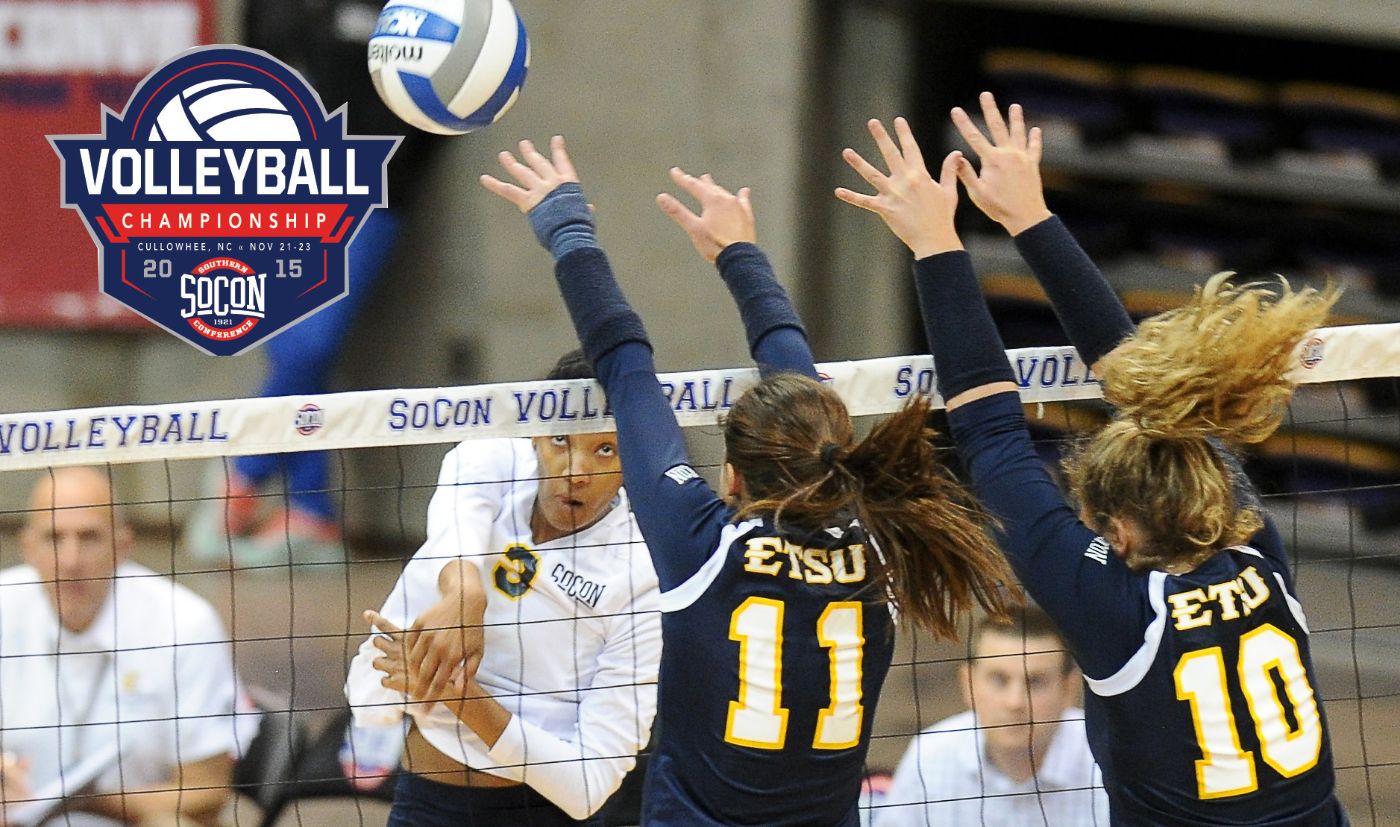 “We knew we had to play a good match to defeat a very talented Chattanooga team,” said ETSU Head Coach Lindsey Devine. “We had really great moments when we were able to string points together but keeping that momentum on our side was difficult for us today. With that being said, losing always hurts especially when you know it is the last match for the seniors.”

Leading the way for the Bucs was sophomore Rylee Milhorn (Kingsport, Tenn.) who notched her 14th double-double of the season with 12 kills and 14 digs to go along with three aces. In addition to Milhorn, Khadijah Wiley (Columbus, Ga.) tallied nine kills and led the team with six total blocks, while Renzey Rice (Johnson City, Tenn.) had a season-high 12 digs and three aces.

Set 1: Chattanooga started fast as it scored seven of the first 10 points in the first set. The Bucs cut the deficit to as little as two points at 14-12 with a Wiley kill, but the Mocs’ offense found an extra gear en route to a 25-18 set victory. Despite four kills each from Milhorn and AJ Lux (Shelbyville, Ind.), Chattanooga outhit the Bucs .400 to .146 in the stanza.

Set 2: Like the Mocs did in the first set, the Bucs started quickly scoring eight of the frame’s first 11 points. Chattanooga did not go away quietly, however, as it trimmed what was once an eight-point deficit all the way down to a pair of points, 18-16. After it burned a timeout, ETSU regained the momentum scoring seven of the final nine points, including the last five, to win the set, 25-18, and even the match at one a piece.

Set 3: In the third set, the ETSU upperclassmen stepped up their games as they combined for 11 of the team’s 13 kills to go along with three blocks and an ace. Senior Jessica Schafer (Dekalb, Ill.) provided a spark off the bench for the Bucs with four kills and a block. Unfortunately for Schafer and the rest of the Bucs, that was not enough as Chattanooga scored five of the last six points to take the third set 25-21.

The Bucs will lose three players to graduation in Khadijah Wiley, Jessica Schafer and Ashleigh Shain (Geneva, Ill.) but will return 11 players from this season’s team for the 2016 campaign.