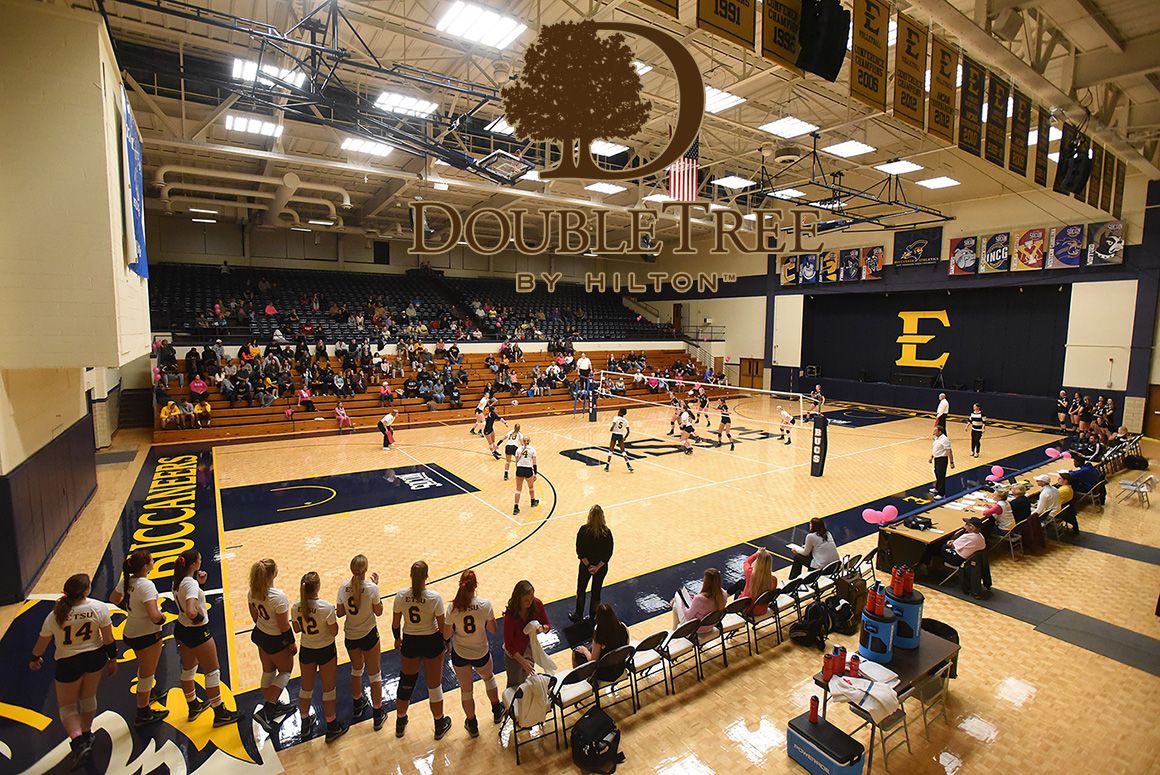 JOHNSON CITY, Tenn. (August 25, 2016) – The ETSU volleyball team will open its 2016 season this weekend as it hosts the DoubleTree Hotel Buccaneer Challenge at Brooks Gym. In addition to ETSU, Austin Peay, USC Upstate and Troy will also compete in the tournament. The complete tournament schedule can be found on the Tournament Central page HERE.

About the Bucs: ETSU is coming off a season where it went 19-12 overall and 9-7 in Southern Conference play. The Bucs were picked to finish fifth in the conference this season in the preseason SoCon coaches’ poll earlier this month, while Rylee Milhorn (Kingsport, Tenn.) and Briana Allmon (Flower Mound, Texas) were named to the Preseason All-SoCon squad.

In addition to Milhorn and Allmon, the Bucs have a wealth of experience returning to the court this fall. Among the returners are Hailey Aguilar (Oswego, Ill.) and Kristen Favre (Plano, Texas). Aguilar served as ETSU’s libero during her first season as a Buc and earned a spot on the All-SoCon Freshman Team following the regular season. Favre, meanwhile, has been the team’s main setter over the past two seasons and has averaged 7.61 assists per set during her ETSU career.

Coach’s Take: “I have been very impressed with the team during practices so far,” said ETSU Head Coach Lindsey Devine. “We set a very good foundation during our spring season and our girls have taken that and used it to hit the ground running when they returned to campus.”

14 – Head Coach Lindsey Devine will enter her 14th season as the Head Coach of the Buccaneer volleyball program this weekend. Devine owns a 223-192 record during her time at ETSU and she is the second-longest tenured coach in the SoCon behind Furman’s Michelle Young who is coming into her 17th season.

2010 – This weekend will mark the first time that the Bucs have hosted a tournament since 2010. The Bucs went 2-1 during that tournament picking up wins over UNCG and UNC Asheville but fell to Austin Peay.

Austin Peay: The Governors checked in at No. 11 in the Ohio Valley’s Preseason Coaches’ Poll. Austin Peay went 10-22 with a very young team in 2015. Individually, Austin Peay figures to be led by Ashley Slay who led the team in both kills and blocks last season.

USC Upstate: USC Upstate is coming off a historic season for its program as it finished with a program-best 15 victories, which is its most since transitioning to Division I. The Spartans are led by their Head Coach Jennifer Calloway who is entering her 21st season at the school.

Troy: The Trojans finished 2015 with a 14-18 overall record. In 2015, Troy seemed like a completely different team when playing at home versus on the road as it boasted an 11-4 mark on their home court but won just twice in 12 true road matches. Troy’s top returning players for 2016 include Leah Causey and Sara Landis. Both players finished last season with over 200 kills and over 87 total blocks.

Series History vs. Opponents: Despite residing in the same state, ETSU and Austin Peay have not met too often during their histories. The Governors hold the edge in the series, 4-2, but ETSU won the last meeting, 3-1, in 2013.

Much like Austin Peay, the Bucs and Troy do not have many meetings in the all-time series. The Bucs have not beaten the Trojans yet in three meetings, including in a 3-1 Troy victory last season.

ETSU and USC Upstate have met 17 times all-time as they used to play each other on a yearly basis in the Atlantic Sun. The Bucs are 12-5 against the Spartans in their matchups.