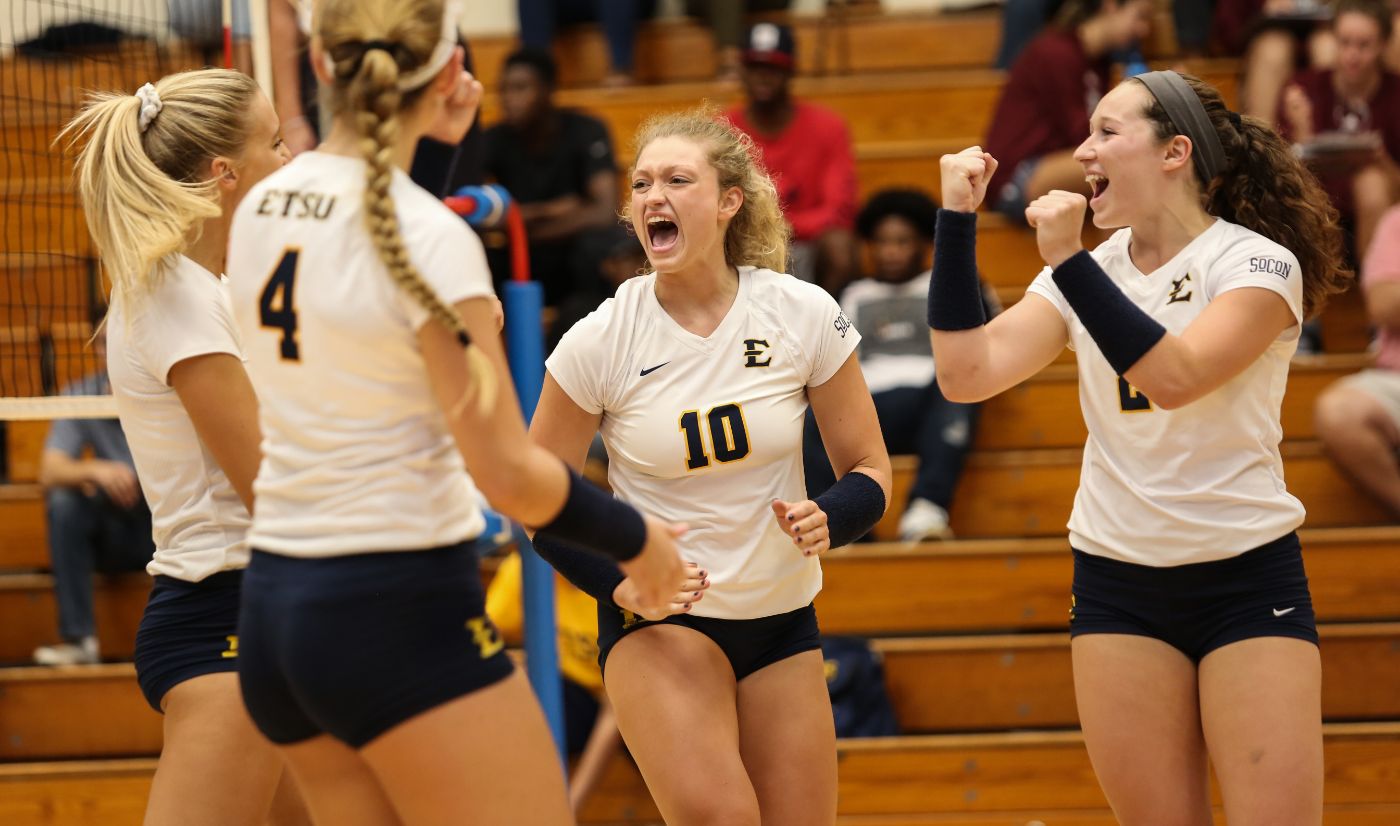 Set 1: ETSU had a rocky start to the match as it committed 11 errors in the opening set (six attack and five service). Despite the miscues, the Bucs found a way to come out on top thanks to efforts by sophomores Hailey Aguilar (Oswego, Ill.) and Braedyn Tutton (Courtice, Ontario, Canada). Aguilar, who posted seven digs in the first, spearheaded a Buccaneer defense that held Austin Peay to a -.069 hitting percentage. Tutton, meanwhile, was ETSU’s main offensive weapon totaling four kills in the first, which tied a career-high.

Set 2: The second set was all ETSU as the Bucs hit .333 as a team with just four attack errors en route to a 25-10 set win. ETSU was led in the second by its Preseason All-SoCon members in Briana Allmon (Flower Mound, Texas) and Rylee Milhorn (Kingsport, Tenn.). Allmon hit .375 on eight attempts with four kills, while Milhorn hit .500 on four attempts to go along with three digs.

Milhorn had six of her 12 kills in the third and final set to finish with a team-high 12 in the match. Setter Kristen Favre (Plano, Texas) also had an effective third frame with 12 assists in the final frame.

3 - All three newcomers to ETSU’s roster saw some playing time in the win over Austin Peay. Kaela Massey (Brentwood, Tenn.) started the match for the Bucs and notched four kills in her debut, while Madison Mudd (Louisville, Ky.) and Aya Lechin (Deerfield Beach, Fla.) made their first collegiate appearances in the second set.

Up Next: ETSU will have a pair of matches on tap Saturday as it will take on Troy at noon before closing out the DoubleTree Hotel Buccaneer Challenge with a matchup with former Atlantic Sun-rival USC Upstate at 5 p.m. Live stats for both matches can be found on the Tournament Central Page HERE.