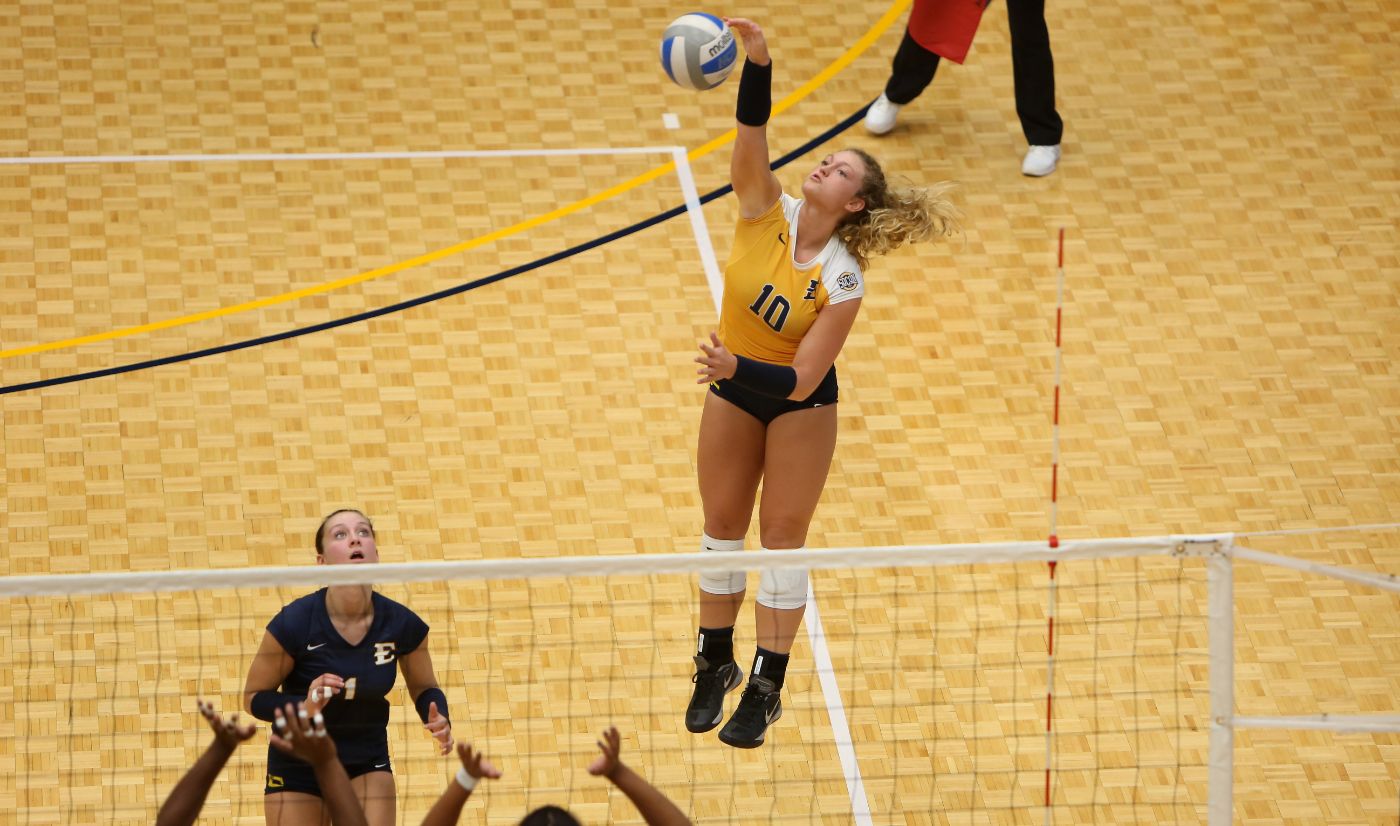 ETSU was led by the duo of Lux and Rylee Milhorn (Kingsport, Tenn.) in the first. Lux and Milhorn combined to total nine kills on 16 attempts with just one attack error (.500 hitting percentage). Setting up both Lux and Milhorn was sophomore setter Alyssa Kvarta (Crown Point, Ind.). Kvarta totaled a match-high 13 assists in the set.

Set 2: ETSU had to battle back from an early four-point deficit (5-1) in the second set and it did just that as it tied the score at seven and went on to win by an identical 25-20 final tally.

Lux continued to be a force offensively for the Bucs as the sophomore outside hitter totaled a match-high seven kills with just one attack error in the second. Following the second set, Lux had 12 kills on 14 attempts with one attack error for an attack percentage of .786.

Set 3: In the final set of the contest, the Bucs opened up a match-best nine point lead on Hampton. The nine-point advantage would end up being the final winning margin as the Bucs won the third frame, 25-16.

The Lady Pirates finally slowed Lux down in the third set holding her three kills in the frame. Milhorn, however, picked up the slack with five kills to help lift ETSU to its fourth straight win. The Bucs’ defense also picked things up in the third as the team collected three straight points via blocks towards the end of the frame to seal the victory.

“We were offensively strong because we were in system and our passers did a great job getting behind the ball,” said ETSU Head Coach Lindsey Devine following the win.  “Alyssa (Kvarta) ran the court with precision and execution. Because of this, she was able to design plays to isolate AJ (Lux). With AJ being so physically strong, she took advantage and terminated plays all night.”

40 – Kvarta, who made just her second career start Friday, matched a career-high with 40 assists against Hampton. Kvarta also posted a new career-best with four kills and also totaled seven digs in the match.

Up Next: The Bucs will wrap up play at the Liberty Invitational Saturday with a pair of matches. ETSU will begin the day with a contest against USC Upstate at 10 a.m. before closing the tournament out with a matchup against Liberty at 7 p.m. Links for live stats and video for both matches can be found on the tournament central page by clicking HERE.