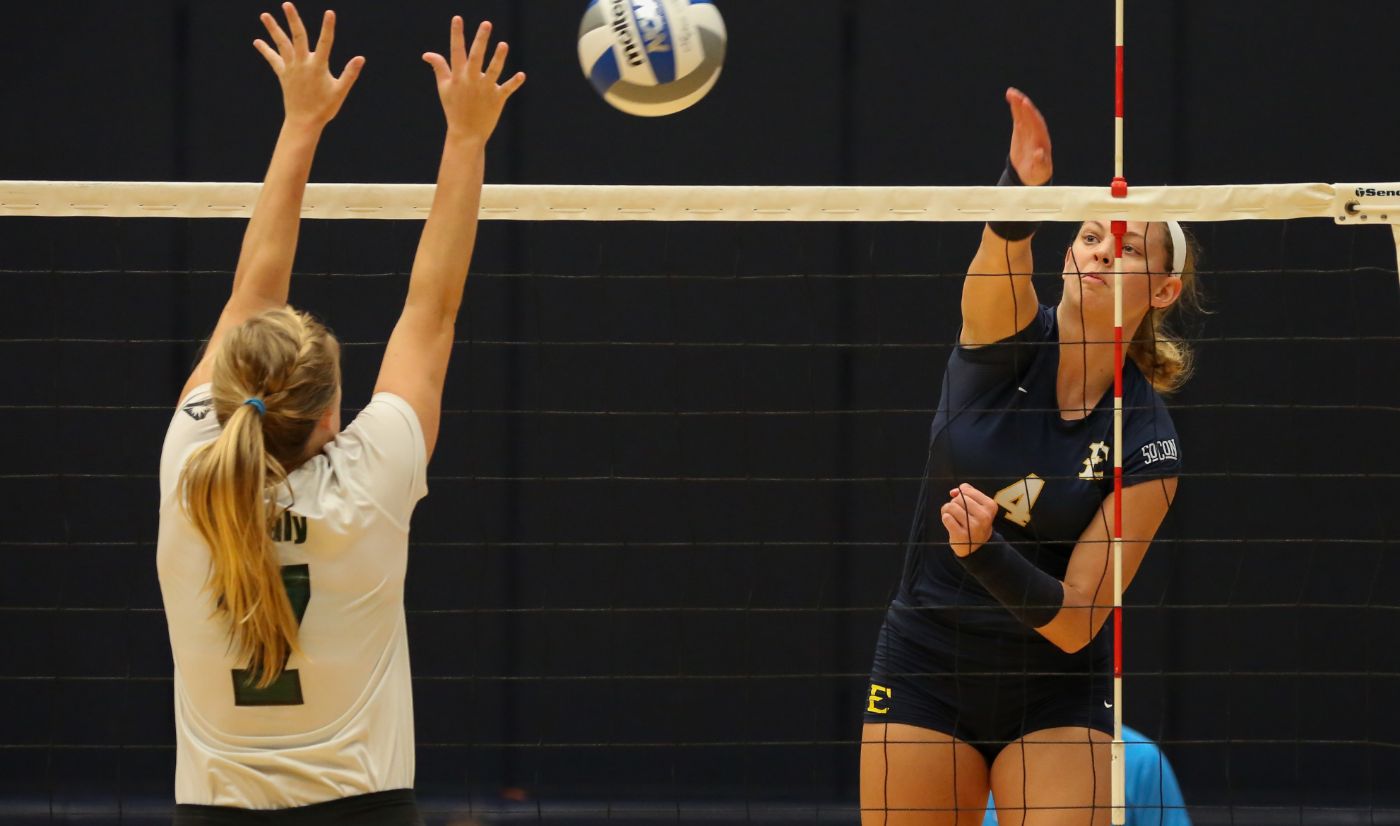 ETSU claims its second tournament championship in as many weeks

LYNCHBURG, Va. (Sept. 3, 2016) – The ETSU volleyball team continued its stellar play Saturday as it picked up two more victories over USC Upstate (3-1) and Liberty (3-0) to wrap up the Liberty Invitational. With the pair of wins, the Bucs have not only won back-to-back tournament championships but they have also tied a program record for the best six-match start to any season in program history (6-0).

USC Upstate Recap: ETSU had to deal with some adversity in its first match of the day as USC Upstate won the first set, 25-21. Following the first set, however, the Bucs tightened things up defensively and held the Spartans to a hitting percentage of .099 over the final three sets on their way to a 3-1 win. ETSU outscored the Spartans by a total 19 points over the final three frames.

Liberty Recap: In their second match of the day, the Bucs’ improved steadily as the match wore on. In the first set, ETSU hit .154 as a team and that moved up to .200 in the second, which eventually bumped to a match-best .343 in the third set. The offensive improvement helped ETSU pick up its first true road victory of the season over Liberty by set scores of 25-21, 25-17, 25-19.

Individually, the Bucs were led by their setter Alyssa Kvarta (Crown Point, Ind.) and Milhorn. Kvarta tallied a double-double with 38 assists and 10 digs. Milhorn closed out the tournament with 15 kills and a .368 hitting percentage on 30 attack attempts.

Just like last weekend, the Bucs had three players named to the All-Tournament team. Briana Allmon was named the Liberty Invitational’s MVP. Allmon was joined on the team by AJ Lux and Hailey Aguilar.

“The best thing about today was the team’s relentless defense,” said ETSU Head Coach Lindsey Devine. “Everyone fought so hard and made in-game adjustments to keep the opponent off balance. The carryover from practice was implemented into our game plan, which is a testament to their commitment in trusting the process.”

Up Next: ETSU will return to action next weekend as it will compete in the Clemson Classic for the second consecutive season. The Bucs will take on Clemson (1:30 p.m.) and North Dakota (4:30 p.m.) on Friday before closing out the tournament with a 7 p.m. match against Tulane Saturday.