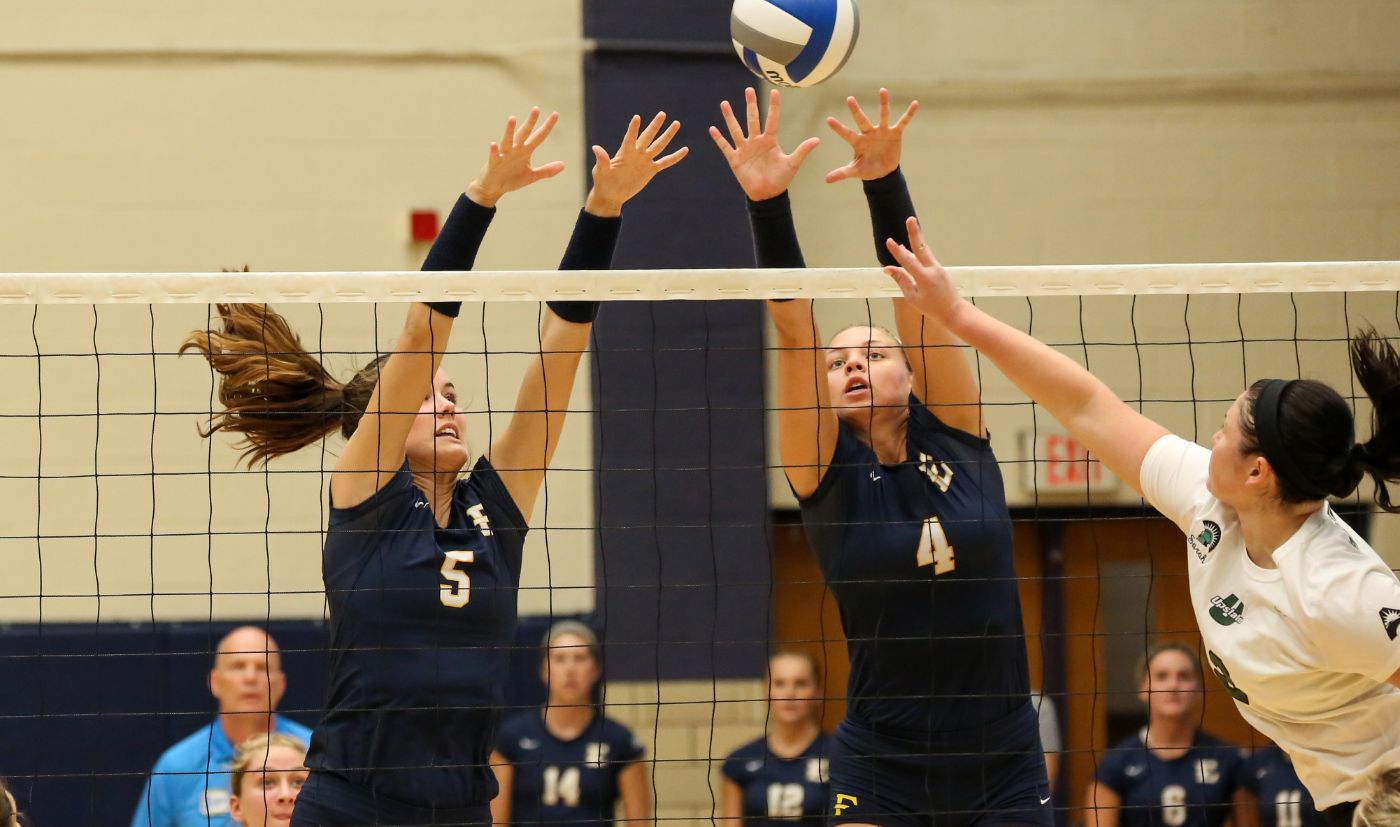 Bucs’ record moves to 6-2 with the pair of defeats

Clemson Recap: After dropping just one set through their first six matches, the Bucs dropped the first two frames to Clemson in their opening match of the day. ETSU, however, battled back with 28-26 and 25-16 set victories in the third and fourth to force a fifth frame. The match-deciding fifth set went down to the wire as the two teams were tied at 13-13 before the Tigers notched a kill and a block to seal the 3-2 win.

The Bucs’ comeback against Clemson was fueled in large part by the play of Rylee Milhorn (Kingsport, Tenn.) and Briana Allmon (Flower Mound, Texas). Milhorn and Allmon combined for 20 kills in the two sets that ETSU won. Milhorn and Allmon finished with kill totals of 19 and 16, respectively, while freshman Kaela Massey (Brentwood, Tenn.) posted a .320 hitting percentage with 13 kills to go along with four block assists.

North Dakota Recap: Much like it did in its first match of the day, ETSU dropped the first set to North Dakota, 25-16. The Bucs answered with back-to-back set wins over UND in the second and third (29-27 and 25-19) before the Fighting Hawks put together a rally of their own knocking off the Bucs 25-20 and 15-10 to pick up the victory.

Individually, the Bucs had several standout performances against North Dakota. Setter Kristen Favre (Plano, Texas) set a career-high with 60 assists as she helped every member of the ETSU starting lineup reach double figures in kills. The 60 assists was the most for an ETSU setter since former Buc Jamie Rutledge posted 65 against North Florida in 2013.

Two of Favre’s favorite targets in the match were Allmon and Mariah McPartland (Boone, Iowa). Allmon totaled a career-high 24 kills, while McPartland posted a .435 hitting percentage with 11 kills in her first action of the season.

“A major positive take away for our team today is that we battled through to find our rhythm and fought back, which was evident by going to five sets in both matches,” said ETSU Head Coach Lindsey Devine. “One aspect to improve upon for tomorrow’s match is trust the process that we have been emphasizing within every practice, and be prepared to implement quick changes when necessary. We need to put ourselves in the right mental mindset from point one of every set and make it a conscious effort to start strong.”

Up Next: The Bucs, now 6-2, will wrap up the Clemson Classic Saturday evening with a match against Tulane. First serve is scheduled for 7 p.m. at Jervey Gym.