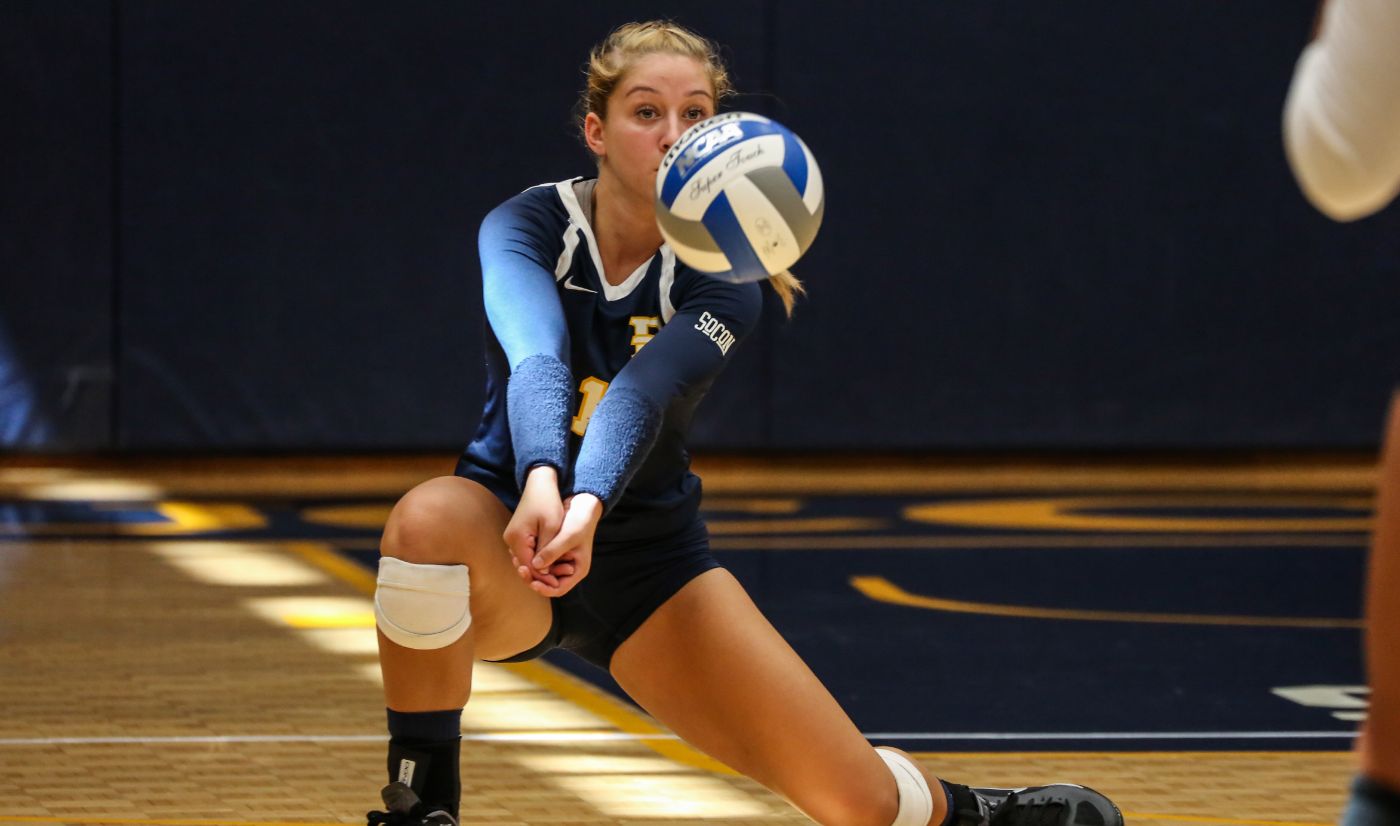 Set 1: The Bucs had a lead early in the first set when the score was at 10-8 but then the Green Wave got things going offensively to not only take the lead but also win the first set, 25-19. Tulane finished the frame hitting .257 with 12 kills and just three attack errors.

Sophomore AJ Lux (Shelbyville, Ind.) put together her best set of the match in the first tallying five of her 10 kills. Setting up Lux for the majority of those kills was fellow sophomore Alyssa Kvarta (Crown Point, Ind.) who dished out 12 assists in the opening stanza.

Set 2: ETSU and Tulane were locked in a competitive second set until the Green Wave scored seven of the next 11 points to pick up a 25-22 win. Tulane’s rally was fueled mainly by four kills and a pair of service aces.

Despite dropping the set, the Bucs put together one of their best efforts on the block in the second set totaling five blocks. Mariah McPartland (Boone, Iowa) paced these efforts accounting for two blocks herself.

Set 3: Tulane led by as many as eight points, but ETSU put together a comeback to get within one point at 24-23. Unfortunately for the Bucs, the Green Wave notched the next point to finish off the 3-0 win.

Libero Hailey Aguilar (Oswego, Ill.) was all over the court in the third set as the sophomore notched eight of her 14 digs. Aguilar has reached double figures in digs in six of the team’s nine matches so far this season.

Coach’s Take: “Tulane is a talented team who plays with patience and waits for the pressure of rallies to wear a team down,” said ETSU Head Coach Lindsey Devine. “This was a good opportunity for our team to see how we would respond to those crucial moments. We won some great plays and really battled, which just reinforces what we are capable of. Now our next step is to find that next level in each of us and work towards playing with greater consistency.”

Up Next: ETSU will wrap up its non-conference schedule next weekend with three matches at the Crimson-White Tournament on the campus of the University of Alabama. The Bucs will open the tournament at 11 a.m. Friday against Presbyterian before closing out the day against the Crimson Tide at 7 p.m. On Saturday the Bucs will compete in its final non-conference match of the regular season against Georgia Southern at 2 p.m.