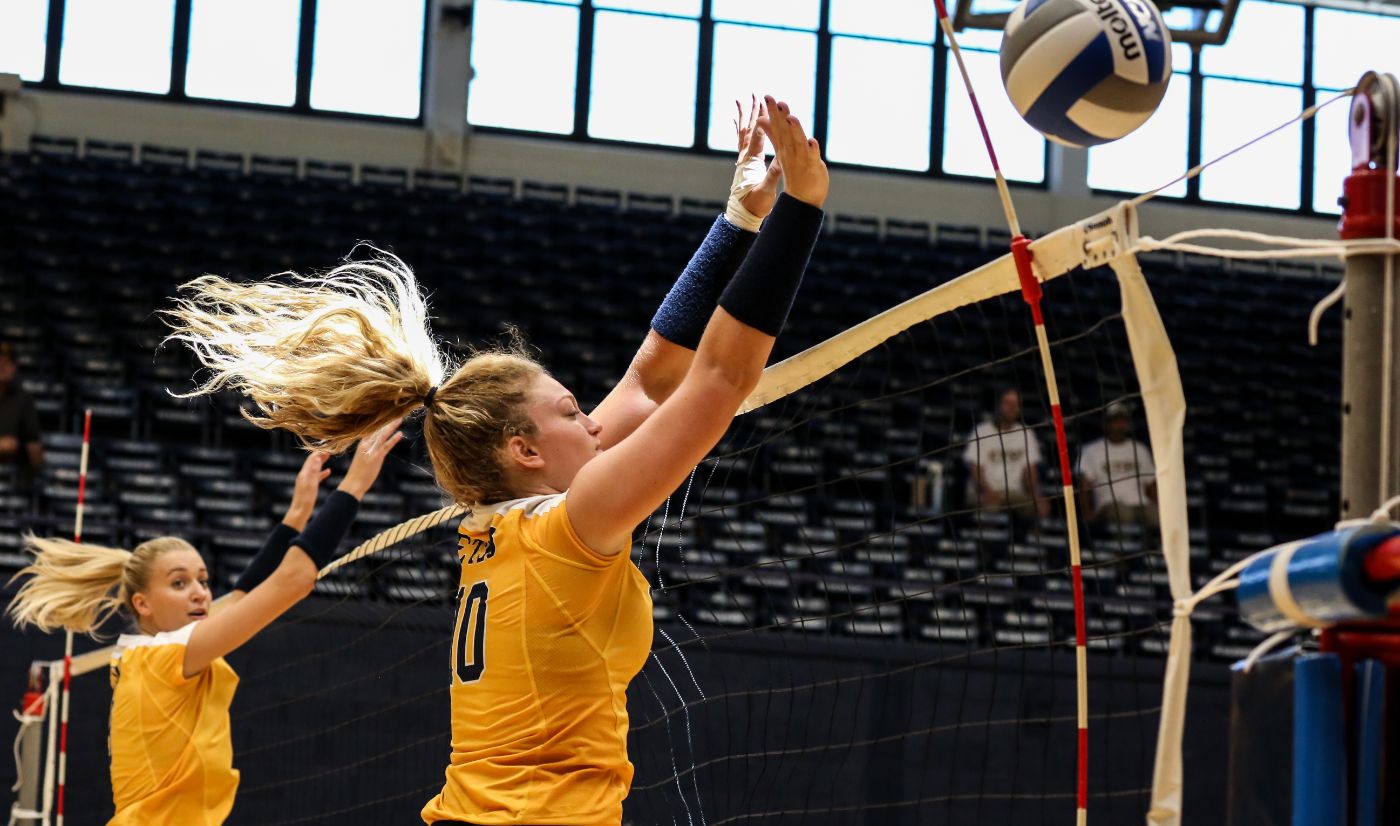 ETSU picked up its seventh win of the season on Friday

Presbyterian Recap: ETSU’s offense was firing on all cylinders against the Blue Hose as it hit .356 as a team with just nine attack errors. Senior Briana Allmon (Flower Mound, Texas) paced the Buccaneer attack with 13 kills on 20 attempts with just one miscue (.600 hitting percentage). Allmon also contributed defensively with seven digs and a block.

Defensively, the Bucs slowed Presbyterian’s offense considerably holding it to a .131 hitting percentage. A major contributor to ETSU’s defensive effort was Hailey Aguilar (Oswego, Ill.) who finished with a team-high 17 digs. Aguilar was also the Bucs’ top player on the serve in the contest totaling a pair of aces.

Alabama Recap: In its second match of the day, ETSU pushed Alabama to four sets before falling by a 3-1 final score. The Bucs picked up their set victory in the second frame due to some stiff defense as they held the Crimson Tide to a .176 hitting percentage along with a five-kill performance by AJ Lux (Shelbyville, Ind.) to knot the score at one a piece.

In addition to Lux, who finished with a team-high 13 kills, Aguilar put together her second straight stellar outing defensively. Aguilar totaled 19 digs, which marked a season-high for ETSU’s libero. For the day, Aguilar finished with 36 digs (5.14 digs/set).

Coach’s Take: “Each match demonstrated positive elements that we stress each day in practice,” said ETSU Head Coach Lindsey Devine. “Alabama is a talented team so I wanted this match to challenge us to see how we respond. We are winning some mental battles out on the court and I know that these opportunities which we can reference to will help as we head into conference play.”

Up Next: The Bucs will close out the Crimson-White Tournament Saturday afternoon with a match against Georgia Southern. First serve against the Eagles is scheduled for 3 p.m. at Foster Auditorium.