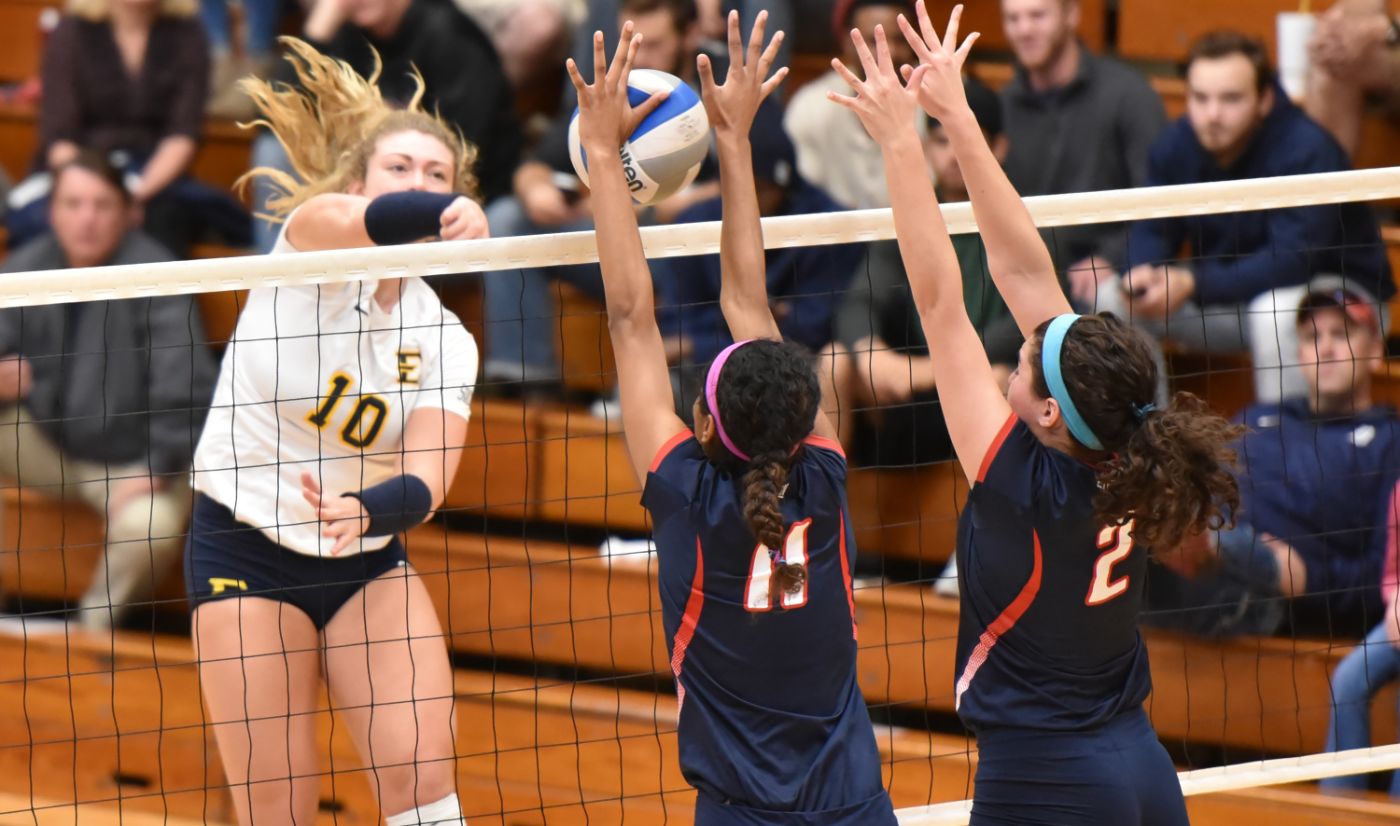 ETSU finishes the weekend with a 2-1 record

TUSCALOOSA, Ala. (Sept. 17, 2016) – The ETSU volleyball team wrapped up the Crimson-White Tournament with a 3-0 sweep over Georgia Southern Saturday afternoon (25-18, 25-16, 32-30). The victory closes out the non-conference slate for ETSU as it finishes that portion of its schedule with an 8-4 record.

Set 1: ETSU’s offense started Saturday’s match with a bang as it hit a match-high .414 on 29 attempts en route to a 25-18 victory in the opening set. Additionally, the Bucs had a varied offense as six different ETSU players registered at least one kill. Leading this group was Briana Allmon (Flower Mound, Texas) who notched five of her 14 kills in the opening set.

Set 2: The second set was won by the Bucs on the hot-hitting of sophomore AJ Lux (Shelbyville, Ind.). Lux had eight kills on 10 attempts with just one attack error in the second (.700 hitting percentage). Setting up Lux for the most part was fellow sophomore Alyssa Kvarta (Crown Point, Ind.) who notched a match-high 13 assists in the second.  Thanks to the duo of Lux and Kvarta, the Bucs went on to beat the Eagles by nine points, 25-16.

Set 3: In the most competitive set of the match, the two teams battled to extra points in the third. Lux put together back-to-back kills to give the Bucs the two points they needed to close out the match, 32-30.

Coach’s Take: “Finishing our preseason with a win is a great feeling,” said ETSU Head Coach Lindsey Devine. “Throughout our matches so far different people have come up big. Overall AJ (Lux) and Briana (Allmon) carried our team today but when we needed a big swing in the third Rylee (Milhorn) found a way. Aya (Lechin) stepped in with great serves and got the ball to our hot hitter which was AJ. This team has a lot of talent and just needs to keep on bringing a fearless attitude.”

Up Next: The Bucs will open Southern Conference play next weekend with a pair of road matches at Furman and Samford. ETSU will take on the Paladins Friday at 6 p.m. before wrapping up its first weekend of SoCon play at 8 p.m. Saturday.