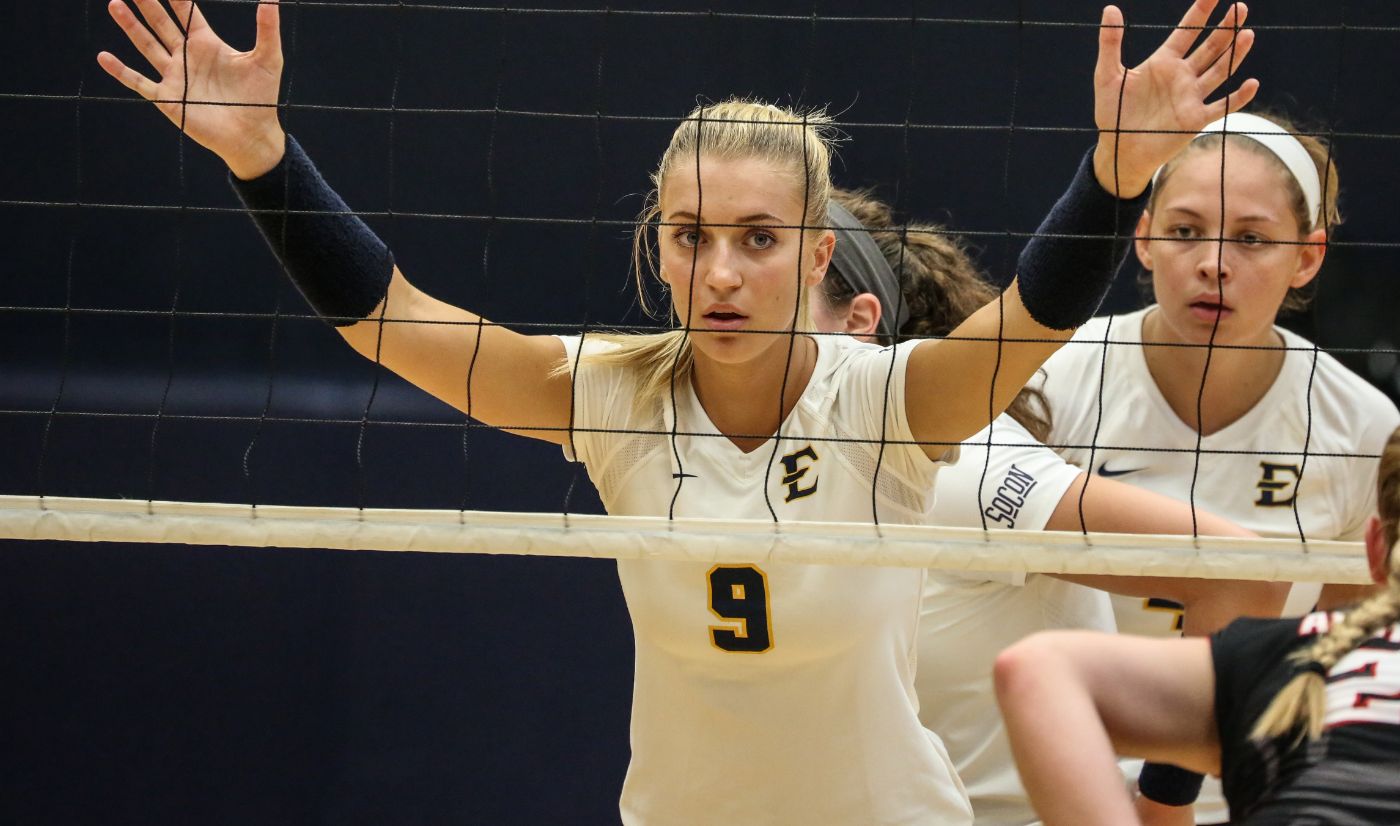 Bucs battle but fall in their conference opener

Set 1: The Bucs and Paladins were locked in a back-and-forth matchup in the opening frame as both teams held multiple leads. ETSU, however, took the advantage at 13-12 and never trailed after that as it went on to win the first set, 27-25. Sophomores AJ Lux (Shelbyville, Ind.) and Hailey Aguilar (Oswego, Ill.) paced the Bucs in the first. Lux totaled a team-high seven kills, while Aguilar notched eight digs in the match’s opening set.

Set 2: Furman came rallying back in the second set as it evened the match at a set a piece thanks to a 25-18 victory. ETSU struggled mightily with attack errors in the frame as it committed eight in total. Lux continued her hot hitting in the second with a team-high four kills in the stanza.

Set 3: After a sluggish set offensively in the second, the Bucs got things clicking in the third as they put together their best set in terms of hitting percentage of the match. ETSU, which hit .310 on 29 attempts, had five different players register kills in the frame to help the team pull ahead of the Paladins, 2-1, with a 25-17 win.

Set 4: The fourth set went down to the wire as both teams had multiple opportunities to clinch the set but it proved to be the Paladins in the end as they pulled even with the Bucs, 30-28. Senior Briana Allmon (Flower Mound, Texas) put forth her most productive set in the match to keep the Bucs close with six kills in the fourth.

Set 5: ETSU and Furman were tied as late as 9-9 in the fifth set, but the Paladins scored six of the next eight points to clinch the 3-2 victory. Neither team hit with much accuracy in the fifth as the Bucs hit .062 on 16 attempts, while the Paladins hit at a .150 clip on 20 attacks.

Coach’s Take: “A good battle tonight,” said ETSU Head Coach Lindsey Devine. “We did have moments to close out the match but when we slightly opened the door, Furman took advantage. After the match we all recognized where we need to make personal adjustments, myself included so that we will be ready for our match vs. Samford tomorrow.”

Up Next: ETSU will continue on this three-match road swing to begin the conference season Saturday as it travels to Birmingham, Ala. to take Samford. First serve is slated for 8 p.m.