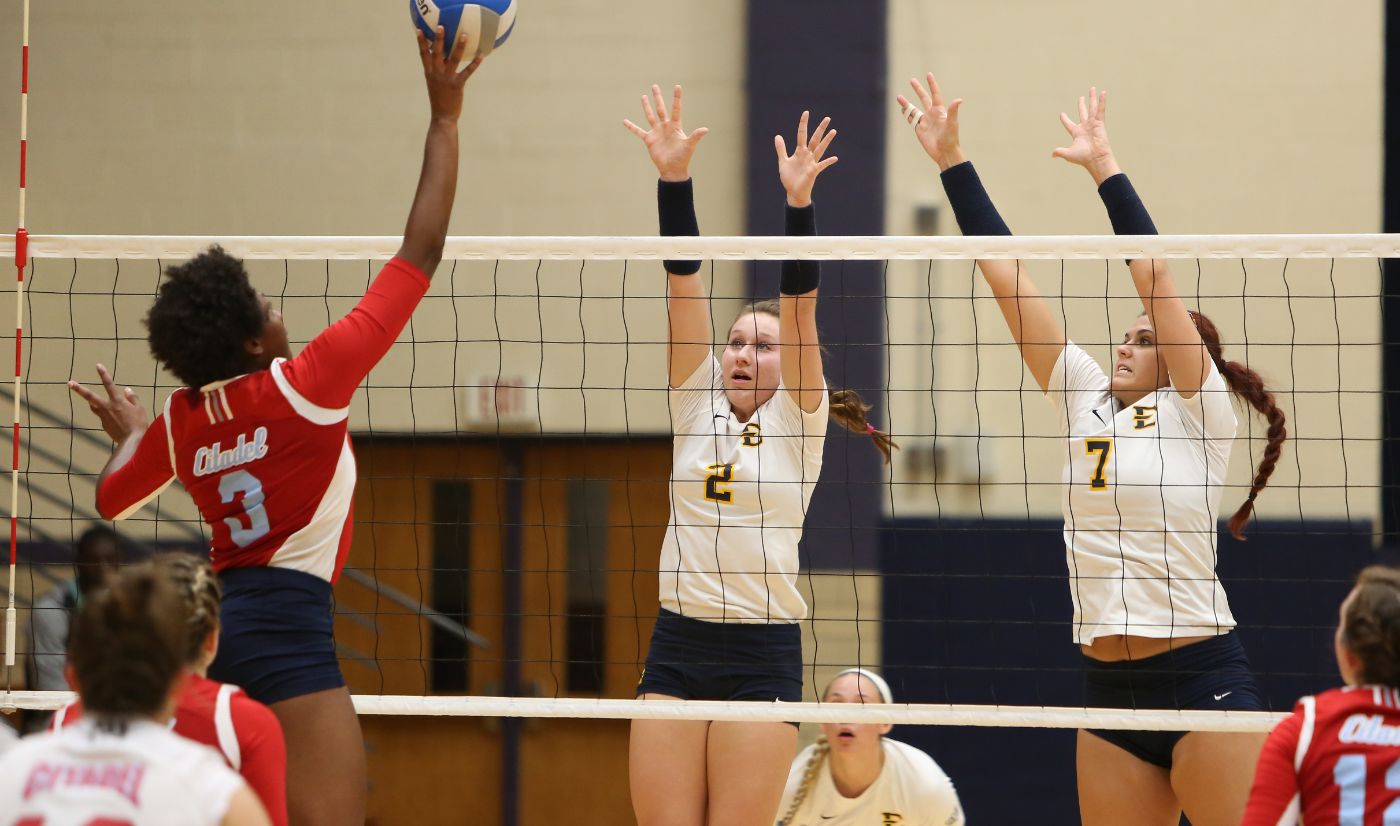 “Everyone knows winning on the road is tough but having to go five sets back-to-back nights really tests the will and heart of a team,” said ETSU Head Coach Lindsey Devine. “Tonight we worked through the process and overall we trusted our game plan. In the fifth set tonight, I saw a team fueled to work through the challenges identified from last night which resulted in getting the win tonight.”

The Bucs began Saturday’s match firing on all cylinders. ETSU hit .286 and .250 in the first and second sets, respectively, while eight service aces and 42 digs over the first two frames. Due to the balance both offensively and defensively, the Bucs easily won the first two frames by scores of 25-19 and 25-18.

Samford rallied, however, as it corrected offensive issues that plagued it in the first two frames in the third and fourth. As a team, the Bulldogs improved their hitting percentage from .000 in the first all the way to .325 in the fourth. Due to the improved offense, the Bulldogs battled back from a 2-0 deficit to force a fifth set.

The rally by the Bulldogs would come up short though as the Bucs jumped out to an early 4-0 lead and never looked back in a 15-9 win. Senior Briana Allmon (Flower Mound, Texas) paced ETSU in the final frame with four kills on seven attempts with no attack errors (.667 hitting percentage).

ETSU had several standout individual performances in Saturday’s match. The trio of Allmon, AJ Lux (Shelbyville, Ind.) and Rylee Milhorn (Kingsport, Tenn.) all posted kill total above 13 and attacked at a percentage of .250 or higher. Defensively, ETSU had five different players reach double figures in digs with two of those players in Allmon and Kristen Favre (Plano, Texas) had double-doubles. Allmon finished with 19 kills and 13 digs and Favre had 46 assists to go along with 13 digs.

Up Next: The Bucs will hit the road again for their next match as they will take on in-state rival Chattanooga on Friday. The match against the Mocs is set to get underway at 6 p.m.