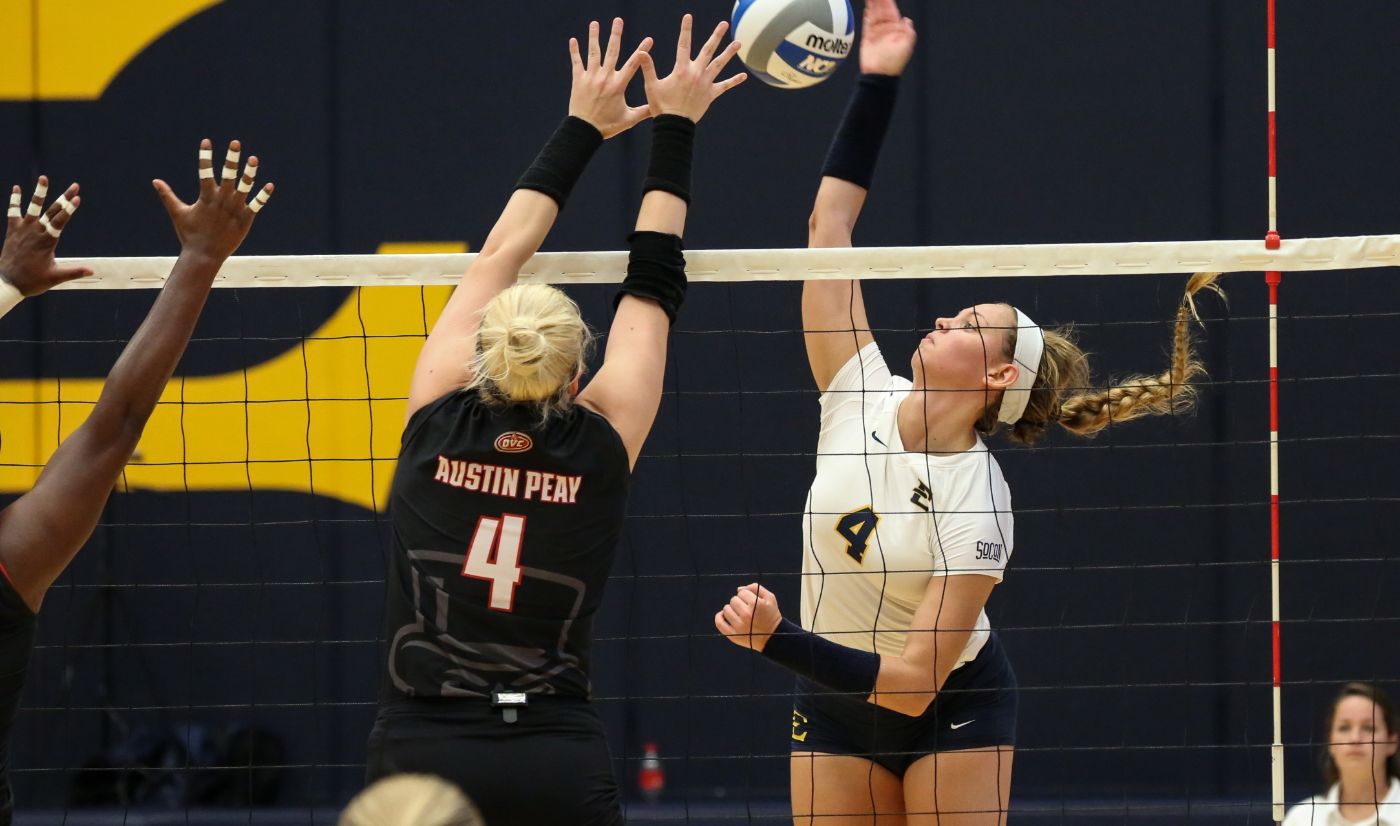 Set 1: ETSU rallied back from an early five-point deficit to not only tie the score at 13-13 but also took the lead shortly thereafter en route to a 28-26 victory in the opening set. AJ Lux (Shelbyville, Ind.) and Allmon paced the Bucs with seven and four kills, respectively. Allmon also paced the team with three service aces, which matched a season-high.

Set 2: The Bucs scored six of the first seven points in the second after winning the opening set, but the Mocs stormed back to take the second set, 25-23. Freshman Kaela Massey (Brentwood, Tenn.) did a little of everything for ETSU in the second as she totaled three kills, two blocks and an ace in the stanza.

Set 3: Despite four kills from Lux and Allmon, the Bucs dropped their second straight set to the Mocs in the third, 25-21. ETSU was within a point of Chattanooga late in the frame, 22-21, but the Mocs rattled off a 3-0 run to clinch the set and pull ahead of the Bucs, 2-1.

Set 4: Allmon totaled a match-high 10 kills in the fourth but it proved to be not enough as the Mocs finished off the Bucs in the fourth, 25-20. A major key in the fourth frame was Chattanooga’s offensive efficiency as it hit a match-best .342 on 38 attempts with 16 kills. Preseason All-SoCon member Kristy Wieser led these efforts with seven of her 19 kills in the final set.

Coach’s Take: “Chattanooga is a good team that requires any team that comes into its gym to play very well,” said ETSU Head Coach Lindsey Devine. “We executed on many of the pieces that were part of our game plan but we are trying to figure out consistency in key moments. Briana carried a big load tonight and played with a fearless attitude. We are a team that is a work in progress so we are looking forward to the next opportunity.”

Next Up: The Bucs will finally return home to Brooks Gym after over a month on the road next Friday against Western Carolina. First serve is scheduled for 6 p.m.