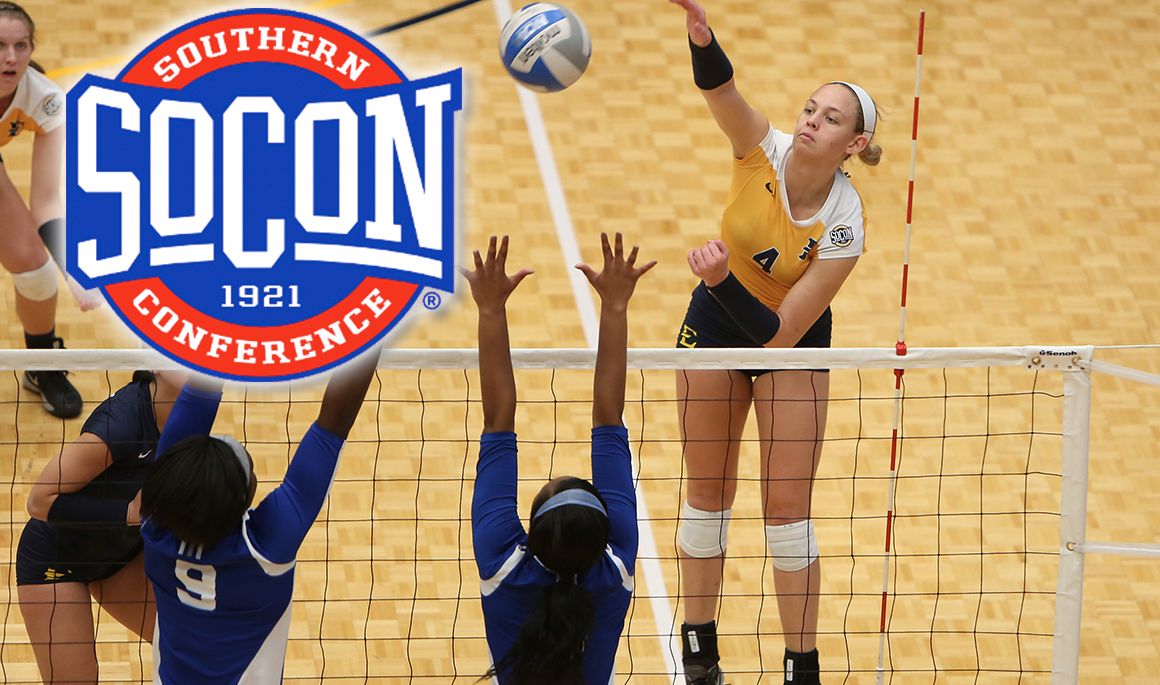 Allmon had 5.38 kills per set in two victories this past weekend

Allmon during the week of Oct.3 – Oct.9 helped the Bucs earn two victories over Western Carolina and UNC-Greensboro totaling 43 kills, averaging 5.38 per set. Last Friday versus the Catamounts, Allmon had a career-high 28 kills in the five set victory.

The 28-kill performance was the third most by a SoCon player this season. Against UNC-Greensboro on Saturday, Allmon nearly had her sixth double-double of the senior recording 15 kills and seven digs.

Allmon leads the Bucs with 246 kills and ranks third in the SoCon with 3.84 kills per set. In the last six matches, the Flower Mound, Texas native has recorded double-digit kills and has 13 matches this season of at least 10 kills or more.

She is the third Buccaneer to receive SoCon Player of the Week honors this season.