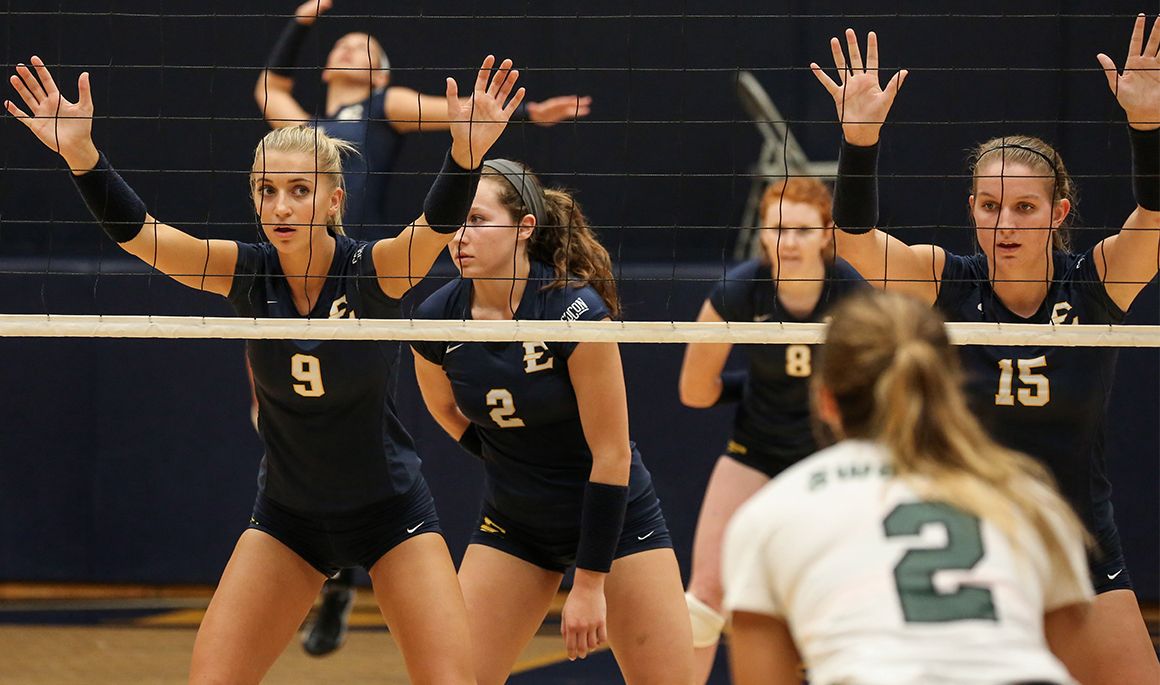 JOHNSON CITY, Tenn.  (October 11, 2016) – The ETSU volleyball team continues Southern Conference action this week with three matches. The Bucs will host rival Chattanooga (Oct.12) at 6:00 p.m. before hitting the road for a pair at Wofford (Oct.14) and at Western Carolina (Oct.15).

Scouting the Buccaneers
Heading into the week, the Bucs are 11-6 overall and 3-2 in SoCon play. Last weekend ETSU defeated Western Carolina in five sets on Friday and UNC-Greensboro in three sets on Saturday. The blue and gold have won three of their last four matches.

Home Sweet Home
Brooks Gym has been kind to the Buccaneers this season compiling a perfect 5-0 record at home. In the 2016 campaign, ETSU has lost just two sets at home.

Inside the Numbers
Prior to Wednesday’s contest against Chattanooga, the Bucs have a 20-5 record since 2012 in games played during the week. On Friday’s ETSU is 4-5 this season while on Saturday’s the Bucs have an overall record of 7-1.

Scouting Chattanooga
Chattanooga has an overall record of 11-7 and leads the SoCon at 4-1. The Mocs have won their last four matches defeating Wofford and Western Carolina last weekend. UTC is led by senior Kristy Wiester who ranks second in the conference with a .312 hitting percentage. Last season, the Mocs took all three meetings from the Bucs.

Scouting Wofford
Wofford is one of the top teams in the SoCon this season registering a 11-9 overall record and 4-2 in SoCon play. Last weekend on the road the Terriers fell on Friday in three sets to Chattanooga but bounced back on Saturday with a three set victory over Furman. ETSU leads  the all-time series over Wofford 16-5, as the Bucs and Terriers split the season series in 2015.