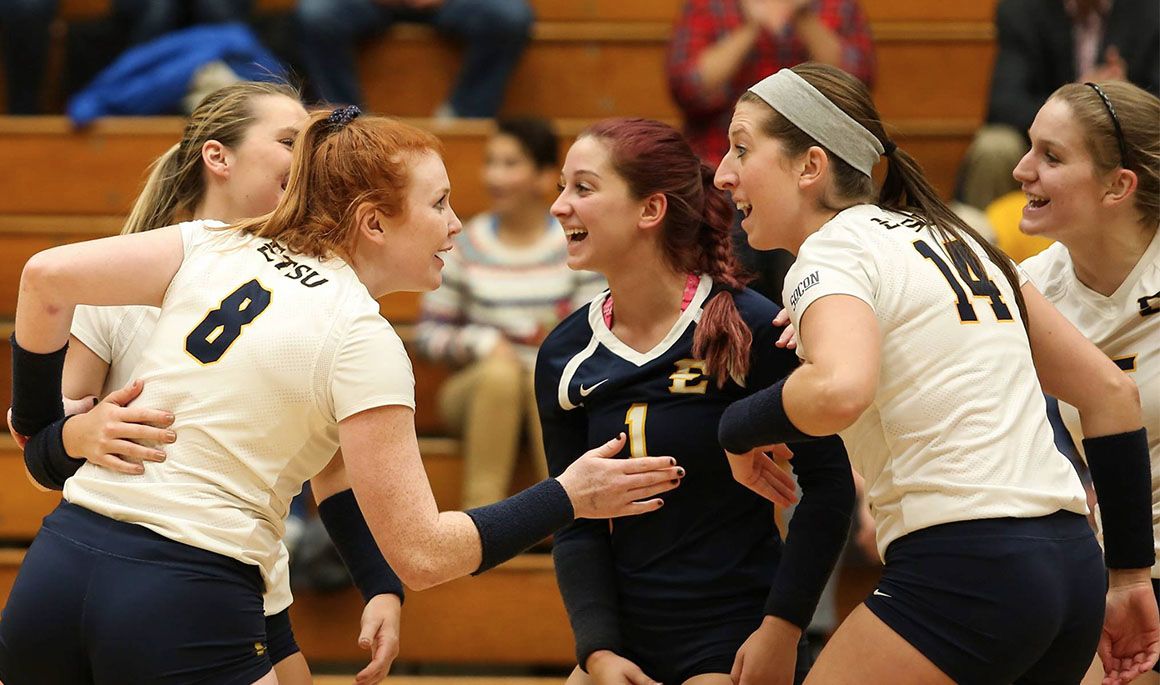 The Bucs have won 10 of their last 11 matches

JOHNSON CITY, Tenn.  (November 10, 2016) – Heading into the final weekend of the regular season the ETSU Volleyball team looks to stay atop the Southern Conference standings as the Buccaneers hit the road to take on The Citadel on Friday, November 11 followed by Mercer on Saturday, November 12.

Scouting the Buccaneers
ETSU has an overall record of 19-7 and 11-3 in conference play. The 11 conference wins in the most for the blue and gold since winning 11 back in 2014. The Bucs are coming off a four set victory at home on Tuesday against Furman.

Home = Undefeated
With a four set victory over Furman on Tuesday, the 216-17 ETSU volleyball team became the first team in school history to record an undefeated home record (11-0). At home this season the Bucs outscored their opponents 33-3.

20/20 Vision
With a win over the weekend the Bucs could clinch their 16th 20-win season in program history and first since 2013.

How “Sweep” It Is
ETSU has recorded 14 three-set victories this season which ranks fourth most in program history. The school record is 18 which was set back in 1991. Of the 14 sweeps this season, nine have been at home.

Scouting The Citadel
The Citadel Bulldogs have an overall record of 8-22 and a 1-13 record in conference play. The Bulldogs lone victory in the SoCon came on October 16 against the Furman Paladins. It was the first conference victory for The Citadel since 2011.

Scouting the Mercer Bears
It will be the 21 meeting between the Bucs and the Bears on Saturday as Mercer has an overall record of 14-12  and 8-6 in SoCon play. On Friday Mercer plays host to Western Carolina in Hawkins Arena before welcoming the Buccaneers.