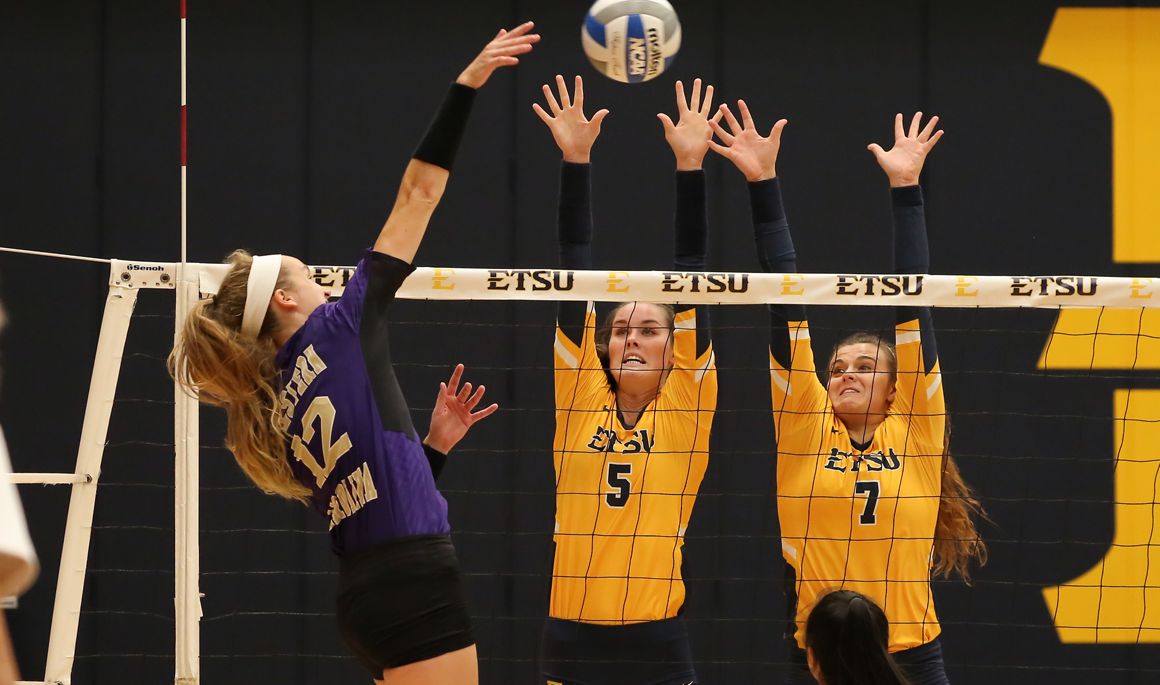 ETSU opens up conference play with back to back home games

JOHNSON CITY, Tenn. (September 21, 2017) – The Bucs host Southern Conference opponent UNCG on Friday night inside Brooks Gym. The match is set for 6:00 p.m. as both the number one and number two preseason coaches’ poll teams will face off for the first time this season.  Friday’s match will be streamed on the SoCon digital network.

SERIES HISTORY: The Bucs lead the all-time series 18-10. Back in 1993, ETSU won the meeting 3-0. Last year, both teams split the matches during regular season play. When ETSU hosted UNCG, they swept them 3-0, but when the Bucs traveled to Greensboro, they fell 3-1, which was their last meeting.

A LOOK AT ETSU: ETSU currently leads the SoCon with a .213 hitting percentage and 157 block assists. Individually, Mariah McPartland (Boone, Iowa) is second in the SoCon with a 1.02 block average per set. The Bucs are ranked second in assists and kills, right behind UNCG. Milhorn has led the Bucs all season in kills, while Lux and Clayton also have kills in the hundreds. Milhorn also leads the Bucs in digs at 119. Freshman libero Marija Popovic (Belgrade, Serbia) has 117 digs.

A LOOK AT UNCG: In the 2017 Southern Conference Coaches’ Preseason Poll, UNCG was picked to finished second with 50 votes. Also in the poll, UNCG placed three girls on the Preseason All-Conference Team, the most by any SoCon team. Outside hitter Ashley Muench, libero Christina Gregory, and setter Allison Penner were the trio. Muench leads her squad with 146 kills, while Penner had 437 assists. Gregory also leads the team in digs with 195. Megan Moran leads UNCG with 29 block assists and five block solos. UNCG has a 7-5 overall record, but ETSU will be their first conference opponent of the season.