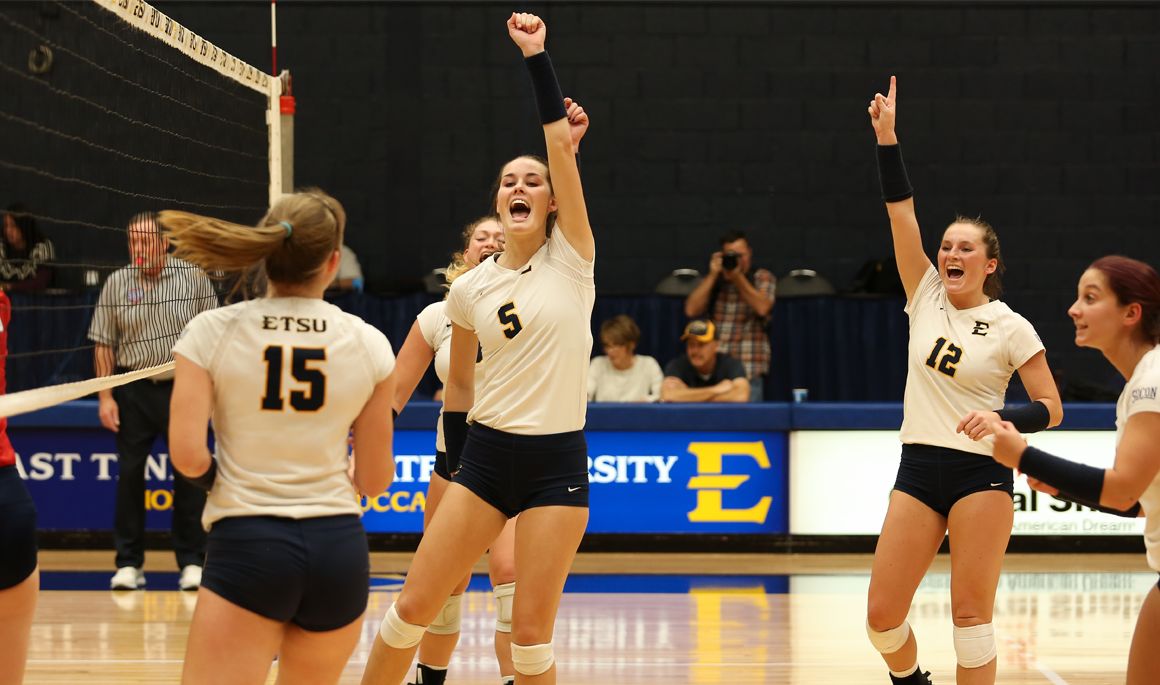 ETSU returns to action on Saturday at noon against Mercer

Set 1: It was a close set going back and forth throughout half the set. Kaela Massey (Brentwood, Tenn.) gave the Bucs a lead on her 3-0 serve run to put the Bucs ahead before Samford called a timeout. The Bucs continued to lengthen their lead. ETSU got set point after Marija Popovic saved the ball and Alyssa Kvarta pushed the ball over the net to continue the play. Massey ended that rally with a kill and the Bucs got the final point to end the set 25-18.

Set 2: Leah Clayton and AJ Lux got things started for the Bucs with back to back kills. Samford was able to get a few points, but the Bucs got on a roll and they were unable to be stopped. They built a ten-point lead twice throughout the set. Milhorn gave the Bucs a kill to give ETSU set point. Samford’s attacking error clinched the 25-10 win for the ETSU. Clayton and Milhorn both finished with five kills. Kvarta and Milhorn each had a service ace as well.

Set 3: It was another close set in the beginning, before Samford started to pull away with a four-point lead. ETSU chipped away after being behind the whole set to tie the score at 19 after a kill from Leah Clayton. From there, the set went back and forth between each team. Milhorn and Kalee Vanderhorst (Raleigh, N.C.) put the Bucs in a good position at 25-24 with back-to-back kills to give the Bucs match point, but errors hurt the Bucs as Samford came out on top 26-28. Popovic finished with seven digs, as she did in the second set as well. Despite the set loss, Clayton went on a roll with eight kills.

Set 4: The Bucs came out strong and focused to win. They built a five-point lead after Kaela Massey gave the Bucs a kill. Milhorn then put the Bucs ahead by ten and from there, ETSU was cruising. They added on to their lead and Samford was unable to come close, as Clayton secured the match with a kill to end it 25-11. Kvarta and Libs each chipped in two digs. Milhorn had the team-high of six kills in the final set.

Up Next: ETSU will get right back on the court tomorrow at noon in Macon, Ga. as they take on Mercer.