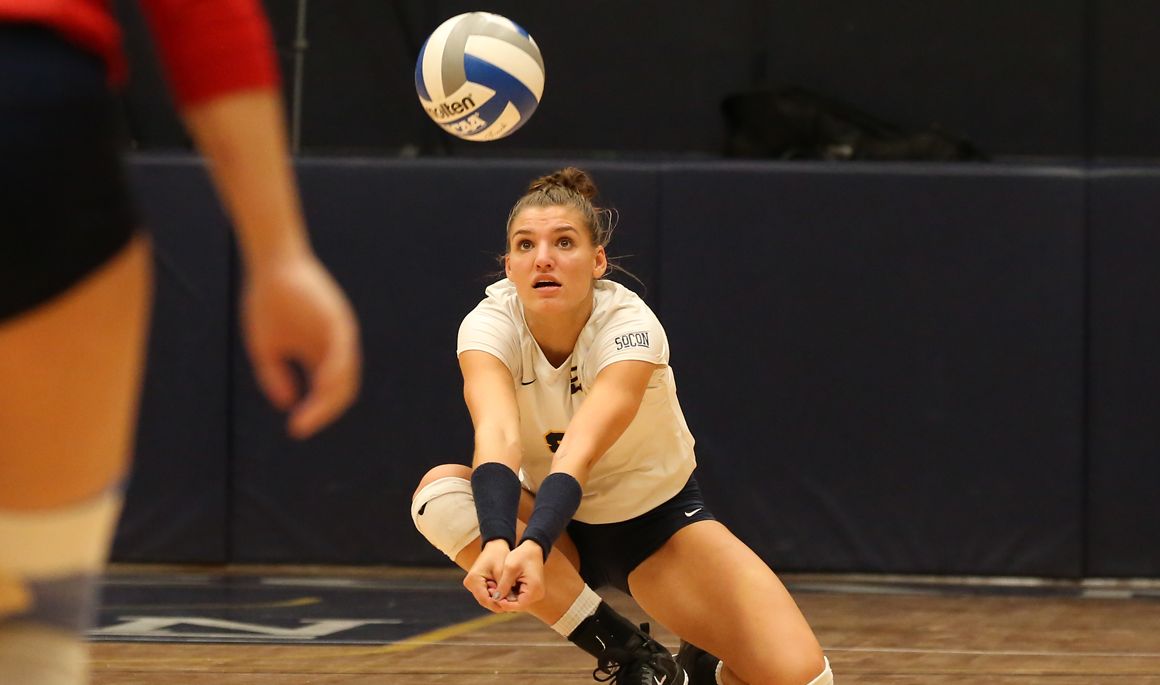 Rylee Milhorn (Kingsport, Tenn.) finished with the team-high of 17 kills, a .455 hitting percentage, while adding two digs and four blocks. Leah Clayton (Danville, Va.) recorded the only double-double of the match, picking up her fourth of the season with 11 kills and 14 digs. Setters Alyssa Kvarta (Crown Point, Ind.) and Lexie Libs (Floyds Knobs, Ind.) each had 13 assists. Marija Popovic (Belgrade, Serbia) had 12 digs and recorded a new career-high of nine assists. Kaela Massey (Brentwood, Tenn.) had the team-high of five blocks.

Set 1: The set went back and forth as Mercer tied it 4-4, before the Bucs went on 4-0 run to get a lead. Mercer fought back, but Rylee Milhorn went a 4-0 serve run to put the Bucs ahead 11-6. Marija Popovic then put the Bucs ahead 20-11, after she went on a 4-0 run with her serves. ETSU’s back to back blocks put them at 23-13 and then Milhorn gave the Bucs set point after her kill. A Mercer attack error secured the 25-14 win for ETSU. Milhorn finished the set with six kills and Leah Clayton finished with four. Kaela Massey, AJ Lux (Shelbyville, Ind.), and Kalee Vanderhorst (Raleigh, N.C.) each added one kill apiece. Lexie Libs and Marija Popovic each had five assists to set up the hitters. As a team, the Bucs out-blocked Mercer five to one and had a team hitting percentage of .310.

Set 2: Mercer had a 2-1 lead to begin the set, but after a Mercer service error, Popovic went a 4-0 serve run. Milhorn pitched in three kills during this time to extend ETSU’s lead to 6-2. Mercer called a timeout and added three points and continued to go on multiple 4-0 runs to take the lead. ETSU inched back and eventually tied the set at 19 after Lexie Libs tossed the ball over the net for a kill. The Bucs then got five points in a row to put them within set point and Milhorn clinched the second set with a kill to end it 25-21. She continued to dominate as she had seven kills in the second set. Alyssa Kvarta and Lexie Libs worked hard to set up their hitters and did a great job of doing so to help the Bucs come from behind to win. Clayton began to play hard defensively as she had a total of 11 digs after the first two sets.

Set 3: ETSU went on two 3-0 runs early on to pick up a 6-2 advantage. Mercer chipped in points here and there, but the Bucs continued to build on their lead to extend it to 18-10. The rest of the set went back and forth, but ETSU’s lead was too big for the Bears to catch up. Mercer’s service error secured the 25-16 win for the Bucs. Milhorn and Clayton each had four kills, while Lux had two and Massey had one. Braedyn Tutton (Courtice, Ontario) recorded two blocks as well.

Up next: The Bucs return home for their last two matches of the season. They will host Chattanooga on Wednesday, Nov. 8 and Wofford on Saturday, Nov. 11 for Senior Day.