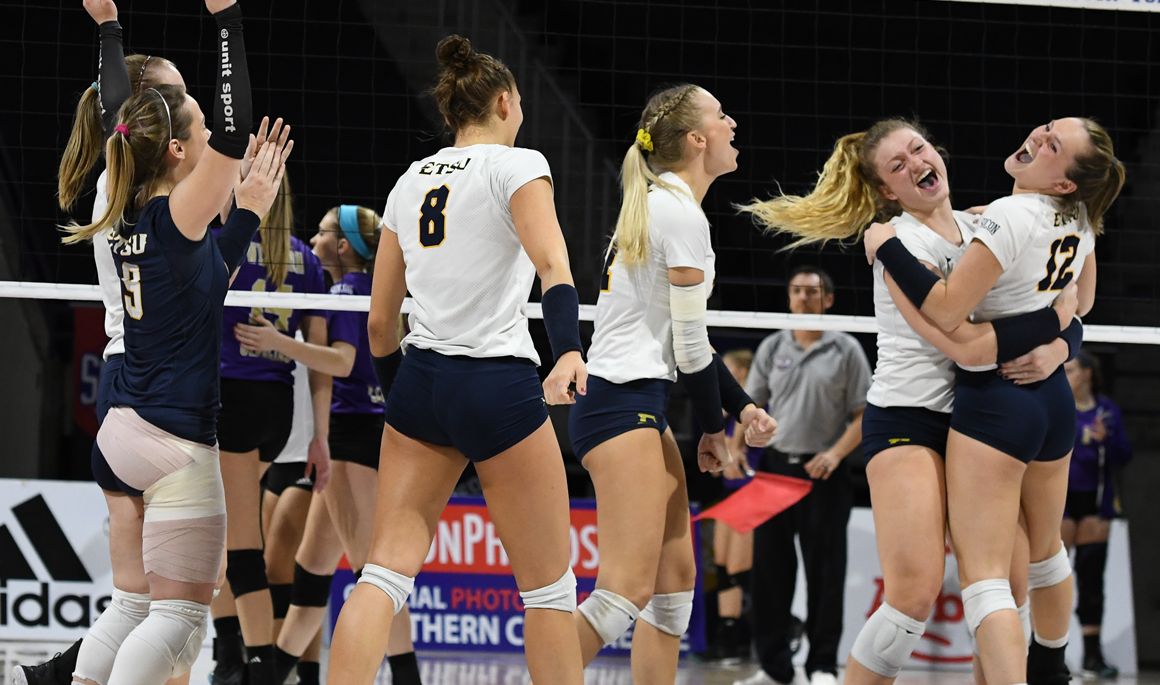 ETSU will play No. 3 UNCG in the semifinals

Set 1: The Bucs never trailed, scoring the first eight points of the set and forging a 20-12 lead before Western Carolina put on a 10-3 run to pull within 23-22. ETSU closed out the set with back-to-back kills from Alyssa Kvarta and Leah Clayton. The Bucs out-hit Western Carolina .340 to .211 in hitting percentages and owned a 21-12 advantage in kills. Clayton played a tremendous role defensively recording ten digs. Milhorn led the Bucs with five kills, followed by Kaela Massey (Brentwood, Tenn.) who had four.

Set 2: With the score tied 12-12, the Bucs built on three attack errors and a service error by the Catamounts to open a 20-15 lead. ETSU was ahead 22-18 before slamming the door shut with consecutive kills by Rylee Milhorn, A.J. Lux, and Braedyn Tutton. The Bucs again owned a decisive advantage in hitting percentage (.256 to .111) and kills (16-10). Lux led the set with four kills and Milhorn led the Bucs in digs with seven.

Set. 3: ETSU wasted little time in taking command, breaking open a 4-4 tie with a 10-3 run to grab a 14-7 lead. Western Carolina could get no closer than five points after that. Milhron finished the match by scoring ETSU’s last five points on four kills and a service ace. It was a true team effort by the Bucs who evenly tallied the digs.