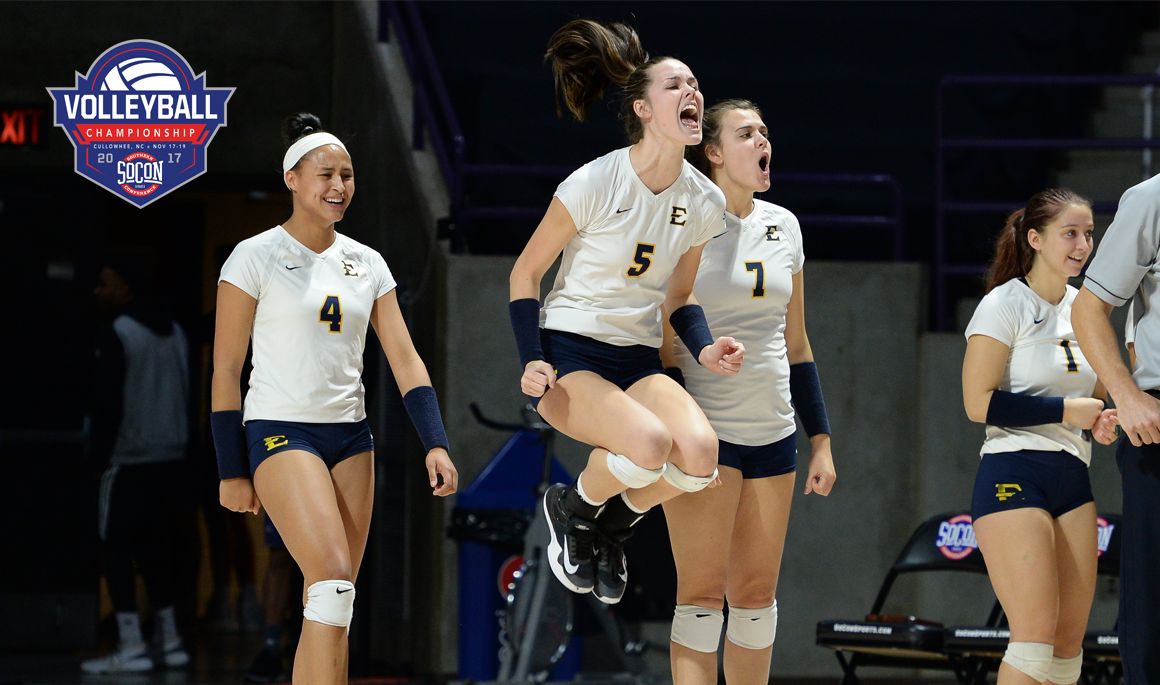 Rylee Milhorn (Kingsport, Tenn.) recorded her ninth double-double of the season finishing with 13 kills and 11 digs.

Marija Popovic (Belgrade, Serbia) had the team high of 18 digs.

Set 1: UNCG got on top first and held a two-point lead until both team fought back and forth to continuously tie the set. Leah Clayton gave the Bucs their first lead of the game off her kill, and from there ETSU continued to stay in control. Rylee Milhorn went on a 6-0 serve run, which helped lift the Bucs. UNCG fought back, but Alyssa Kvarta’s service ace gave them set point and UNCG’s attack error gave the Bucs a 25-19 set win.

Set 2: ETSU controlled the entire second set and did not lose their lead. They won the first two points and built upon their lead from there. AJ Lux gave ETSU back to back kills to give them a 16-11 lead. UNCG got within four, but Kaela Massey and Kalee Vanderhorst denied the Spartans with a block and the Bucs won the next three points. UNCG was able to get a kill, but Kaela Massey sealed the deal with a kill and service ace.

Set 3: The third set was the closest of them all, but ETSU had the lead throughout the set. Points went back and forth as the Bucs maintained a five-point lead when Massey and Vanderhorst combined for a block. UNCG kept fighting and got as close as 23-22, but Milhorn gave the Bucs a kill and an attacking error by the Spartans secured the 25-22 win.

ETSU will play in the championship match tomorrow (Nov. 19) at 2:00 p.m. against the Wofford Terriers. Wofford upset the No. 1 seed Furman earlier today with a 3-0 victory.