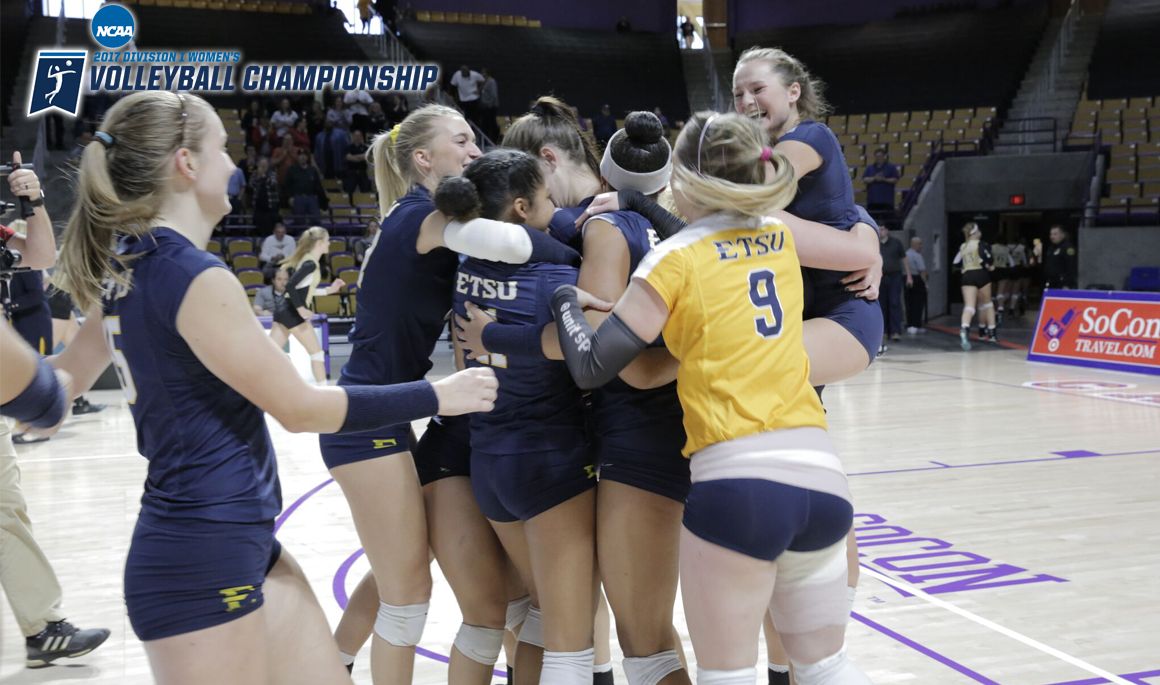 SERIES HISTORY: This will be the fourth matchup between ETSU and Kentucky. The last time the Bucs faced Kentucky was in 2012 when ETSU received an automatic bid after winning the A-SUN championship. Kentucky holds a 3-0 all-time record against ETSU.

A LOOK AT ETSU: ETSU is coming off of an exciting conference championship. ETSU swept all three opponents finishing 9-0 in sets. Rylee Milhorn was named the Most Outstanding Player, while Leah Clayton and Alyssa Kvarta were named to the All-Tournament Team. Kaela Massey was the Pinnacle Award Recipient for having the highest cumulative GPA among championship-eligible student-athletes. The Bucs are led by Milhorn on offense averaging 3.56 kills per set. Defensively ETSU is led by Braedyn Tutton, who averages 1.14 bocks per set.

A LOOK AT KENTUCKY:  Kentucky comes into tomorrow’s game with a 26-3 overall record, finishing 17-1 in the SEC. This is Kentucky’s 13th straight NCAA appearance dating back to 2005. Head coach Craig Skinner earned his second SEC Coach of the Year award. The Wildcats are led by Kaz Brown, Ashley Dusek, Emily Franklin, Leah Edmond, and Madison Lilley who were named to the All-SEC team. Lilley was also named the Freshman of the Year, while Dusek was named the Libero of the Year for the third straight year.

ROUND ONE AND TWO

Western Kentucky and Notre Dame are the other two opponents in this regional. Western Kentucky was an automatic qualifier after winning the Conference USA championship. The Bucs played Western Kentucky earlier in the season and lost 3-1. Notre Dame earned an at-large bid after finishing 12-8 in the ACC. All matches are single elimination.