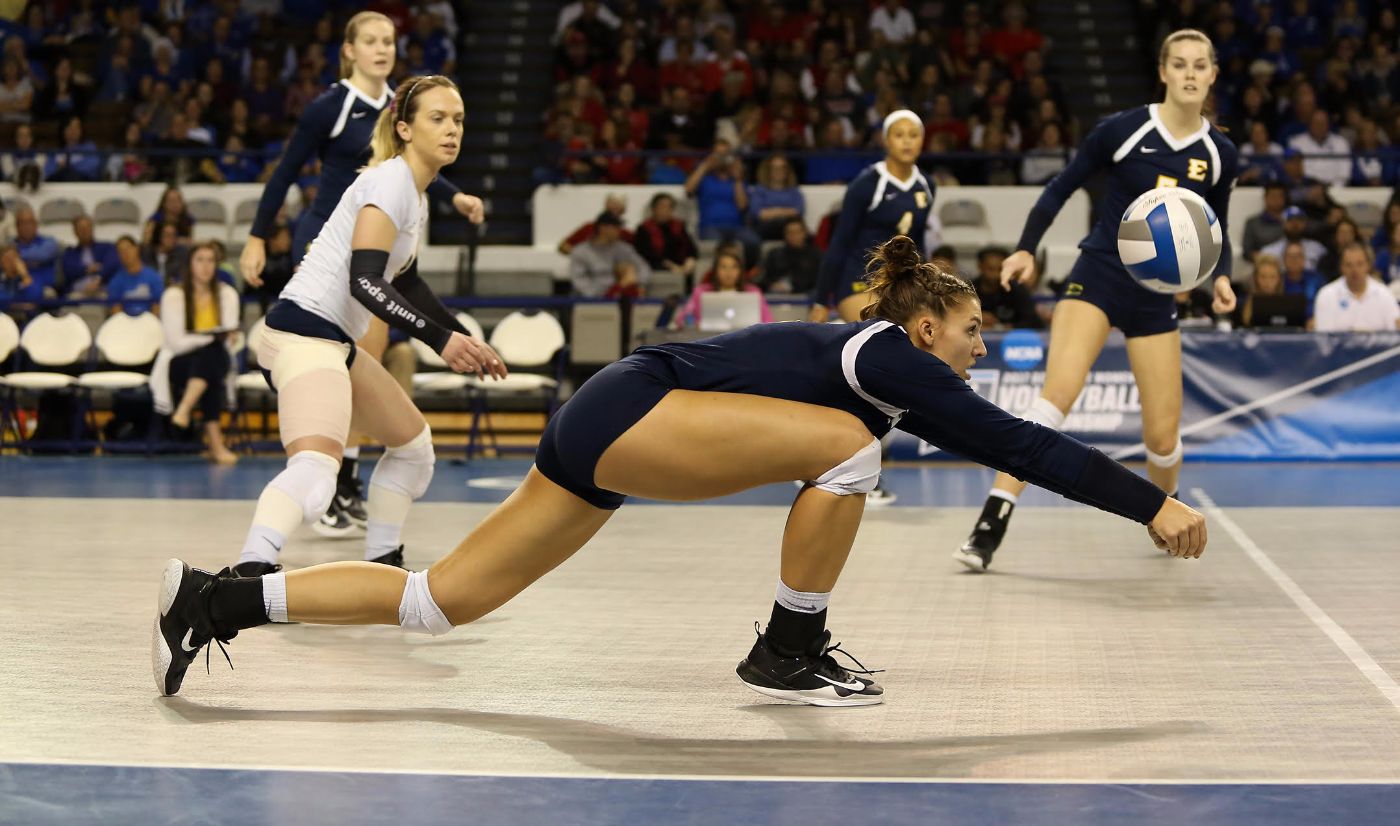 Marija Popovic had 13 digs and Mariah McPartland (Boone, Iowa) and Kalee Vanderhorst each had two blocks.

“We hit some really good highs,” said head coach Lindsey Devine. “We had a couple of matches that got away from us. We kept saying trust the process, trust each other, have fun with what you’re doing. We came into every practice with a how could we be better today mindset. We embrace those opportunities. As a team, I put it all back on them. I may be the coach, but they have to buy into what I’m saying. All twelve of those girls bought into what we’ve been talking about since the beginning of the preseason.”

Set 1: AJ Lux started things off for the Bucs with a kill to give ETSU the first point of the match. There were four ties and three different lead changes. Points went back and forth before Kentucky went on a 6-0 run. AJ Lux and Leah Clayton gave the Bucs back to back kills to put ETSU within four. Kentucky built a six-point lead before the Bucs called a timeout. Freshman Kalee Vanderhorst came out of the timeout firing back with a kill, but Kentucky’s kill ended the set 19-25.

Set 2: Kentucky had control over the entire set and built a five-point lead early on. The Bucs battled back and got within two of Kentucky after kills by Mariah McPartland and Rylee Milhorn (Kingsport, Tenn.), which forced the Wildcats to take a timeout. Vanderhorst’s kill kept them within two and Alyssa Kvarta’s service ace put the score at 17-18. A 3-0 run forced the Bucs to take a timeout, but back to back attack errors by the Wildcats kept ETSU close. Braedyn Tutton slammed the ball in the middle of court to give the Bucs their 20th point of the set, but ETSU would stay there as Kentucky won 20-25.

Before heading into set three, Coach Devine told her team to “Embrace the moment. What do we have to lose? Everybody out there were saying the odds of us winning against Kentucky was slim. We just had to play with no fear. I said to them that if we allow the game to control us, then we don’t have that control. We wanted to go out and play good volleyball. ETSU volleyball. It’s gritty, have fun with it and hopefully string a couple of points together.”

Set 3: The Bucs jumped out on top gaining a 3-0 lead with a kill by Leah Clayton and back to back service aces by Alyssa Kvarta. ETSU kept their momentum going to build a five-point lead. Back to back kills by the Wildcats gave them their first lead of the set at 12-13. ETSU stayed within two points throughout the remainder of the set, but Kentucky’s three kills and attack error by the Bucs gave the Wildcats set point. Braedyn Tutton was not ready for the set to end as she got back to back kills, but Kentucky’s final kill would ultimately end it 21-25.

ETSU concluded their season 19-12. “We graduate one senior. I’m really happy and excited. The game of recruiting is really tough. I like the incoming class that’s coming for 2018, but again they were here, so they’re going to take away so many great things. We’re going to build upon that. As a coach you’re proud, but you have so many reference points that you’re going to build upon and be able to use coming into the spring and preseason next year.”