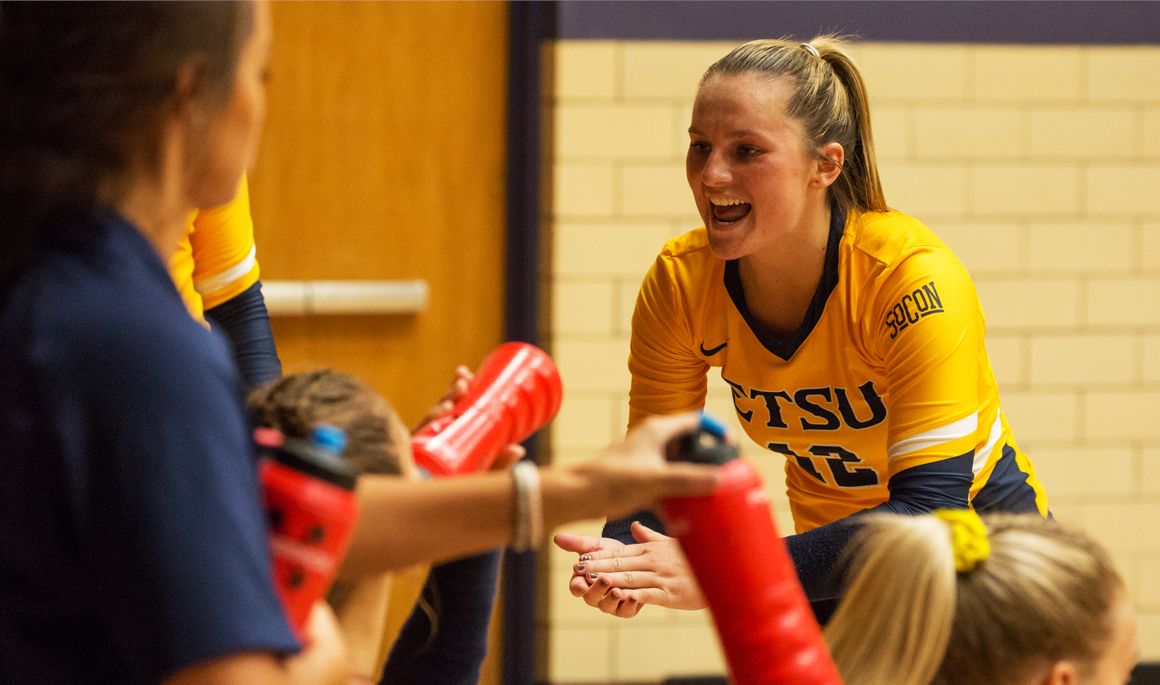 SPARTANBURG, S.C. (Aug. 18, 2018) – The ETSU volleyball team opened up the 2018 season with an exhibition match at USC Upstate. This is the second year in a row that teams have been able to schedule a scrimmage without it impacting their overall record. In their first outing of season, ETSU swept USP Upstate in three sets (26-24, 25-22, 25-19).

“The scrimmage opportunity is a great chance for us to work through lineups and compete against somebody besides ourselves,” shared head coach Lindsey Devine.  “I really liked the fight that the whole team displayed. I thought Alyssa Kvarta really ran our court with such great confidence. Overall the team demonstrated a lot of positive key elements we’ve been working on in our practices.”

ETSU will officially kick off the season next week, Aug. 24 at the Gamecock Invitational. They will play Clemson, South Carolina, and Texas A&M Corpus Christi throughout the two-day tournament.