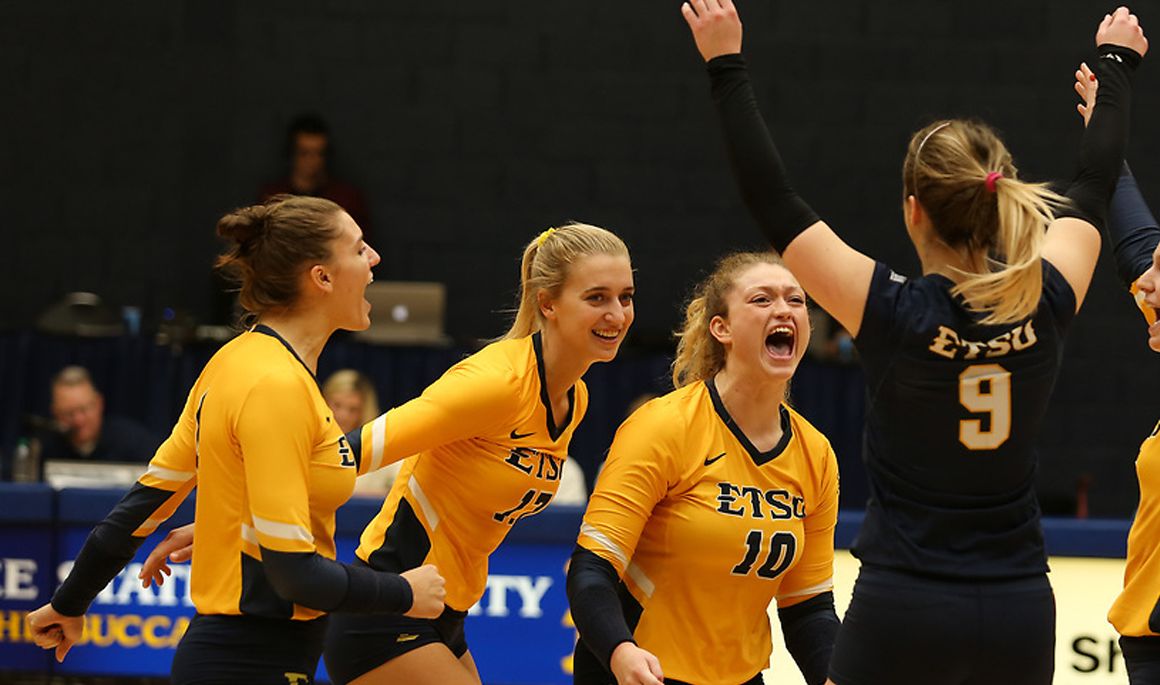 NASHVILLE, Tenn. (Aug. 30, 2018) – The Bucs will get back on the road to travel to Nashville, Tenn. for the Bruiser Showcase, hosted by Belmont. Once again ETSU will face three opponents in the span of two days. They are scheduled to play Tulsa, UMBC, and Belmont.

TOURNAMENT CENTRAL (all times in ET):

LAST TIME OUT: ETSU returned from the Gamecock Invitational with a 2-1 record with wins over Clemson and Texas A&M CC. As a team, ETSU had more kills than their opponents combined and had 21 blocks over three matches. Leah Clayton (Danville, Va.) and Alyssa Kvarta (Crown Point, Ind.) were named to the Gamecock Invitational All-Tournament Team. All 13 Bucs saw action last weekend.

ETSU vs. Tulsa: This will be their first meeting.

ETSU vs. UMBC: This will be their first meeting.

ETSU vs. Belmont: Belmont holds a 9-3 all-time record against the Bucs. The last meeting was in 2011.

A LOOK AT ETSU:  The Bucs will enter this weekend’s tournament with a 2-1 record after downing Clemson and Texas A&M CC. ETSU is led by upperclassmen. Clayton currently leads the team in kills, with AJ Lux (Shelbyville, Ind.) just behind her. Kvarta has captained the Bucs’ offense with her kills, assists, and digs. Mariah McPartland (Boone, Iowa) currently leads the Bucs in blocks and Marija Popovic (Belgrade, Serbia) leads the team in digs.

A LOOK AT TULSA: Tulsa has a 2-1 record coming into the tournament with wins coming from Bowling Green and Wofford. Their one loss of the season came against Purdue. Tulsa has three strong hitters and two main setters running a 6-2.

A LOOK AT UMBC: UMBC comes into Friday with a 1-2 record. They played Navy, Penn State, and Eastern Kentucky, at the Penn State Invitational. They return 11 letterwinners, while losing three and welcoming three. UMBC returns five of their starters from last season.

A LOOK AT BELMONT: Belmont enters the weekend with an 0-5 record. The Bruins finished last season with a 14-15 record. They lost four starters and return one. Maggie Mullins currently leads the Bruins with a 2.69 kills per set average with 43 kills.