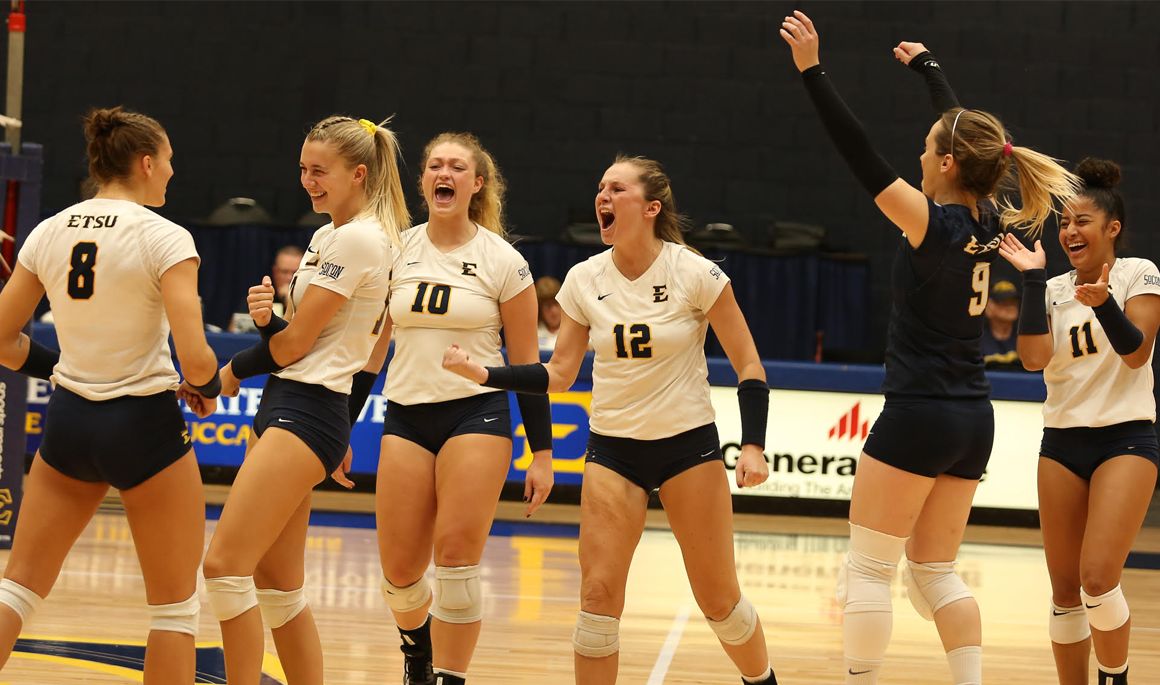 “Today we had to play hard and disciplined in order to earn our points against Belmont,” shared head coach Lindsey Devine. “But when you have a setter like Alyssa Kvarta who was so poised all weekend, our team was able to get the wins.”

Set 1: Set one was a back and forth battle between the Bucs and the Bruins. Multiple runs by both teams kept the match close. There were 13 ties throughout the set before the Bucs were able to get back-to-back points to win the set. Clayton’s kill gave the Bucs the 26-24 set point that the Bucs needed.

Set 2: The Bucs conquered the second set, winning 25-11. A 7-1 run gave the Bucs the fuel they needed. ETSU controlled a seven-point lead throughout the set. Kills by Lux and Kaela Massey (Brentwood, Tenn.), followed by a block by Tutton, gave the Bucs a 19-9 lead. Tutton then got ETSU one step closer with a kill to put the Bucs within set point. An attacking error by the Bruins gave the Bucs set win.

Set 3: Massey and Tutton gave the Bucs a 2-0 start in set three. Tutton then gave ETSU back-to-back points with another kill and a block. The Bucs went on a 4-0 run to grab a 13-6 lead with two kills each coming from Mariah McPartland and Clayton. ETSU continued to dominate grabbing an 18-10 lead causing the Bruins to call timeout. Belmont was able to record a few kills, but ETSU was unstoppable. Clayton’s solo block ended the match for the Bucs to secure the 25-17 match win.

ETSU returns home to host Tennessee on Tuesday, Sept. 4 at 7:00 pm inside Brooks Gym. The home opener is designated as a “Blue Out,” as fans are encouraged to wear their favorite Buccaneer blue.